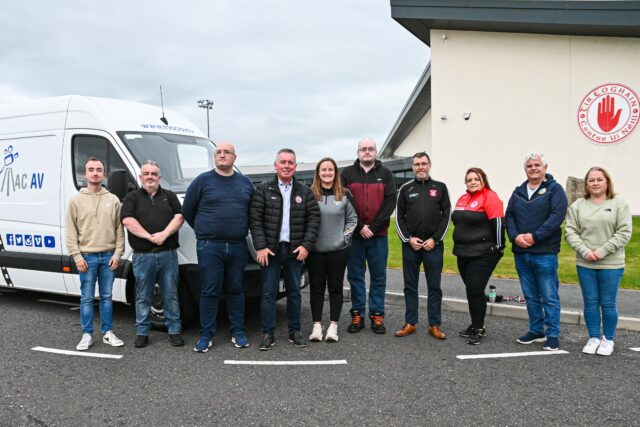 County PRO, Eugene Mc Connell pictured along with a new team of Communications volunteers who have come on board to assist Tyrone GAA’s Communication Committe with capturing all the action from the upcoming Tyrone Club Championship.

The popular saying “A picture tells a 1,000 words” well this year thanks to a dedicated team of Communications Photographers Tyrone GAA have brought on board a group of talented Club Gaels who regularly capture all the action on the Club scene within their Clubs. Now their photos will deliver the script of what will no doubt be an exciting story line.

During the Club Championship campaign, the new team of Communications Photographers will be present at all the games capturing all those magic action shots, presentations, team photo’s as well as those special moments which the Tyrone Championship always delivers.

In conclusion, Eugene stated Tyrone Communications strive at all times to seek improvements to how we deliver the promotion and profile of our games and with a new team of Photographers available, this takes the presure of what is a small group of volunteers in the Tyrone Communications Committee and allows them to cover other important areas within our Social Media platforms.