By tyronepro Wed 13th May 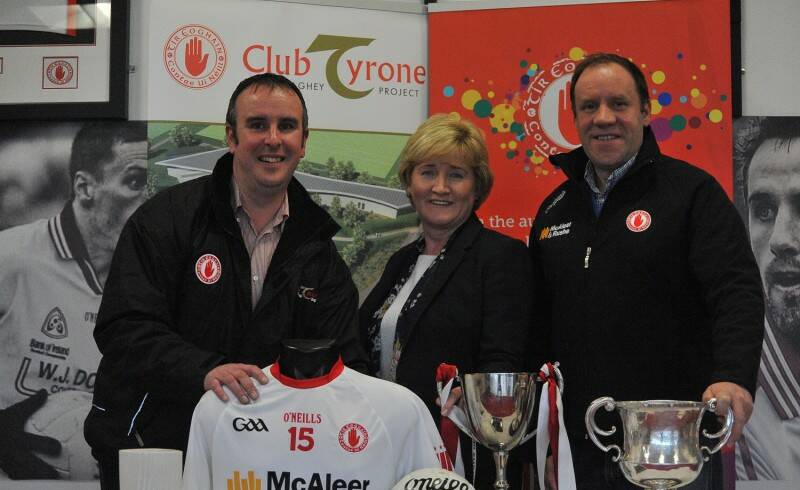 Preparations for the 2015 Club Tyrone Members’ Night are at an advanced stage and the committee charged with running the event have this week released details of the itinerary. The event will once again take place in Garvaghey on Thursday 14th May at 7pm.
The evening will be hosted by Eglish man Conal Martin who will chair a pre match discussion panel which will include Donegal man Kevin Cassidy and three time All Ireland senior medalist Conor Gormley.
Patrons attending will also have an opportunity to hear at first hand details of Tyrone GAA’s new underage coaching programme, Acadamh Thír Eoghain. A presentation outlining how coaching in Tyrone has been restructured under the new brand will form the core part of the evening. This presentation will reveal for the first time the names of the personnel charged with nurturing the young players involved in the programme.
Once again Tyrone senior manager Mickey Harte will be along towards the end of the event to announce the starting fifteen which will take on Donegal in Ballybofey. Details of the Tyrone minor starting fifteen will also be announced.
The evening begins as usual with a meal at 7pm and all club officers and delegates as well as Club Tyrone Members’ past, present and future are invited to attend. 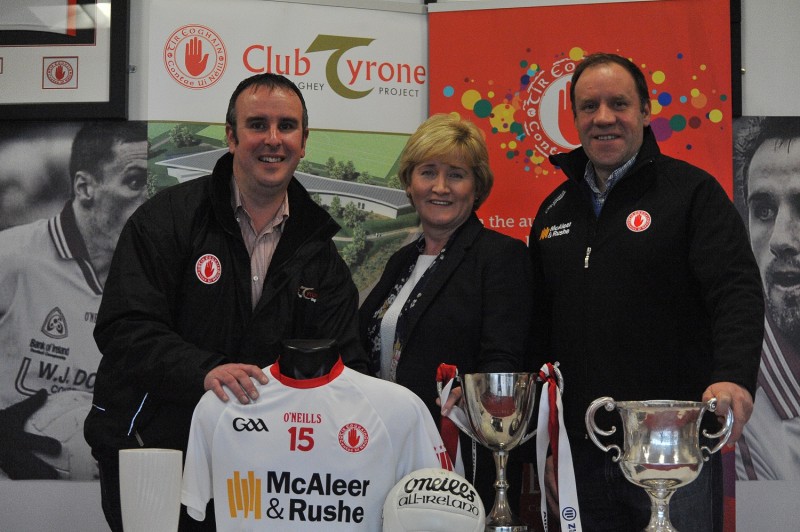 Tyrone County Chairperson Roisin Jordan with Club Tyrone committee member Martin Haughey and Under 21 manager Feargal Logan as he drops off the All Ireland trophy ahead of the Club Tyrone Members’ night which will take place in Garvaghey on Thursday 14th May starting at 7pm.

By tyronepro Wed 13th May