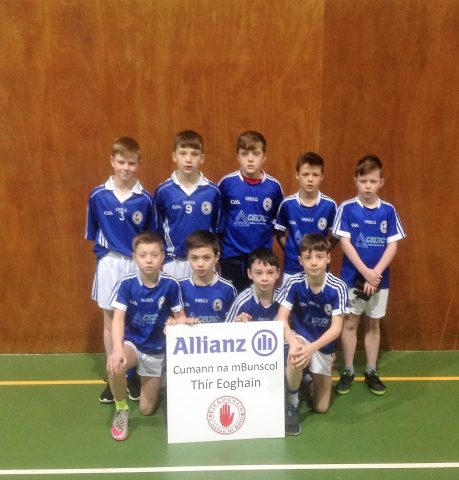 Allianz Cumann na mBunscol Thír Eoghain held the first Heat of its annual Boys’ Indoor Football competition in Cookstown Leisure Centre on Tuesday 31 January. Eight schools competed in another action-packed day of tremendous football, providing thrills and spills aplenty. What a busy day it was…
Teams were drawn into two groups of 4. Section ‘A’ featured St. Joseph’s P.S. Galbally; St. Patrick’s P.S. Mullinahoe, Ardboe; St. Peter’s P.S. Moortown and St. Mary’s P.S. Dunamore. These four school teams gave their all in a bid to qualify for the heat final but, despite a play-off, Ardboe and Moortown didn’t quite make it on this occasion. Two schools were left to battle it out for a coveted semi-final berth: St. Mary’s P.S. Dunamore and St. Joseph’s P.S. Galbally. It was the latter who topped the group, with Dunamore in second.
Section ‘B’ comprised St. Joseph’s P.S. Killeenan; 2015 Co. Champions: Holy Trinity P.S. Cookstown; St. Mary’s P.S. Stewartstown and St. Patrick’s P.S. Donaghmore. Again, these 4 teams displayed plenty of zest in battle. Honourable mentions to Stewartstown and Killeenan, but the team from Holy Trinity P.S. Cookstown eased through the group with a perfect 100% win-record and, Donaghmore joined them as group runners-up.
The scene was now set for our semi-finals and what promised to be a titanic battle between the near-neighbours and parish rivals from Donaghmore and Galbally. It had all the ingredients of a cracking tie – and so it proved. Indeed, it took an extra-time goal to seal Donaghmore’s place in the heat final. Hard luck to a valiant Galbally team led by Master Quinn.
The second semi-final was another ding-dong affair. Once again, a single goal proved enough for Cookstown to defeat a battling Dunamore (2-1). Credit to the lads from St. Mary’s – they played great stuff.
The final pitched former Tyrone Minor winning captain, Ryan Pickering, against current Tyrone Senior star, Peter Harte, managing Cookstown and Donaghmore, respectively. Fittingly, this was a drama-packed affair. Indeed, a last gasp goal sealed a comeback triumph for St. Patrick’s P.S. Donaghmore.
It was heartache for Cookstown but they did themselves and their school proud on the day – well done, lads! Donaghmore, on the other hand, book themselves a place in the Tyrone Indoor Co. Final to be held in MUSA Indoor Arena on Thursday 2 March. We wish them well. Ádh mór oraibh!
A huge word of thanks goes to our referee Marty Devlin, Stewartstown, and Eddie Doris (Rúnaí Allianz Cumann na mBunscol Thír Eoghain) for their valued input in helping ensure the success of this heat. Go raibh maith agaibh! 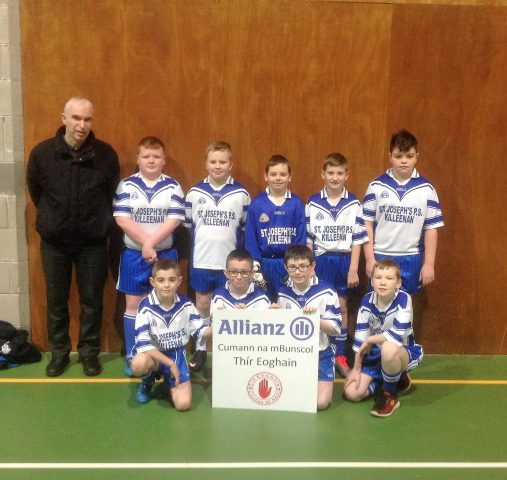 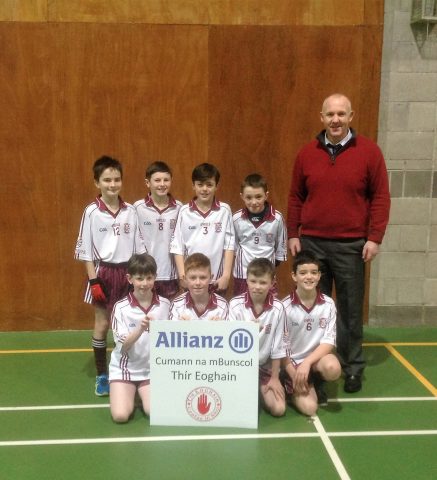 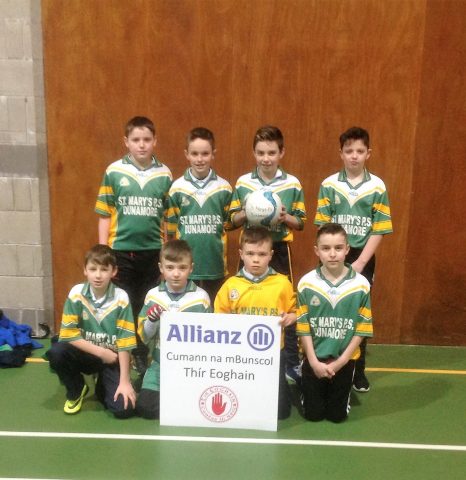 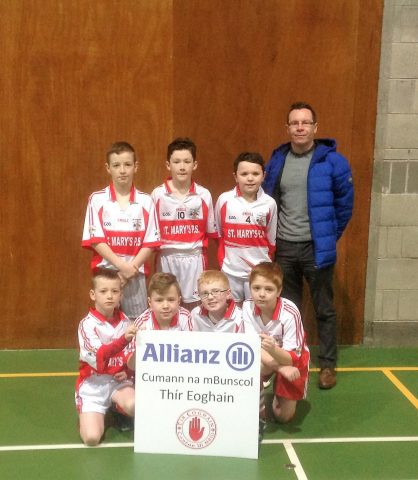 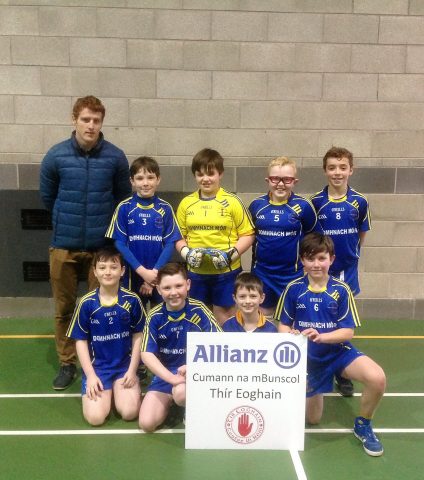 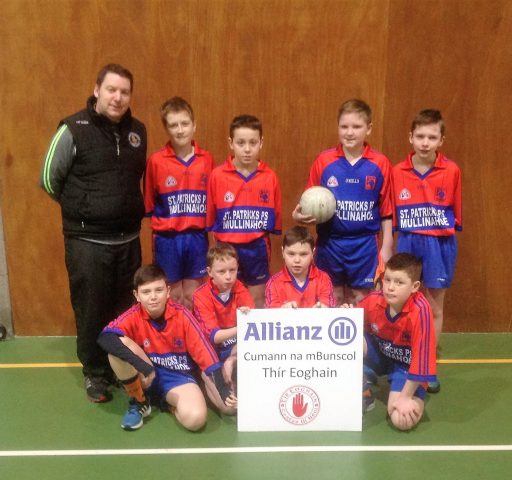 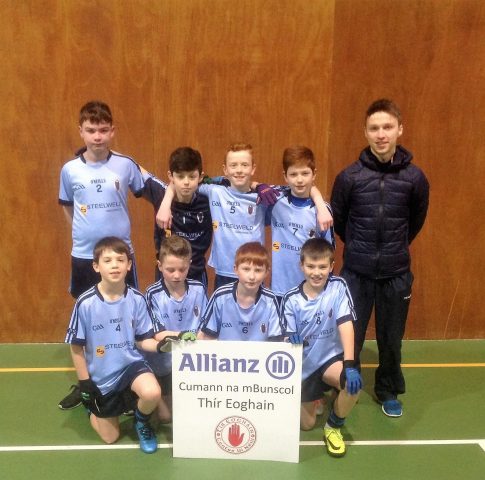