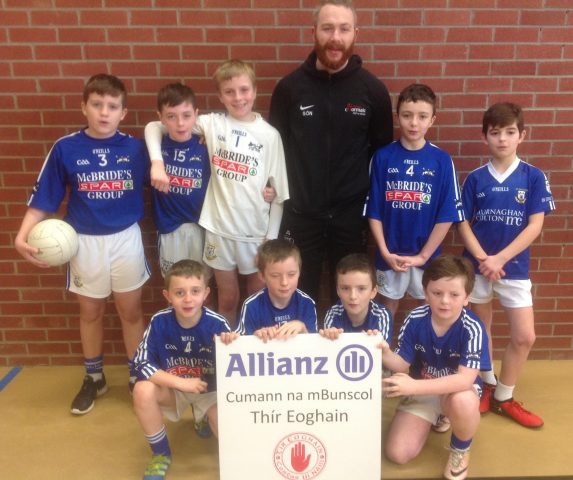 Allianz Cumann na mBunscol Thír Eoghain held Heat 4 of its annual Boys’ Indoor Football competition in Omagh’s Station Centre on Friday 3 February. Six schools competed in another action-packed day of tremendous football, providing thrills and spills aplenty.
Teams were drawn into two groups of three. Section ‘A’ featured St. Dympna’s P.S. Dromore; St. Catherine’s P.S. Strabane, and St. Colmcille’s P.S. Carrickmore. Ciaran Bellew’s lads from Strabane fought valiantly but found the opposition ‘keepers in top form. Consequently, they missed out on progression despite their worthy efforts. Instead, Dromore topped the section with a 100% win record. They were joined in the semi-finals by Runners-Up: Carrickmore.
Section ‘B’ comprised St. Patrick’s P.S. Castlederg; Holy Family P.S. Omagh and St. Mary’s P.S. Strabane. Holy Family P.S. topped the section with 2 wins from 2, and they were joined in the semi-finals by group runners-up: St. Patrick’s P.S. Castlederg. Danny McBride’s Strabane team won the 5th placed play-off as St. Mary’s saw off their Strabane counterparts 3-0.
The first semi-final saw a well organised, talented St. Dympna’s P.S. Dromore (Section ‘A’ Winners), cruise to a comfortable 3-0 win against a hardworking St. Patrick’s P.S. Castlederg. The ‘derg lads just ran out of steam, but still had a great tournament.
The second semi was an epic encounter. Section ‘B’ winners Holy Family P.S. met St. Colmcille’s P.S. Carrickmore in a classic clash. The match ended 1-1 at FT and 2-2 AET. These two terrific teams could not be separated. At this stage a hero was required with the winning ‘Golden Goal.’ Niall McCarney was that lad, as his winner sent Holy Family into the Final against Dromore. It was tough luck on the Carmen lads led by Mark Donnelly. However, the St. Colmcille’s P.S. would go on to win the 3rd placed play-off against Brian McGurk’s battling Castlederg side.
The final saw the last two unbeaten teams lock horns. It was always going to be a tense occasion – and so it proved. The hitherto undefeated Dromore lads, managed by Sean O’ Neill, gave their all, but a two-goal salvo from Holy Family saw them emerge victorious on a 2-0 scoreline. It was heartache for the gallant St. Dympna’s, but jubilation for Holy Family and their mentor, Declan McCusker. They now advance to the Tyrone Finals in March, to be held in Cookstown’s M.U.S.A. We wish them well.
Finally, thanks to Stephen McNamee for his expert officiating as referee, and to Damian Kelly and Eddie Doris (Allianz Cumann na mBunscol, Thír Eoghain) for co-ordinating this great event. Our thanks, also, to the staff from the Station Centre for their hospitality over the past few days.
Go raibh maith agaibh! 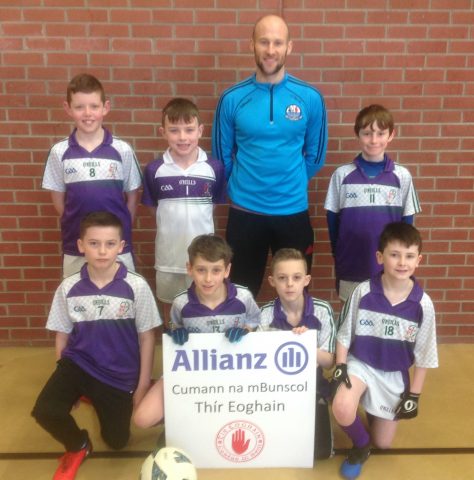 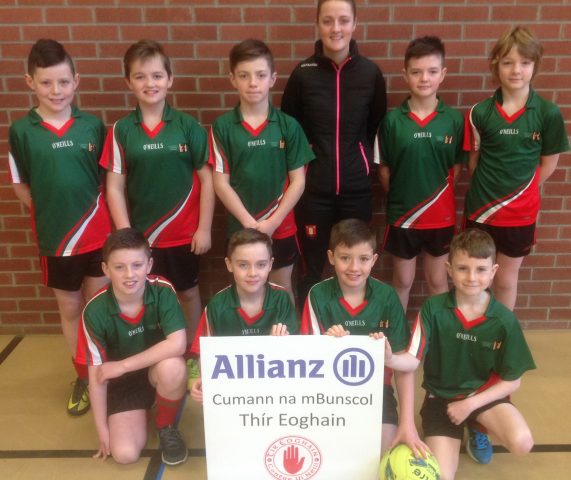 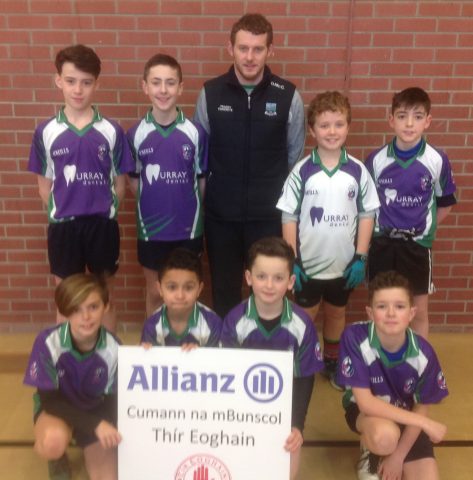 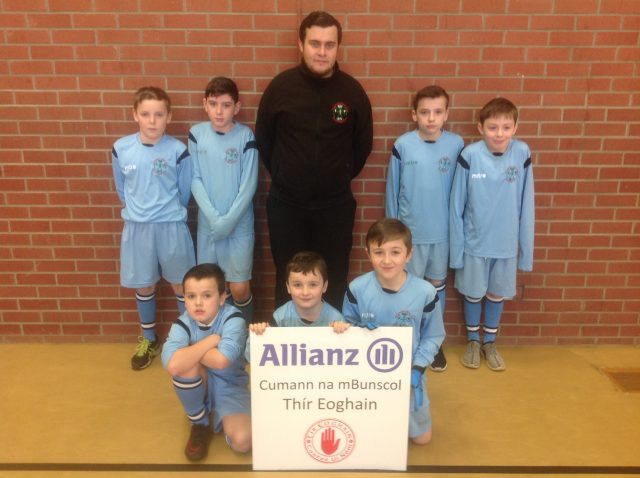 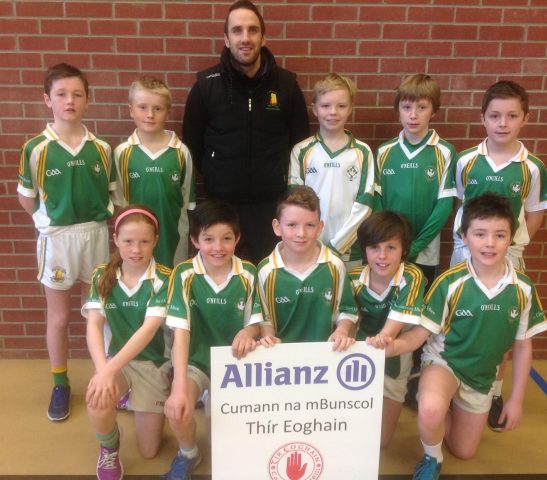