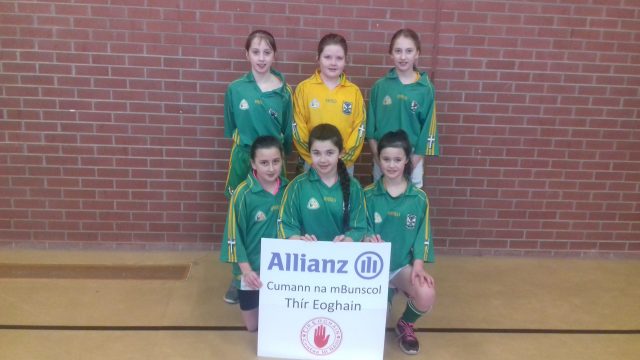 Allianz Cumann na mBunscol Thir Eoghain today held the third of six scheduled heats of the annual 5-a-side Girls’ Indoor Gaelic Football for Tyrone primary schools in Omagh’s superb Station Centre. A total of 5 schools competed for the honour of winning this heat. The format of the day’s play saw a series of games take place on a round-robin basis. As was the case in the first two heats, an extremely high level of skill and sporting behaviour was exhibited from all involved.
The opening match set the tone for the rest of the day’s play. It was a very tight contest between St. Teresa’s P.S. Loughmacrory and St. Patrick’s P.S. Newtownstewart, with Loughmacrory prevailing on a 1-0 scoreline. However, these sides would meet later in the piece…
The girls from All Saints’ P.S. Tattysallagh played superbly all day, but found the going tough. That said, they are a very young team and they’ll bounce back next year, no doubt. The way things were shaping, it was going to the wire as to who would qualify for the heat final. Loughmacrory looked impressive as they recorded 3 wins from their 4 matches. This was enough for them to reach the heat final. The burning question now was: who would join them?
Only one point separated Recarson P.S.; Newtownstewart P.S. and Christ The King P.S. The pivotal match occurred when Recarson and Newtownstewart met in a thrilling match that ended all-square at 1-1. This point for St. Patrick’s left them with 5 points, and a place in the day’s final. As it transpired, two schools finished agonisingly short of qualification when they each notched-up 4 points. So, a massive hard luck – but, well done – to Christ The King P.S. and Recarson P.S. You both performed brilliantly!
The final promised much, Loughmacrory and Newtownstewart had met in a tight opening encounter which the Lough girls sneaked. However, this time, Newtownstewart found top gear to storm into a 3-1 lead and, try as they did, Loughmacrory couldn’t quite manage to find a response – despite their valiant efforts. The referee sounded the final whistle signalling that St. Patrick’s P.S. Newtownstewart had won the day. St. Teresa’s P.S. had given it everything and Ms Michelle McNulty couldn’t have asked anymore from her talented team. Well played, girls – a team for the future, without question!
Master Fabian McGlone, on the other hand, was delighted as his Newtownstewart girls clinched a 3-1 victory and, more importantly, a place in the county final next month in Cookstown’s MUSA on Friday 3 March. Comhghairdeas agus maith sibh go léir! We congratulate these talented girls and wish St. Patrick’s P.S. well as they await the other qualifying schools from further girls’ heats to be held in Clonoe, Dungannon and Omagh.
Our sincere thanks to referee Brian McGinn for his expert officiating, and to Allianz Cumann na mBunscol Tyrone Ulster Chairman, Patrick McGivern, for co-ordinating the day’s matches. A final word of thanks must go to the friendly staff at the Station Centre.
That’s three of the six county final berths safely filled – bring on the next three! 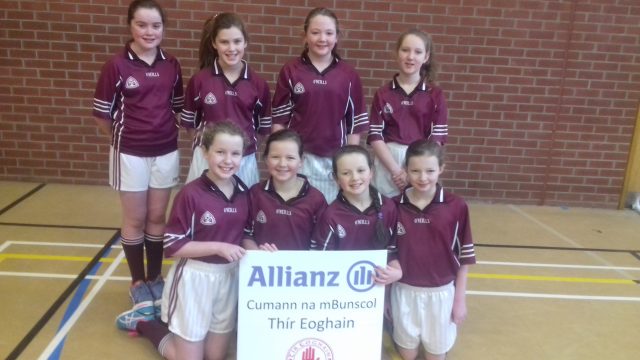 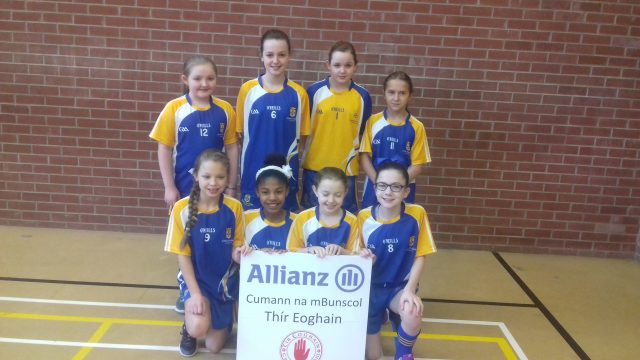 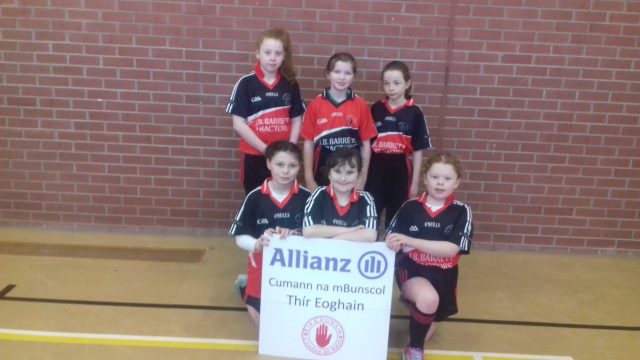 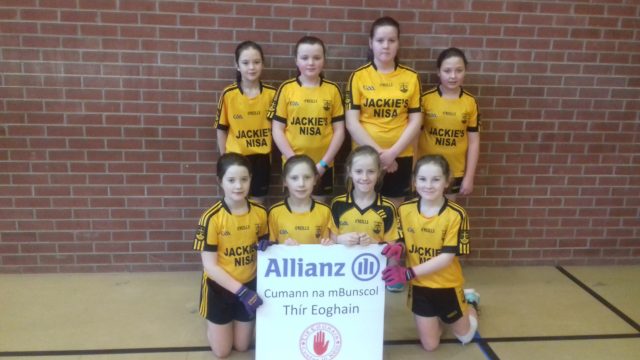