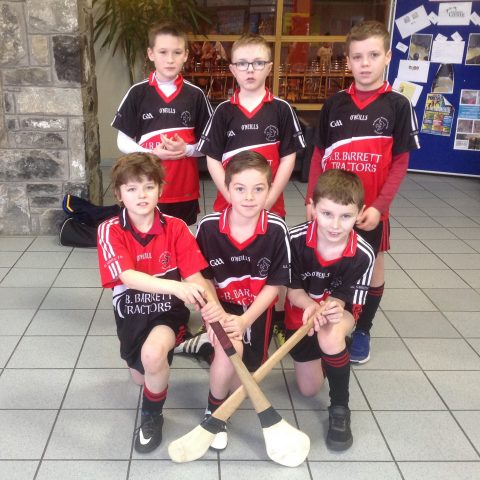 Allianz Cumann na mBunscol Thír Eoghain continued their eagerly awaited series of games for 2018, when the first of two Omagh-based ‘Indoor Hurling and Camogie’ Heats took place on Thursday 18 January in Omagh Station Centre. The Camogie section was impacted, somewhat, by the unfortunate withdrawal of some schools – due to inclement weather conditions. Apologies were received from Gaelscoil na gCrann and Our Lady of Lourdes, Greencastle. However, this didn’t annoy St. Ronan’s P.S. Recarson. They played wonderful camogie to book their place in the County Final with a perfect win record. They will be joined in the Co. Final by a talented St. Brigid’s P.S. Altamuskin who saw-off a stiff challenge from a determined and resolute Roscavey P.S. Well done, girls!
Four schools competed in a drama-packed Hurling round-robin section. All Saints’ P.S. Tattysallagh and Roscavey boys battled bravely in the competition, but fell just short on the day despite their valiant efforts. Things would go the final match to determine what schools would qualify for a coveted place in the Tyrone Co. Final. St. Ronan’s P.S. Recarson knew a win in their final game would be enough to secure a place in the County Final. They did exactly that. Meanwhile, the highly-impressive St. Brigid’s P.S. Altamuskin topped the section by playing some terrific hurling. These two triumphant teams now await the qualifying schools from further heats to be held in Omagh, Clonoe and Dungannon this week.
Tyrone Hurling star & Camogie Officer, Aidy Kelly, expertly officiated on the day. Our thanks also to the friendly staff in the Station Centre, Omagh. A great day was had by all. 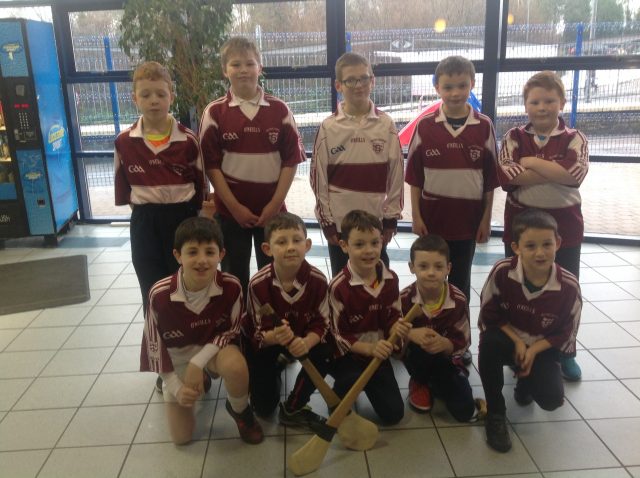 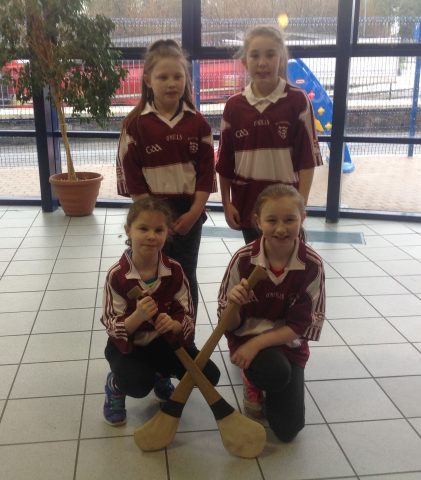 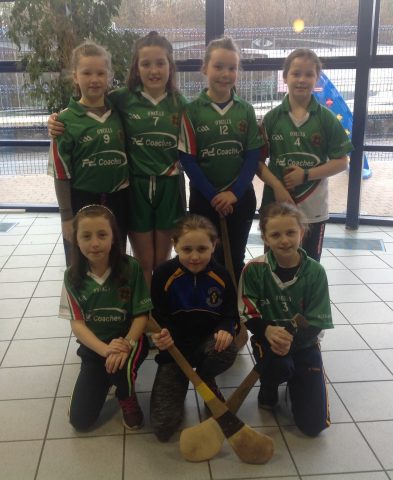 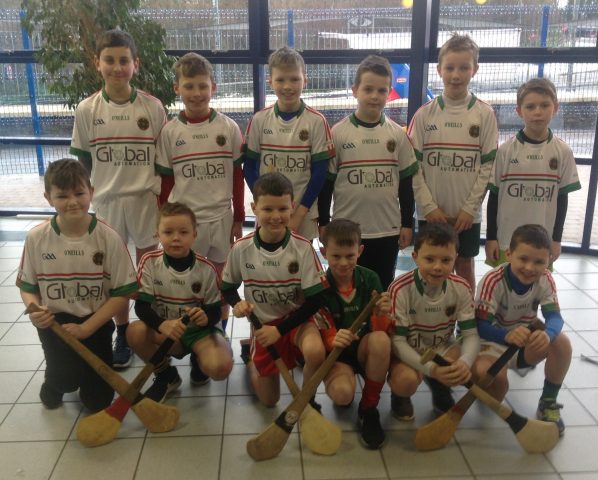 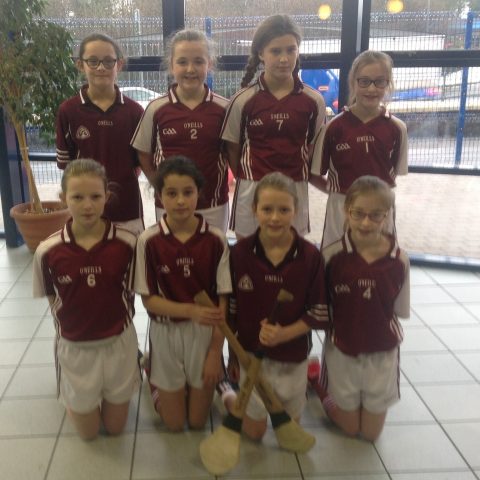 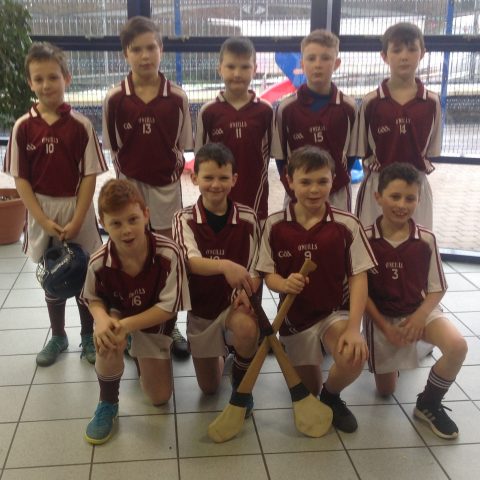