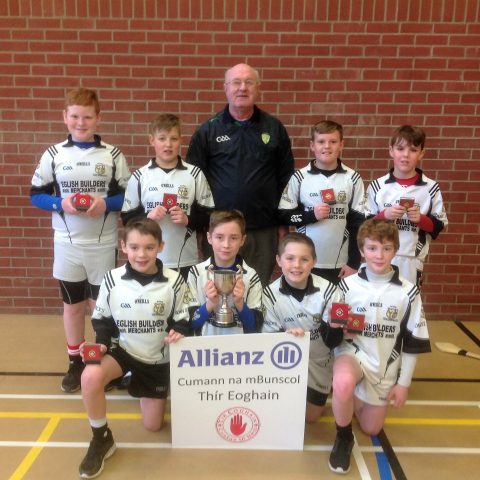 Allianz Cumann na mBunscol Thír Eoghain used the wonderful facility that is the Station Centre, Omagh, as the setting for the eagerly awaited Final of the annual ‘Tyrone Indoor Hurling’ competition. Eight schools within Tyrone had qualified via their local heats, thus paving the way to this big day – one of the highlight days in the Primary School GAA calendar.
Two groups of 4 were drawn out and a highly competitive series of matches ensued. St. Colmcille’s P.S. Carrickmore were defending Tyrone and Ulster champions, and they cruised through their Section with a 100% win-record to comfortably book their Semi-Final berth. They were joined by the boys from Gaelscoil Uí Dhochartaigh, Strabane, as group Runners-Up. After some heroic hurling, the St. Brigid P.S. Altamuskin lads narrowly missed out on a semi-final spot, as did the battling boys from St. Mary’s P.S. Ballygawley.
Section ‘A’ also witnessed a team register a 100% win-record: St. Patrick’s P.S. Roan, Eglish. The lads from St. John’s P.S, Kingsisland, gave their all on the day but, despite their battling, missed out on reaching the Semi-Finals. Master Peter Harte saw his St. Patrick’s P.S. Donaghmore boys endure a similar fate – just missing out. Instead, a talented Gaelscoil Uí Néill, Clonoe, powered their way to the Semi-Final as group Runners-Up.
The first semi-final saw Gaelscoil Uí Dhochartaigh perform valiantly but, despite their immense effort, they fell to a powerful Eglish side.
Our second semi-final was a 3-goal thriller – decided AET. Despite a series of chances presenting themselves, the Clonoe boys were ultimately undone on a 2-1 scoreline by our defending champions Carrickmore. This was a tremendous match, and both teams gave it everything they had.
A silver county medal was up for grabs in the 3rd place play-off between Gaelscoil Uí Dhochartaigh agus Gaelscoil Uí Néill. Congratulations to the Clonoe team who prevailed on a 2-0 scoreline. Comhghairdeas! They can now proudly proclaim that they are ranked as the third best hurling team in Tyrone, with Strabane taking a top four ranking. Not at all bad out of 90+ primary schools in the county!
The Allianz Cumann na mBunscol Thír Eoghain ‘Indoor Hurling’ Final was a pulsating affair between St. Patrick’s P.S. Roan, Eglish and St. Colmcille’s P.S. Carrickmore. Both sides fought tooth and nail in a bid to take the coveted crown of County Champions. After a tense, tight opening spell, the score was 1-1 entering the final minute. However, a quick 2-goal salvo from Eglish resulted in the current holders being dethroned of their county and Ulster crowns. The Carrickmore school played brilliantly to reach the County Final, and winning themselves a Gold county medal as runners-up was thoroughly deserved. Master Emmet O’ Neill and his school were tremendous ambassadors. Indeed, this was summed up by the way they congratulated the winners – shaking all their hands.
Ultimately, the Eglish boys from St. Patrick’s P.S. Roan – under the charge of Master Stephen Mone (newly-appointed Roan Principal) and Master James Grimley – collected the title (3:1) and their boxed gold medals, before being duly crowned worthy Allianz Cumann na mBunscol ‘Indoor Hurling’ Tyrone Champions 2017. What a start to a new career, Stephen!
A special word of thanks goes to all accompanying teachers and team mentors. Our appreciation also goes to our referee, Aidy Kelly, for his expert officiating. To Allianz Cumann na mBunscol Thír Eoghain secretary, Eddie Doris (Cookstown) for co-ordinating today’s final, a word of thanks. The Chairman of Ulster CnmB, Patrick McGivern (Coalisland) presented all the medals and county trophy. Go raibh maith agat, Pat.
St. Patrick’s P.S. Roan, Eglish, now have the honour of representing Tyrone in the Ulster Hurling Finals. We wish them well.
A truly memorable day for all involved. Maith sibh go léir! 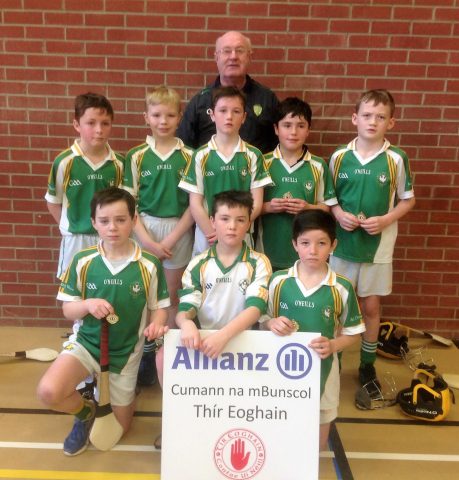 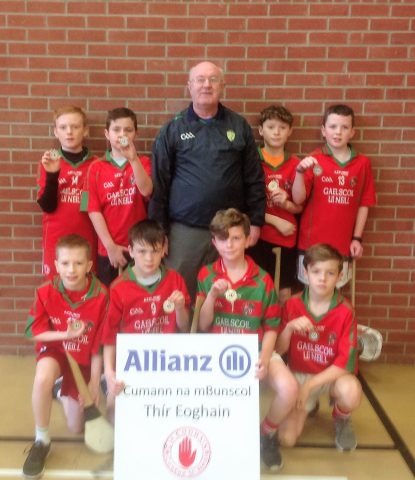 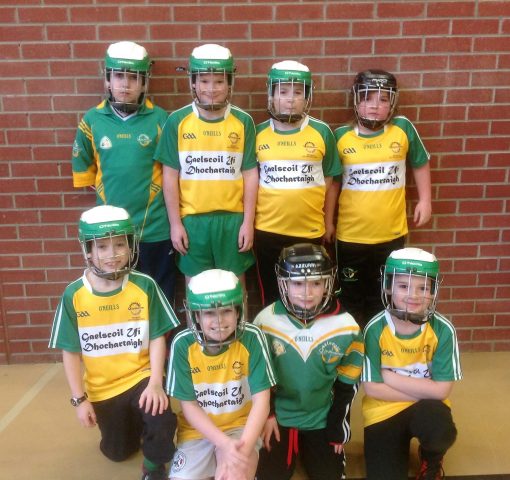 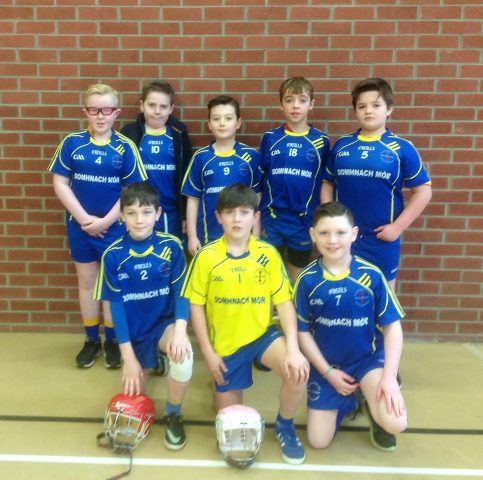 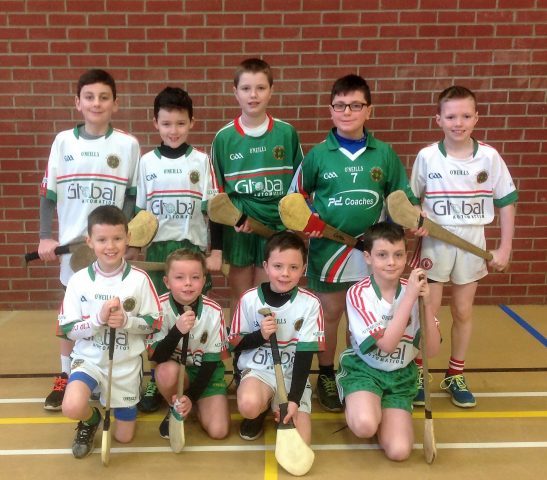 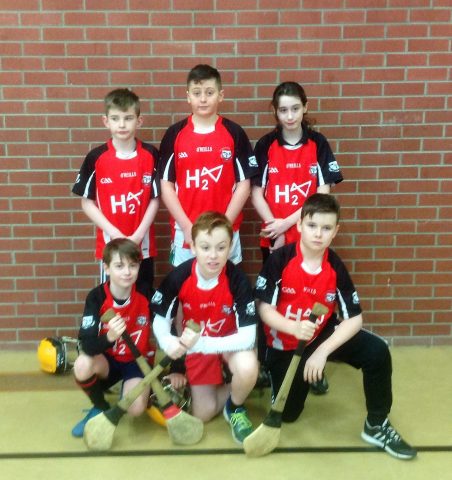 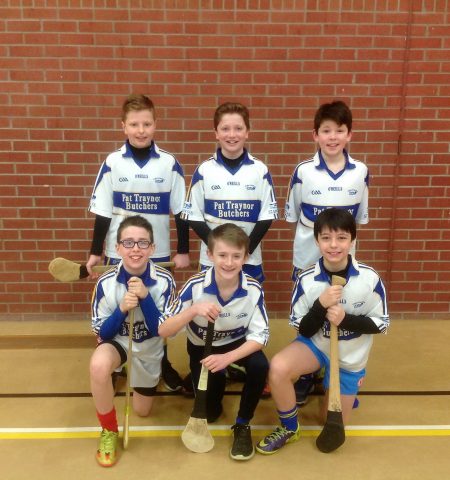