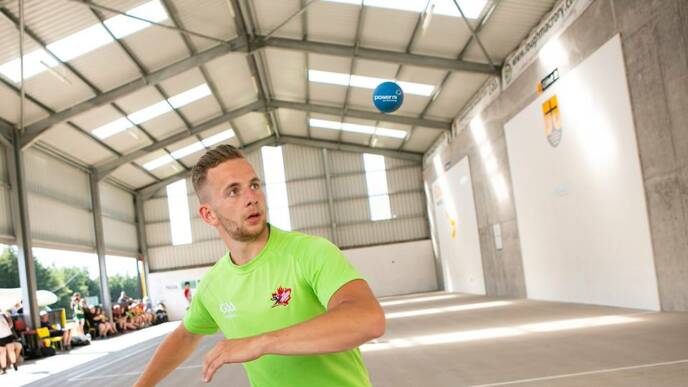 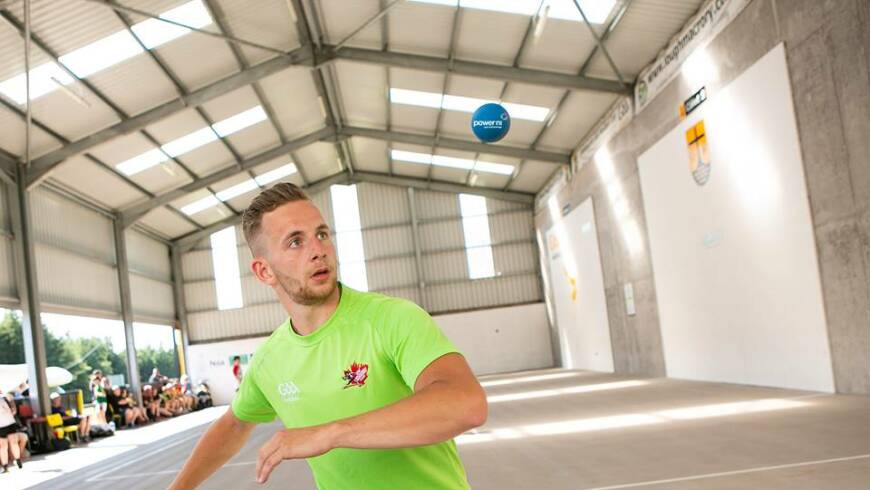 Loughmacrory handball club will host the 6th annual Lough Showdown this weekend as some of the top one wall handball players from all over the country arrive to take part in one of Ireland’s biggest club tournaments.
The men’s and ladies open events this weekend will again serve up some fantastic action as top players such as Martin Mulkerrins, Sean Kerr, Ben Devlin, Peter Donohue, Megan McCann and Aisling Reilly will be among the stars on show. Unfortunately world champion Conor McElduff will be sitting this one out as the Tyrone star is currently recovering from injury and will be hoping to make his return in September for the European tour.
Mulkerrins and Kerr recently fought out the men’s open decider at the Irish one wall nationals and could meet again in Loughmacrory, while Megan McCann will be fancied to defend her Lough showdown ladies open title after featuring in the national decider in Breaffy, and Donoghue was crowned the 19 and under champion at the nationals two weeks ago.
The underage grades will again be packed with superb talent such as 17 and under national champion Mark Doyle, Jason O’Toole, Cahir Munroe, Dara Curran, Emma Kinane, Sean Callan, Clodagh Munroe, Matthew Smith, Niall Magee, Fiachra Doyle and many more. Clodagh Munroe and Matthew Smith are among the recently crowned nationals champions hoping to add to their trophy haul in Loughmacrory.
There will be hundreds of exciting games served up over Saturday and Sunday with many up and coming local stars also featuring against players representing counties from all over Ireland.
The schedule will get underway on Saturday morning and the games will continue throughout the weekend, treating local spectators to lots of high quality handball.
The Lough Showdown has again attracted an impressive field of top class one wall exponents and the crowds will be out on force to see it all unfold.
For full fixtures lists/draws CLICK HERE.
You can also follow the action with results, images and video pieces on the official Loughmacrory GAA Handball Page – CLICK HERE