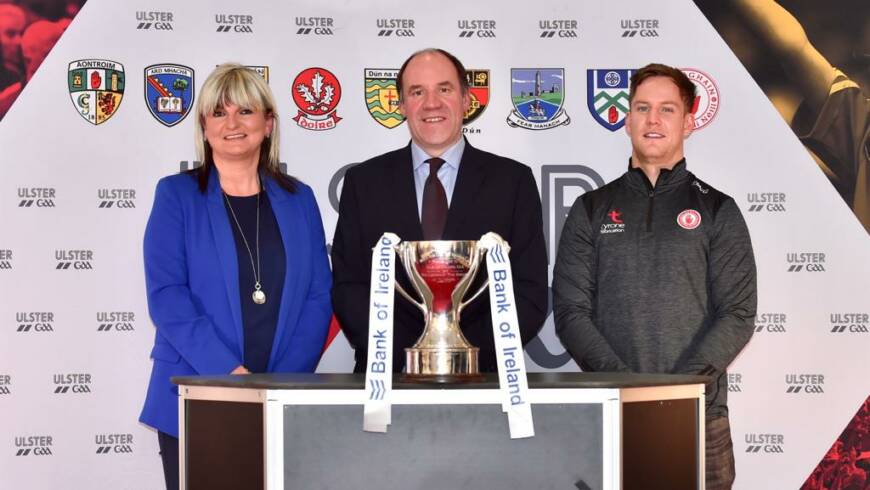 The B.O.I. McKenna Cup draw took place tonight in The Armagh City Hotel and Bank of Ireland Representative Geraldine O’Hagan and Ulster President Oliver Galligan oversaw the Draw.
The reigning McKenna Cup Champions Tyrone were represented by Joint Team Manager Feargal Logan and Kieran McGeary the last Tyrone Captain to collect the Cup in 2020.
Tyrone were drawn out in Group B along with Armagh and Cavan.
In Group A the teams drawn out were Donegal, Down and Antrim.
In Group C the 3 teams were Monaghan, Derry and Fermanagh.
The opening games start on the 7th Jan, Round 2 Games are fixed for 1st Jan and the final round is on 15th Jan.
The Semi-Final is down for the 18th Jan and the Final is on the 22nd Jan.