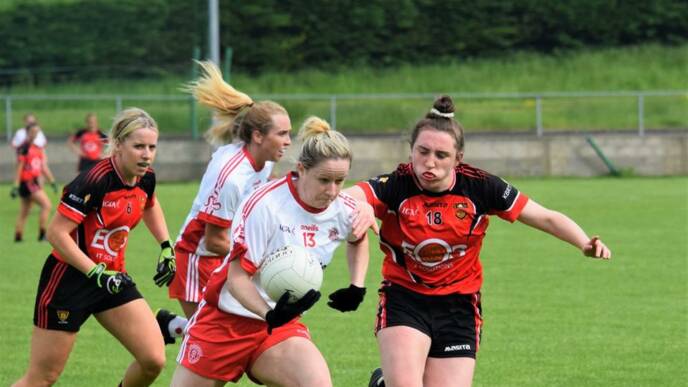 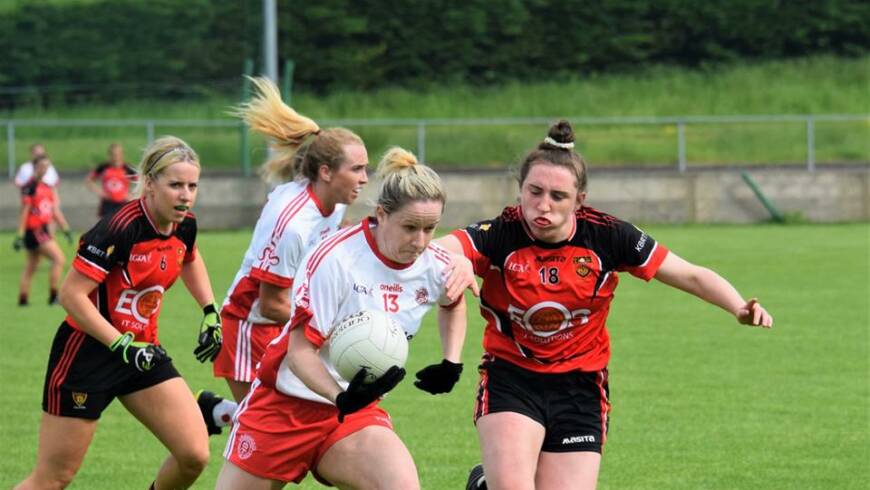 Tyrone ladies attacker and former Captain Gemma Begley has confirmed her retirement from inter county  football. The 33 year old WGPA official will continue to play club football with An Charraig Mhor but steps away from the inter county scene as an all Ireland champion.
Gemma was part of the Tyrone team that claimed the all Ireland intermediate title last September, the attacker also bagged a goal as Tyrone saw off Meath in front of a record crowd. Gemma confirmed her decision to manager Gerry Moane and the current squad admitting it was a tough call to make,
“I thought long and hard about stepping away but the decision is made now and I wish the girls and the management the very best of luck for the National league and return to senior championship football. It’s just brilliant to get back to senior football as much as anything and hopefully it will be the start of a career for a lot of those girls coming through now.”
Begley began her senior club football career as a 14 year old linking with the senior county squad in 2004. Through her county career Gemma  got her hands on an Ulster senior title, 2 Ulster intermediate titles and of course helped Tyrone to a first all Ireland senior final in 2010, sadly they lost to Dublin on that occasion. Gemma took a year away from the inter county scene in 2016 but was back when the side progressed to the 2017 all Ireland final only to lose again at Croke Park, she finally got to go up the steps of the Hogan Stand as a winner last September.
Three time All Star Begley was also nominated for intermediate player of the year for 2018. Gemma plays a pivotal role with WGPA and her heavy involvement as a project coordinator has had a major impact on the progress made by the players body.
Tyrone manager Gerry Moane paid tribute to Gemma
“Gemma has been a great servant to Tyrone ladies football and while we will miss her and what she brings to the squad we have to respect her decision, we are delighted she signed off with an all Ireland medal, she certainly deserved it. We wish Gemma the very best of good wishes” explained Moane.
.