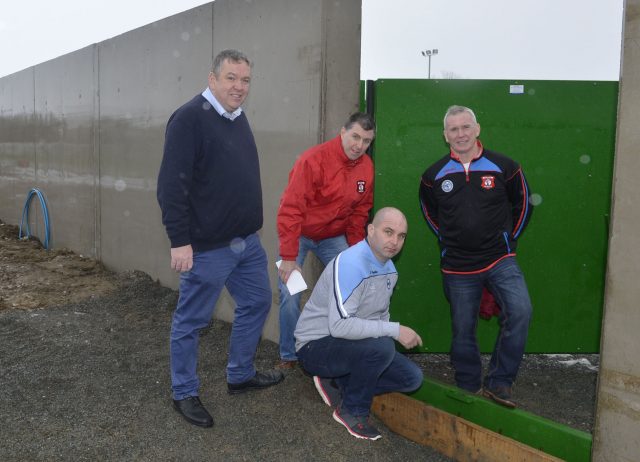 A major fund-raising effort is continuing in Beragh as part of a bid to establish a new sports and community services hub for the village.

More than 100 volunteers from the Beragh Red Knights and Breacach Handball clubs will be visiting areas throughout Tyrone and neighbouring counties of Armagh, Derry, Monaghan and Fermanagh in the coming weeks and months in the hope of garnering support for its development draw.

The Mid Tyrone GAA club, which has been devastated by flooding in recent years, is nearing completion on a major scheme to secure its facilities indefinitely. This is the first phase of a two-part programme of works with the establishment of a sports and community services hub in the pipeline to commence in Spring 2018.

Already a central hub in Beragh, St Mary’s Park is home to one of the most successful handball clubs in Ireland.

Breacach Handball Club boasts Irish, European and World champions among its members. Sean Clarke said, “The interest in handball has grown significantly and demand for more alley space now outstrips what is available.”

Beragh’s proposed development would see the completion of a new state of the art handball alley, with a new sports hall offering three ‘one wall’ courts.

“With over 50 underage players, both boys and girls, and 30 adults vying for space, this development is most welcome,” added Sean.

The community in Beragh has also recognised the need for a new base for the local youth club.

Staffed by local volunteers and catering for around 100 local children from across the community, Beragh Youth Club is currently based in a school built in the late 1800s. No longer fit for purpose, the Youth Club needs a new home.

Gary Dawson, the leader in charge explained, “With access to modern facilities we would be very keen to extend the programme that we offer and encourage more and more children to participate in sporting and social activities that meet their individual needs.

“Diversity and challenge are fundamental to engaging children and maintaining their interest.”

“The need to have a first class community building which can service our entire parish area has become very clear.

“The club are in the fortunate position that we now have all the necessary statutory approvals in place to construct a building which will address the community and sporting needs that have been determined. On completion of the Community Hub a range of statutory and voluntary partners have committed to delivering a variety of services which are aimed at enhancing the social, economic, physical and mental well-being of the people of Beragh and surrounding areas. 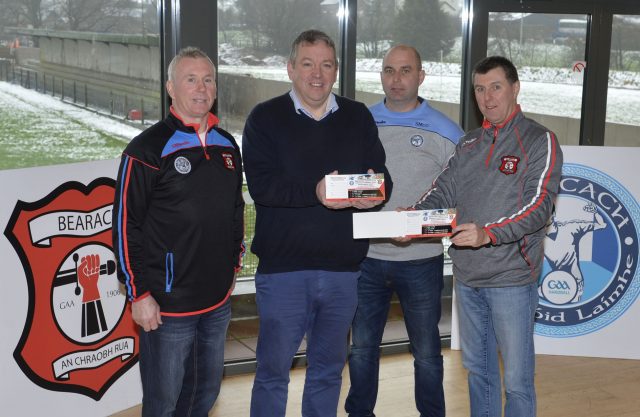