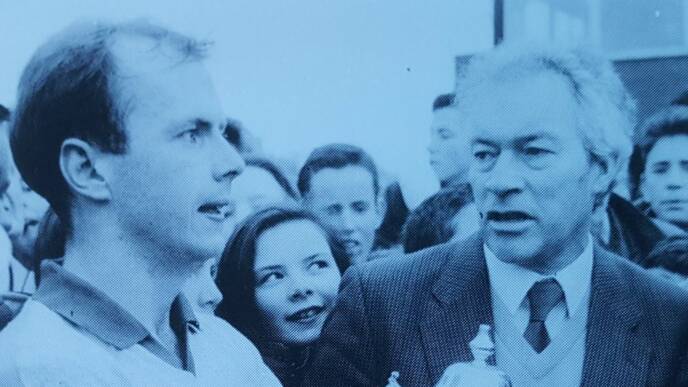 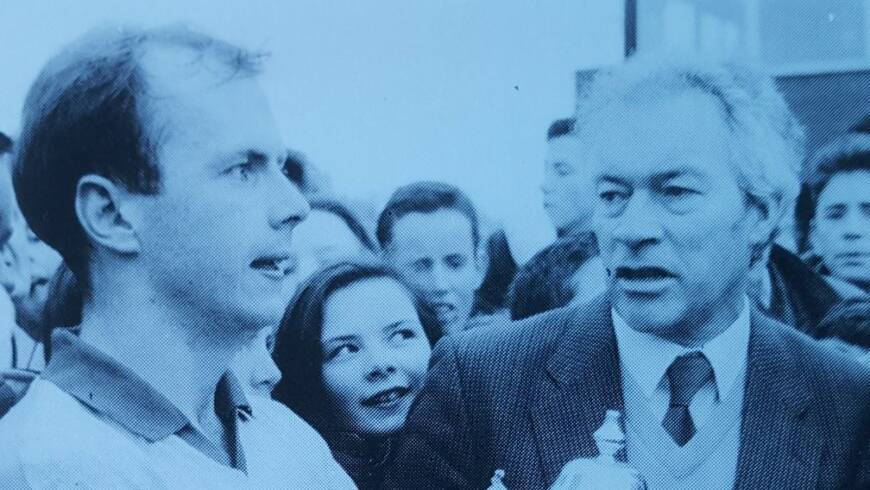 It is with great sadness Coiste Chontae Thir Eoghain has learned of the death of Brian McLernon.
A lifelong member of the Derrylaughan Kevin Barry’s club, Brian served his club, his county, his province and the GAA Nationally with distinction.
He began as a player for the Kevin Barry’s and went on to play in five Tyrone Senior County Finals throughout the 1960s eventually winning his last one in 1967 against An Charraig Mhor. Brian also served as a club administrator from his early days, initially as Assistant Secretary which was followed by over a decade as Club Secretary from 1964 to 1975.
Joining the County Board in 1974, Brian became the Tyrone representative to Comhairle Uladh in 1977. He continued in this role until he was elected as Uachtarán Comhairle Uladh, which he served as from 1992 to 1994. During his time as Ulster President, he was also a member of Coiste Bainistí nationally which oversaw the first part of the redevelopment of Croke Park during this period. Brian remained active within the Association after this and served for a number of years as Chairman of the Scór committee and also was a member of the Grounds committee.
On behalf of the Officials and members of the County Committee and our clubs we extend our deepest sympathies to his wife Elizabeth, his children Damian, Dympna, Roisin, Briege, Oliver and Michael, his brothers and sister, his grandchildren and extended family circle.
His wake takes place at his home at 6 Cloghog Road, Magheramulkenny, Coalisland, with the funeral taking place in St Patrick’s Church, Clonoe at 11.00am on Monday.
Ar lamh dheis Dé go raibh sé. 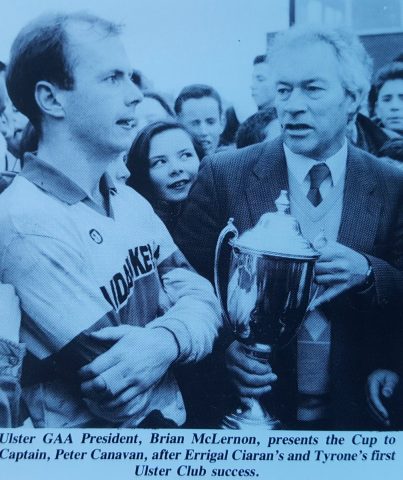