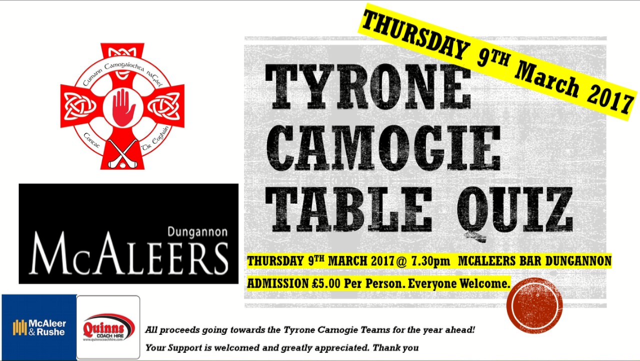 Tyrone Senior Camogie Team will now face Dublin on Saturday 4th March @ 2pm Pairc Eire Og, Carrickmore, in the second round of the Littlewoods Division 3 National Camogie League. The game has been refixed to this weekend as it didn’t go ahead due to the adverse weather conditions that Tyrone and the surrounding counties experienced over the weekend past. MUSA 4G pitch will be on standby @2pm to avoid any heavy rainfall that may occur in the forthcoming weekend.
Eire Og Pitch in Carrickmore was deemed unplayable on Sunday at short notice before the throw in of the game @2pm. Unfortunately Dublin team where already en route and also got the late notice as they made their way up via Monaghan as they headed for carrickmore, the Tyrone camogie players had also reached their venue to receive the late news. Tyrone as a county was washed out of pitches as it seen the Tyrone Hurling game and the Tyrone football game called off amongst other fixtures in the county. It is hoped that an earlier decision can be made in future for the travelling teams and supporters.
Tyrone Camogie would like to wish good luck to both the Eglish Camogie Team and the Slaughtneil Camogie Team, players, management and the club ahead of their club finals on Sunday the 5th March, in Croke Park. Eglish play Myshall (Carlow) in the AIB All-Ireland Intermediate Club Championship final @1.30pm ahead of the Senior final of Sarsfields (Galway) v Slaughtneil (Derry) in the AIB All-Ireland Senior Club Championship Final @ 3.15pm. Tyrone camogie are wishing both teams the very best of luck to the Ulster Camogie Clubs and hope they get the success and win that they deserve on Sunday.
Tyrone Camogie Senior Training will continue training into March Sunday’s @ 10.00 am Paric Eire Og, Carrickmore and Tuesdays Garvaghy @8-9pm as they prepare for the next game set at home game against Roscommon Sunday 19th March. We would like to thank Dungannon Eoghan Ruadh for the use of their facilities
Tyrone Camogie will be hosting a Fundraiser Table Quiz on Thursday 9th March @ 7.30pm in McAleers Bar Dungannon, with all proceeds going towards Tyrone Camogie Teams. Tyrone camogie would like to invite all those who would like to come along and join in the fun with their friends and family. The Quiz is hosted and supported by Conor McAleer and his staff at McAleers Bar Dungannon. We welcome those Tyrone Gaels, Families and friends to come along and enjoy a wonderful evening in support of Tyrone Camogie youth, minors and senior teams. 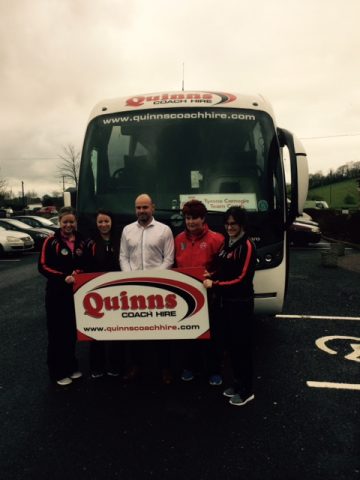