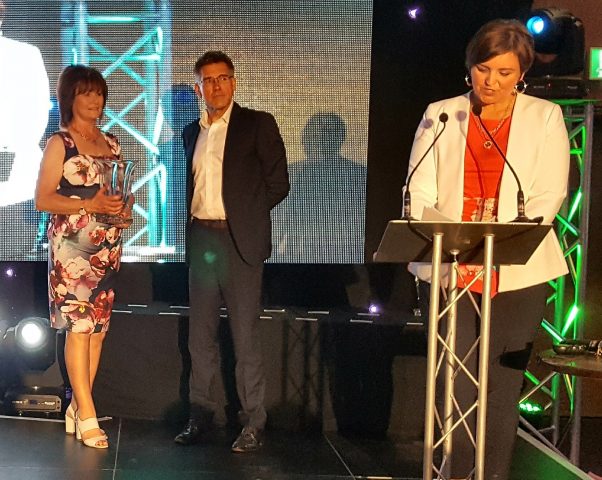 The annual Derry City & Strabane District Council Sports Awards for 2016-17 were hosted in the Fir Trees Hotel Strabane on Wednesday night past with Monaghan manager Malachy O’Rourke one of the special guests in attendance in front of a packed audience of sporting talent from right throughout the District.
Master of ceremonies for the event was Denise Watson of UTV fame and she performed her duties excellently throughout the very enjoyable evening.
There were various categories ranging from Club of the Year to Sports Star of the Year and very many others in between. All of the winners were very deserving of their awards and the sole G.A.A. winner on the night was a very deserving one.
Tyrone and Owen Roe O’Neill’s footballer Cathal McShane picked up the Special Award for his excellent achievements. During the 2016 season, Cathal helped Tyrone to win the Dr McKenna Cup, Allianz League Division 2 title, the Ulster Senior Championship and capped it all off by winning a Sigerson Cup medal with St Mary’s Belfast. In addition he also played with Tyrone Under 21 footballers that lost out in the 2016 Ulster decider to Monaghan and also assisted his club to the verge of promotion so all in all a really great season for the young Glenmornan man.
Cathal wasn’t in attendance as he was at Tyrone Senior training as they prepare for their forthcoming Ulster final date but his proud mother Teresa was on hand to collect his beautiful piece of crystal.
Comhghairdeas agus maith thú Cathal on your deserved award.
Aodhán Harkin