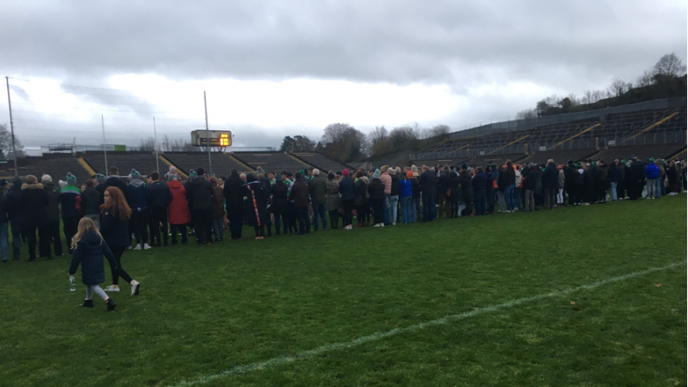 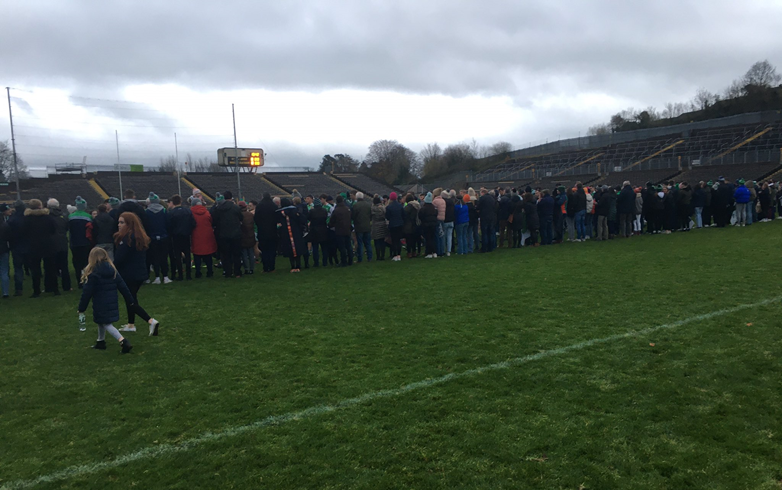 A penalty hitting the bar decided today’s riveting Ulster Junior Final. Margins. But there was nothing marginal about the game presented to us by Stewartstown and Drumlane. A thrilling contest throughout, and one ending with a very welcome seventh Ulster Club JFC title back in Tyrone.

But more heart-warming than anything else on a bleakish November day was what happened at the very end.
As they trudged off the pitch, having respected every second of Stewartstown’s victory presentation, Drumlane’s fine, fine team was enclosed by a spontaneous double-line, two-three-people-deep, guard of honour, running the full width of the wide Clones pitch.

All the way along it, Drumlane, Stewartstown and neutral supporters, to a man, woman and child, loudly applauded an heroic group of players. For every last step of what must have been a very difficult walk.
Ulster GAA is special. Its people are special. Clones is its special spiritual home. And today all combined for a special day. Nothing marginal about it.