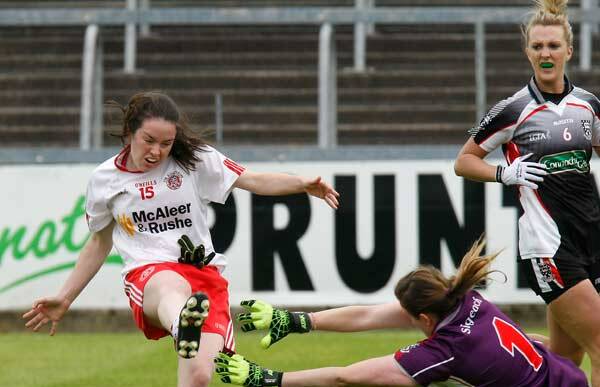 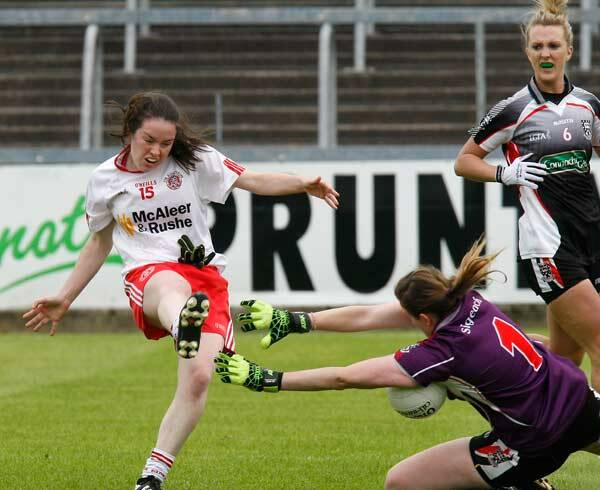 A nervy weekend lies in store for many counties with the race for semi-final spots and the outstanding relegation issue in Division 2 to be decided in the Lidl Ladies National Football Leagues.

It’s two from three  in Division 2 to join Tipperary and Waterford in the last four, with Ulster trio Tyrone, Armagh and Cavan in the running.

At the bottom, Sligo need to beat Laois and hope that Clare gain a positive result in their game with Armagh to avoid relegation.

Tyrone will start the day two points clear of Cavan, who make the trip to Drumragh.

The destiny of both counties is in their own hands and this promises to be a fiercely tense and exciting battle. Tyrone come into the game on the back of a ten point win over Laois, Cavan hammered Sligo but this is a winner take all clash.

Gerry Moane is encouraged by the performance of his side through the league campaign, that with several key personel unavailable “To be still in the hunt for a semifinal spot and to have it all in your own hands is what we would have wanted, with players away we have given others a chance and we have certainly been contenders”

Cavan under James Daly had set out his stall at the start of the campaign, promotion was the target, this could well be Tyrone’s biggest test to date.

There are injury worries over Shannon Lynch and Emma Hegarty while Neamh Wood’s is ruled out however Christiane Hunter returned to the squad last weekend to add some much needed experience.

“It will be a massive test for us” explained Moane, “They are a senior experienced outfit, we will have to produce a performance”