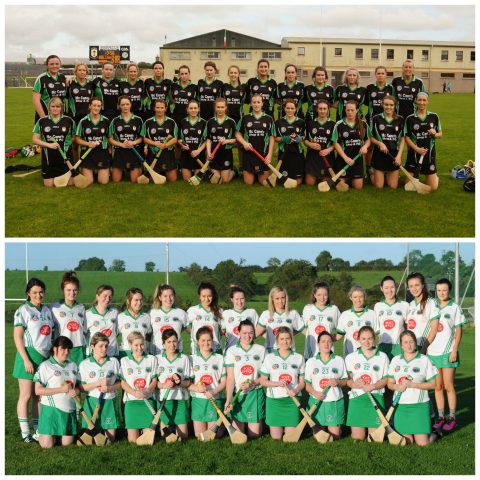 The lifting of the Ulster Intermediate championship title in 2015 ended the curse of a twenty four year wait for the Tyrone Kingpins Eglish. A new challenge now lies ahead for the mostly unchanged team of last year, that of retaining the trophy they so crave at the start of every season. They are now Tyrones sole representative left in Ulster competition since Naomh Treasa Dungannon and Derrylaughan have exited the Ulster competitions in their respective grades having equipped themselves well.
Eglish have lifted the Tyrone senior league this year and as they are Tyrones only senior club championship side they therefore are automatically entered into the Ulster Intermediate championship.
They met the Down champions Liatroim Fontenoys in the first game of the Ulster championship and despite some close play early on in the first half they came away with a decisive win by five points. This victory sets up a final with Armagh champions, Granemore on Sunday.
Granemore got through their club championship off and running with a hard fought semi-final victory over an experienced Keady side and a well drilled and energetic Granemore won in the end by four points.
Keady had won the league this year with Granemore finishing mid division. However, Granemore were boosted by six players that were part of the very successful Armagh county side that reached an All-Ireland junior championship final only to lose out to Carlow.
This win over Keady set up a club championship final with Middletown who have the All Ireland multi medal winning player Jennifer O’Leary(Cork) in their ranks. It was a strong second half display that eventually gave Granemore the victory by two points. Indecently Rachael Merry scored 2-8(14) out of the total 2-10(16) for Granemore and she was awarded player of the match. This victory gave them entry into the Ulster Intermediate semi-final and a tie with Derry champions Dungiven. They came away from another hard fought game with a winning margin of six points to set up an Ulster final with Eglish.
The Eglish management team has remained unchanged and manager Martin Curry is philosophical about Eglish chances going into Sundays final. He had this to say after a training session with the squad,
“It is a privilege to be involved with Eglish camogie as we prepare for another Ulster final. We were very wary heading into the semi-final with Liatroim due to the lack of the competitive matches but thankfully we came out the right side of a tight game. The final will be a massive game as Granemore saw off the tough challenge from Derry champions Dungiven”
This year’s Eglish captain Ciara McGready has had a fantastic twelve months both on and off the field for her club. The winning of the Ulster championship and the lifting of the Teamtalkmag award topped a memorable 2015 season and she had this to say ahead of the final,
“Preparations this year has been going well. The training sessions have been tough and good turnout has meant that everyone is pushing each other on, so there is serious competition to try and get a starting place on the team. As reigning Ulster Intermediate champions we have a new challenge to retain our title. I think the team is even hungrier to fulfil this dream and we will certainly be doing our best to go out and win it again.”
The AIB Ulster Intermediate championship final will be on Sunday 23rd October in Pearse Og’s Armagh with a throw-In for 4:15pm. All the clubs in Tyrone wish Eglish all the best of luck as they try and retain their title