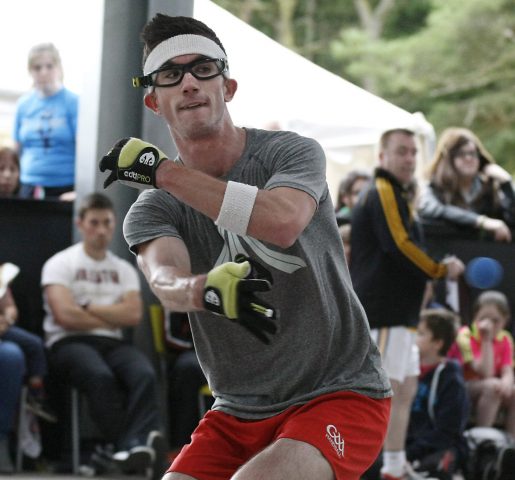 There is huge excitement in County Tyrone ahead of this weekend’s eagerly anticipated 2017 Lough Wallball Showdown with over 220 players, from all over Ireland, set to converge on the Loughmacrory area for the 4th annual event.

A highly impressive line-up in the ADMAN Mens and Ladies Open, laced with National Open and World Champions, will make for exhilarating fayre in the top Open grades. The highlight this time around, in respect of the Open events, is that the Ladies and Men’s Open Finals will take centre-stage on Saturday night in 2017. The action for both Finals will no doubt see a packed crowd for the Finals on Centre Court from approximately 7.30pm.

Three times and current National Champion, Conor McElduff will be favourite in a superb high-quality Men’s Open field where 3 times National champion and 2017 finalist, Armagh’s Charly Shanks goes for his first Showdown title. Then there is 2016 Irish Nationals Men’s Open Champion, Galway’s Martin Mulkerrins, not to mention 2016 GAA Handball All Ireland Men’s Open Wallball Champion, Limerick’s Paudi O Coise, who was also a semi finalist at this year’s nationals. The quality continues right down the field and also includes Tyrone’s Seán Kerr and Galway’s Jamie Kelly, who battled it out in a thrilling Men’s 19&U Final tie- break match at the Nationals two weeks ago.

Multiple all Ireland champion and Tyrone star, Johnny Woods along with a host of all Ireland winners including Cork’s Tadhg O’Neill, Louth’s Ben Devlin and Armagh’s James Doyle are just some of the many players hoping to make their mark in one of the most prestigious Open events in the country.

The Ladies Open event will see this year’s Ladies Open champion, Limerick’s Martina McMahon, travel to her first Showdown event while Down’s Lorraine Havern, who has won 3 National titles and lost the recent Open decider, returns to action having been married just 3 weeks ago! Last year saw the youngest ever Open Champion, Armagh’s Megan McCann, and the Irish 17&U champion returns to defend her crown along with the Antrim sisters who possess 5 World Open Championship titles between them, Fiona Shannon and Sibeal Gallagher. Add in Junior prodigy, Kildare’s Leah Doyle and you have a supreme quality ladies line-up too.

Players such as former World champion, Puerto Rico’s Wally Amaro, Conor McElduff and Cork’s Catriona Casey have been previous winners of the blue ribband events and a huge crowd will be anticipated at the Lakeshore venue when the Silverware is being handed out again on Saturday night. It is FREE Entry for all spectators so be sure to come along and witness the very best that this brilliant GAA Sport as to offer – Everyone Welcome.

Quality across all Grades

There are over 330 matches scheduled for the weekend ahead and all in the local community and club are very excited for what promises to be another very special “Social GAA Handball Weekend” in Loughmacrory.

“We launched this flagship GAA Handball event in 2014 to coincide with the opening of our unique and much heralded One Wall Handball Arena. So far there have been over 750 players who have competed in the event at the first three Showdown Tournaments and that will reach the 1,000 mark by the end of this weekend”, commented Club Chairman, Chris Curran.

“While Waly Amaro is not making the journey to defend his Men’s Open crown, there is no doubt that we have assembled one of the best Men’s and Ladies Open fields to date with the players across all grades amongst the very best in the world. An impressive total of 19 counties from around Ireland is represented while the quality through the under-age ranks is second to none.”

Loughmacrory Club has seen a terrific tradition of the sport for many decades and this year also brings a unique occasion too. To coincide with the event, the Club are launching details of their upcoming new book “150 Years of GAA Handball and Counting” which marks the 50th anniversary of the previous book “100 years of handball” was published. Having enjoyed success at all levels in the game at provincial, all Ireland and world level, it has certainly been a great journey for the Loughmacrory Club and this major weekend Tournament is a testament to the efforts of so many for so long.

“We are very much about people and the youth of our Community enjoying the sport and deriving the terrific benefits which can be taken from it. It really is a sport for all and that is exemplified by the fact we have 8-year-olds playing in our Tournament right up to the ‘not so young’ in the Master’s grades.” added the former GAA Handball Ireland CEO.

“We have had so many milestones in the history of the club. Our 60×30 Court became the first covered court in Ireland back in 1967, Mickey Conway was the first ever All Ireland Champion from Tyrone, for the Club back in 1970 with his brilliant Junior all Ireland win, 8 men created a record-breaking Guinness World Record with the 80 hour handball marathon in 1980, Ciaran Curran created history as a first ever all Ireland Juvenile title winner for the County and Ulster back in 1984 and went on to be the first Irish player to win 4 in a row of US National Junior titles. Hugh Duff’s many famous triumphs, the work in the 80s and 90s at Juvenile level by John Curran, Peter Curran and Kieran Kelly and the impact by historical figures such as Frank McCrystall and MJ Kelly are just a few other things that stand out.”

“There have also been more recent successes including an All Ireland Senior Club Championship final appearance, All Ireland Feile title wins, successes by the likes of Brian Donaghy, Ciaran Meenagh, Lisa McAleer and Aoife Kelly as well as the exploits in more recent years of Antoin Fox, Mairead Fox, Caitlin Conway, Dara Curran, Ronan Curran, Shane Grimes and Dearbhail Fox. We have certainly enjoyed significant memories in terms of major title wins. There have also been much more but our Club is also about more than just titles and successes.”

“The terrific handball being enjoyed by the large group of players in our Men’s Challenger League is what typifies the sport in our area. It is a great outlet for anyone to get involved in and, in a time when mental and physical health and well-being are very much to the fore, we are delighted to cater for so many in our facilities.The efforts of so many club members, officials, coaches and players over 60 years has really what has been the cornerstone of Loughmacrory’s legacy of being amongst the best GAA Handball clubs in the Country. We hope it may continue for many more to come too” said the current Chairman ahead of this weekend’s action.

Another super set of quality fields of players across all the grades is what makes this a special Tournament and also a unique Social GAA Handball weekend. Action gets underway on Friday evening at 5 pm and will continue all through Saturday until the Men’s and Ladies Open Finals on Saturday night. There is, of course, a full program of Semi Finals and Finals on Sunday too with all the major action then to come from around 2 pm on Sunday.

The Club has put out an open invitation to all Club members, players, coaches, and officials – past and present, to come along particularly on the Saturday night and witness the brilliant local spectacle. There will be photographs, videos, and photos taken over the course of the evening too which will all be included in the Book and which will be launched at a Special Gala Evening in November – details to be announced at the weekend.

You can check out all the information and news at www.loughmacrory.com 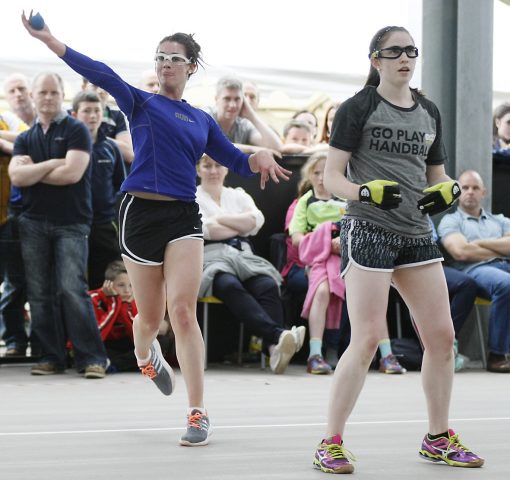 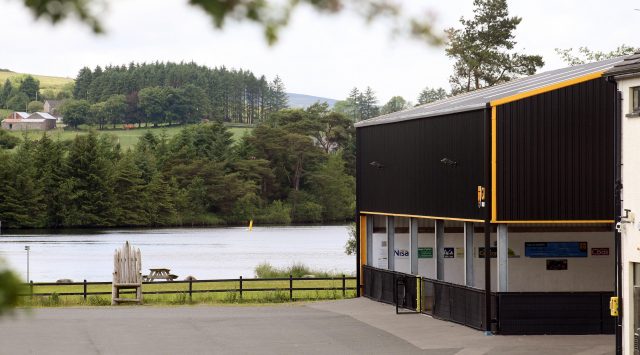