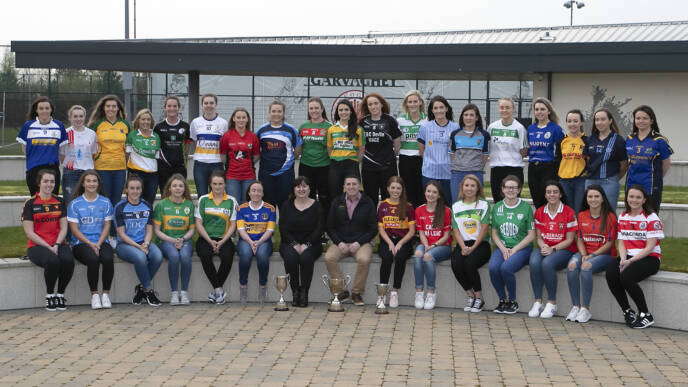 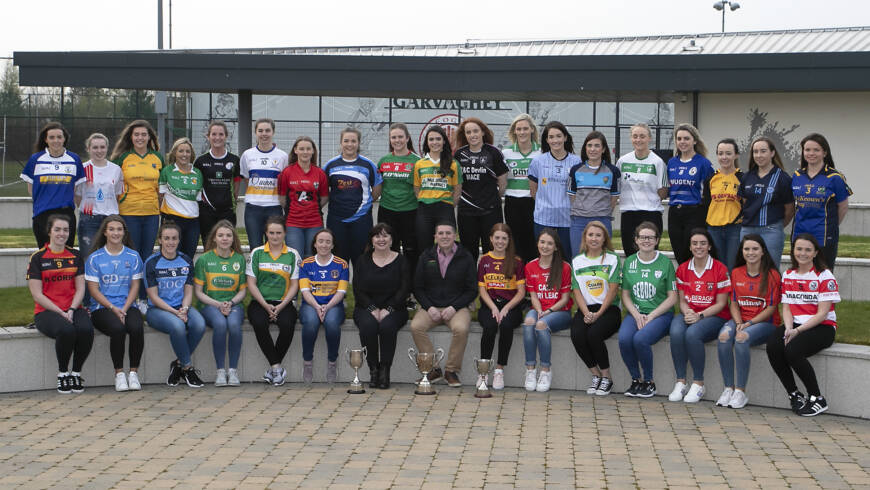 Murphys Gaelic Gloves Tyrone Ladies Football Finals
Senior
St Macartan’s  V Fr Rocks                         Geencastle 2pm
It will be a massive occasion for the footballers of Cookstown Fr Rocks this Saturday as they play in their first ever senior championship final coming up gainst the four in a row chasing St Macartan’s.
Championship wins over Aodh Ruadh, Carrickmore and Errigal Ciaran have seen the Macartans through to the final, chasing title number eleven. On route to today they have scored  14-40  with Chloe Mc Caffrey the championships top scorer with 3-15, The champions defence have conceded just 2-10 so perhaps for the new girls on the block it could well be a long difficult day, but don’t be fooled, this is a Cookstown side of quality.
Fr Rock’s Captain Claire Mc Donald missed the semi-final win over Sperrin Og  but the skipper was impressed with a winning formula that saw them to a first senior final. Three second half goals , two from Annie Nugent and an Aimee Mc Glone long ranger ended Sperrin Og’s hopes. that win a first senior semi-final had followed a quarter final win over a hotly tipped Donaghmore.
Manager Mark Mc Neill will have his side well prepared for this final  but Fr Rocks will be big underdogs against the powerhouse of Tyrone ladies football. There had been those who questioned the hunger and age profile of this St Macartan’s side four years ago as they prepared for the start of what has been a superb run, four years on any suggestions that they were finished have been royally blown out of the water with three Tyrone titles and of course the much sought after Ulster club crown secured  in the middle of that run.
JUNIOR FINAL
Coalisland Fianna V Edenedork St Malachy’s             Greencastle 4pm
Coalisland Fianna come into this junior final with a very impressive run already under their belts. They last won the junior championship in 2016 but a combination of player exits saw them struggle in the intermediate grade the following year.  They have regrouped and after a cracking first round extra time win over Kildress they clicked into gear but they will not have it all their own way today.
Since winning a junior B league title way back in 2011 Edendork have perhaps the best underage success rate in the county, this current squad is built on very solid foundations. Minor titles have been the norm for Edendork with wins in 2016, 2017 and of course this year, while an Under 14 title in 2017 was followed by Under 16 honours last year.
Wins over Owen Roes and Moy set the St Malachy’s up for a mammoth semi-final outing against the championship favourites Badoney. It turned out to be a thriller with Meave Maxwell’s contribution of 1-10 helping her side over the line by three points as it finished 4-11 to 3-11.
Maxwell has been superb this season, back to full fitness after an injury ravaged early part of the year she has hit 2-27 over the course of the championship.
There may have been some disappointment surrounding the venue, many feeling an East Tyrone venue on a weekend when the clubs men are already on their travels in the senior football championship, would have been more suited but both teams have set that aside and will go into the clash buzzing, this could well be the final of the weekend.
INTERMEDIATE FINAL
TRillick St Macartans  V Killeeshill St Mary’s       Drumragh  5-30pm
There certainly has been confidence around the Killeeshill squad this season but it has been a long road. From reaching back to back county senior finals to relegation to the intermediate grade in 2018, reaching this county final is down to hard work and those who steered the club through perhaps one of the most rocky periods in the clubs history.
Wins over Loughmacrory, Fintona and a whirlwind semi-final outing against Ardboe have underlined the St Mary’s championship credentials. Grainne Raffrety, Bronagh Mc Kenna and that ageless veteran Lisa Marie Skeffington have been among the scorers as Emma Mulgrew’s return has made a big impact on the defence. Shannon Stevenson, Orla Mulgrew, Chloe Collins and Catherine Mc Cusker also benefited  from a year on the county senior squad and they will come into this contest fully focused on winning this championship.
Gary Mc Connell, Damien Donnelly and Ciaran Nugent though won’t be getting caught up in any hype, this experienced management team have been here before and are well aware of the Trillick challenge that lies ahead.
One year on from winning the county and Provincial junior titles the Reds are back, a year older, a year wiser.  Iggy Gallagher and Don Goodwin are again in charge, they blew St Enda’s out of the water in the championship opener and followed on with battling wins over Castlederg and Clonoe , these encounters will stand them well, ahead of what could well be a real test on Saturday.
There is no doubting the quality that Trillick bring into this final, a mixture of very young and very experienced players and yes all the talk may be about the finishing ability and workrate of Emma Brenna, Fiona Owens, Dearbhlie Gallagher and the hard working Cathleen Kelly but they have some engine room too. Cathy Ward, Nuala Kelly and Katie Murphy have had a great championship campaign.
Like so many ladies squads there are changes from the side that dominated Tyrone and Ulster last year with some players from last term  no longer available, with that in mind, there’s been a couple of older experienced players who have dusted of the puma kings and are back, it boosts the squad as they prepare for this decider.