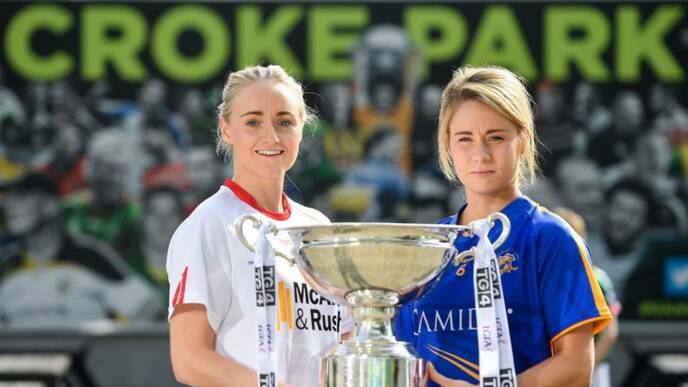 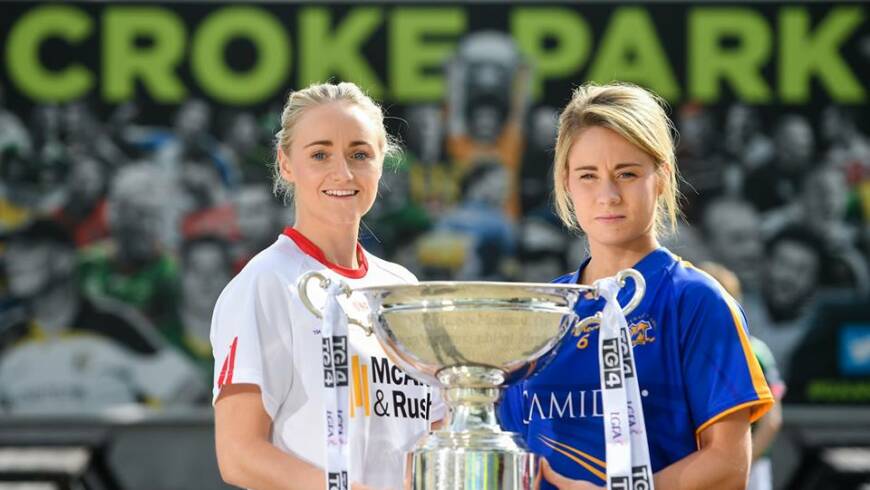 Tyrone’s progression to Sundays all Ireland intermediate football final is already a testament to the progression of ladies football in the county but manager Gerry Moane is adamant, even on the eve of this first all Ireland final appearance in seven years that this is very much a work in progress.

Moane, in his second year of a second term in the Tyrone hotseat guided the senior side to last year’s Ulster intermediate title but they faltered at the quarter final stage at the hands of Clare, That admits the Fermanagh native hurt this group of players

“Look for sure it hurt us all, we were in our first year, this was a very young group of players, barring a handful of players in their mid twenties the rest were from seventeen to twenty three, we met Clare after a long lay off on a day when you just couldn’t play football, we all learnt something that day in Mullingar and we have improved, Sarah (Connolly) has worked with the girls for almost a year, strength, conditioning and nutrition were all addressed and that work is now evident”

Moane is also quick to point out that even from August 2016 the squad has changed in dramatic fashion “We lost around twelve girls at the end of last season, key players too like Tori McLaughlin, Cara McCrossan and Karen Quinn, they opted to travel, to go away working and that, thankfully the players that came in fitted well into what we are doing and we have drove on, we have several younger players in the squad too, they came in from the minors , for them that’s about learning for , they are getting great experience at that young age”

The future is very much on the mind of Moane and his backroom team as he prepares for a first visit to headquarters since his time alongside Charlie Mulgrew in the Erne senior men’s camp, “Certainly we can’t and won’t look past Sunday, it’s a massive occasion but we have the under 21s up in October and I am delighted that the new academy set up for the Under age players in the county is now set up, there are some great people driving this on and I am happy to be part of the set up, that link between even under 12 and senior is vital, as I said before this is for the long term, there had to be changes , we seen that with the younger players coming through, we are set to address so much, there will be no let up”

Looking ahead to the final with Tipperary and the Tyrone backroom team that also features high quality coach Barry Grimes and goalkeeping coach Liam Swift have been doing their homework, they have watched their experienced opposition in the flesh and on tape, the manager says they are a quality outfit

“They have lots of experience, some very good players and of course the fact they have been in finals like this before will be a boost, but look, we have our homework done and we will be focusing on our game plan, the one thing is we have players 1 to 43 that I have no hesitation of bringing in to do a job, the 1 to 30 on match day will have earned their place and I know we can adapt, that is vital”

Only four players, Captain Neamh Woods, Shannon Lynch, Shannon Cunningham and Gemma Begley survive from Tyrone’s last all Ireland final, that ended in defeat by Dublin on a day when a weakened Tyrone squad were caught napping and were punished by an excellent Girls in Blue, Sinead Ahern breaking the Tyrone resolve early on, they just could recover and it certainly was a game that has taken long to recover from.

“Perhaps it was the occasion that caught up with the girls, to that end we have kept everything focused on the game, the trip down and the match prep, nothing has been left to chance and our preparation has been excellent, even though we had county finals in the middle of all that, thankfully we have no major injury issues, that’s down too to the way the girls have been prepared by Sarah and the backroom team”

There has been a lot of events over the past week in support of the girls and their achievement in reaching the final, the manager has been delighted too with the response of clubs and businesses in the County and indeed beyond as they prepare for the final but he confirmed that the focus is now on the football,

“There was a fans day last week which was some boost for the girls and then on Friday we had a schools days, the girls went along to a lot of schools and it was extra special for them but that was that , from Friday night there has been no distractions, that’s the way we wanted it and it has been good that way”

Moane is expected to name a virtually unchanged side, the defence have been assured through the campaign while the Dungannon midfield partnership of Meabh Mallon and Emma Jane Gervin have worked well. The forwards have been impressive too, it’s a selection headache that the manager has been happy to have.