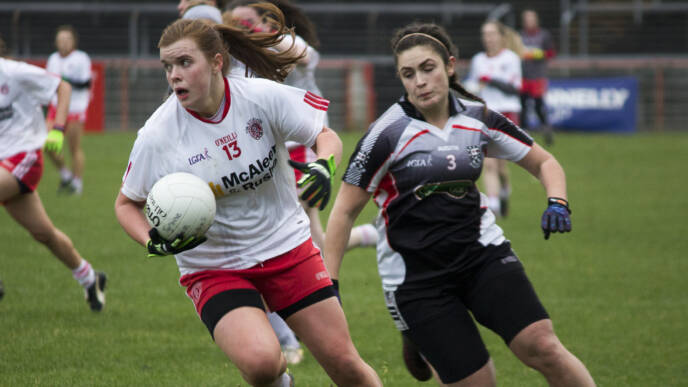 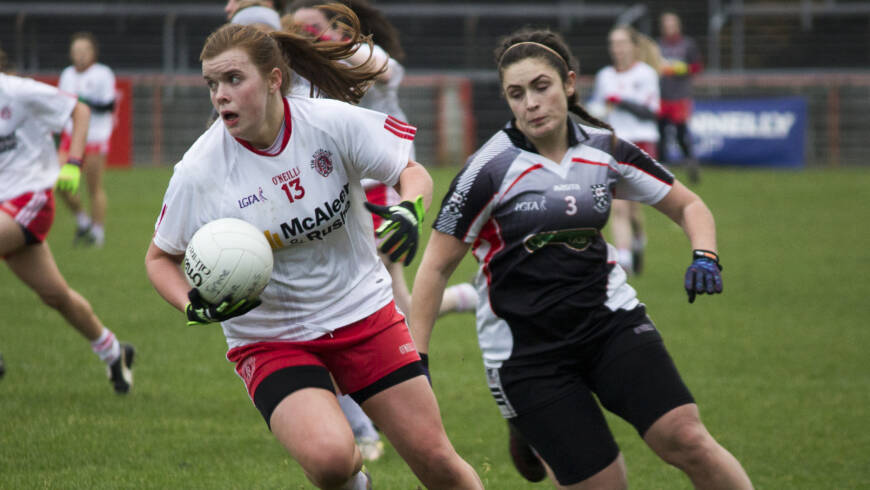 National league Div two
Tyrone 1-14 Sligo 1-10
Gemma Begelys goal on the hour mark helped ease Tyrone to a four point win over Sligo at Healy Park as they sealed a first opening day win in at decade. Begley who missed last year scored 1-4 as Niamh O’Neill tagged on four superb points in a very steady and solid team performance. Tyrone led from the start and were two points ahead at the break Begley, Emma Smyth, Meabh Mallon and Grainne Rafferty all were on target while at the back, Joanne Barrett, Christiane Hunter and young Emma Brennan were sound.
Begley and O’Neill points after the restart gave Tyrone a good platform from which to build and as both teams traded scores they kept in front. Emma Hegarty, Neamh Woods and Mallon doing some sterling work throughout.
The Tyrone goal came near the end, Begley collected a neat pass from substutute Rebecca McCrory spun away from her marker and crashed home the goal.
Ciara Gorman who top scored for Sligo with 1-5 managed a late consolation goal for the yeats county but it was Tyrone who collected the opening day points with a very good display.