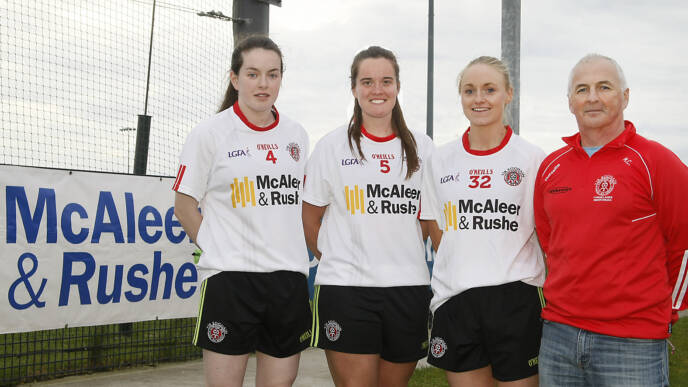 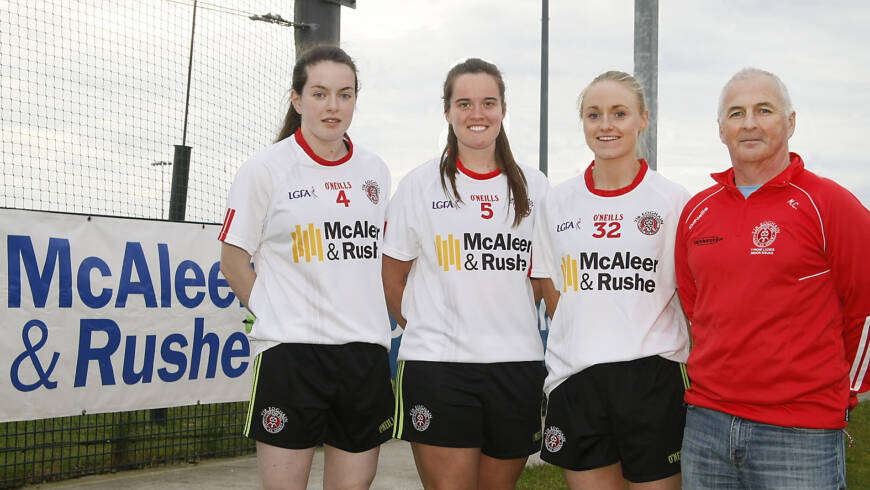 On the eve of their Ulster championship opener with Cavan on Saturday the Tyrone Ladies senior squad have been boosted by the support of Cookstown construction giants Mc Aleer and Rushe. The new shirt sponsor was unveiled this week and puts the local company logo now on the shirts on men and women’s senior sides, once again another link in the chain of just how close the GAA family is in the O’Neill county.

One of the North’s largest property firms, McAleer & Rushe has been behind a series of major construction projects on both sides of the Irish Sea with recent major projects including student accommodation blocks throughout the UK and high density city centre schemes and hotels, including 5 star luxury West London Leicester Square hotel.

Once again O’Neill’s international sportswear with their manufacturing hub at Strabane are supplying the playing and training gear and the new shirt design is a ladies cut of the original design as worn by the Tyrone’s men teams this season.

Speaking this week a spokesman for McAleer and Rushe, who are long term supporters of all things GAA in Tyrone including patronage of the Garvaghey centre –Tyrone’s state of the art training facility- said they were delighted to be involved and had been keen to be involved from the announcement of the Tyrone GAA deal earlier this year. The support was welcomed by the Tyrone ladies county board too with Martin Conway the county chairman saying the partnership between the company, the Tyrone GAA and ladies GFA is another major step forward.

Tyrone will wear the new shirt for the first time this Saturday at Brewster Park as they face Cavan in the Ulster championship. The county have also sealed sponsor deals with J and K Coaches, Sallys of Omagh and The Terrace Omagh in recent weeks.