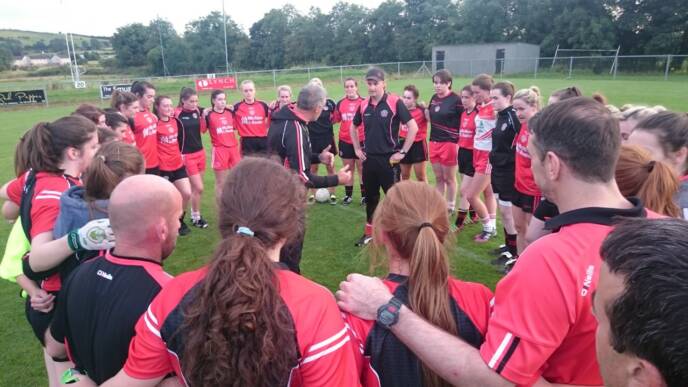 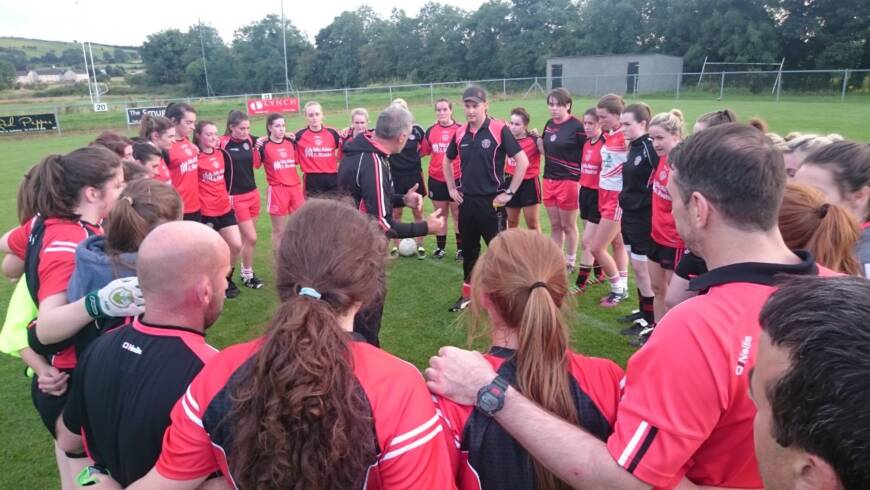 LIDL NATIONAL FOOTBALL LEAGUE DIVISION TWO
Tyrone V Waterford    @Clanabogan Park Drumragh 2pm Sunday
Tyrone manager Gerry Moane has made no secret that his all Ireland finalists from last season would have been targeting promotion from division two this term, while that would still be very much the focus for Moane and Tyrone the task perhaps will be tougher than everyone would have planned. A handful of last year’s squad, some of the most experienced will be unavailable at different times through the league campaign, a campaign that opens on Sunday against last year’s Munster senior champions Waterford.
While influential defender Christiane Hunter will return from studies in Carlisle for the league opener, there will be no Niamh O’Neill or Shannon Cunningham and Moane will face the loss of Neamh Woods later in the campaign due to her involvement with the NI netball squad at the Commonwealth games.
“There’s nothing we can do about these things, the leagues important and we certainly will be challenging but it will be a very tough league campaign” admitted Moane who has little in the way of change to his squad that performed so well last year. “We have lost a few, we have a few away who will be back and of course we have a couple of new faces, the likes of Aileen Tuoey and Orlagh Mc Namee will be involved while the minor girls on the squad will focus on the minor squad for now, look we have still plenty of quality and would love to get off with a win, we went to Waterford last year and came away with the win, we can do the same again”
Tyrone will play all but one of their home games at Clanabogan Park , manager Moane delighted to be based at the home of Drumragh,
“It’s great to be at Clanabogan Park, Drumragh are a great club and very supportive of ladies football and Tyrone, they have thrown the doors open to us any time we have asked, We have a double header at Healy Park later in the league but it’s great to have home advantage on the opening day”
Waterford were an emerging force last year, recovering from the set back of losing to the Red Hands in the league to claim the Munster crown upsetting the odds and the likes of Kerry and Cork. Dublin ended their all Ireland aspirations but they will have learnt so much from the 2017 season, Moane admits it will be quite the test,
“For sure it will, I don’t know what they have player wise this year, but I do know they will be very determined, they won’t want to let us roll them over and I am sure their management will have that drilled into their heads”  The Tyrone boss has had a difficult few weeks with the weather, but he remains positive,
“We could have done with getting on grass but it’s been 3G and the gym, not the best build up  but I am not too worried, the girls both here in the group and those working on their own have been working hard, they have put in the shifts, yes the new girls have a bit to do but those there last year are looking great” admitted the manager.
Tyrone were due to have challenge games over the past two weeks, the weather put paid to those, so Sundays league opener will be the first real outing of the year,
“I would certainly have liked to have a better look at the players  but that said we have had a couple of very competitive in house games, the need for a big squad evident if we were to get any benefit of those games , I am glad to say that the players turned in good performances although the 3G takes it’s toll on some players, it actually means that a couple of players are doubts for Sunday, Neamh Wood’s had a tough weekend in netball but should be okay, Christiane Hunter will be back from England and Emma Hegarty has been working away with our medical team with an ongoing knee problem, there are plenty of positives and I can’t wait to get started”