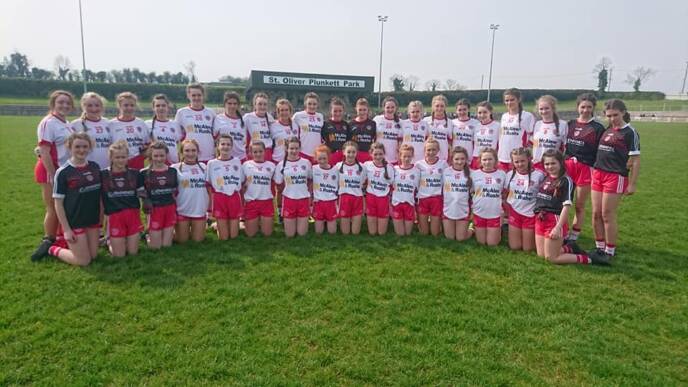 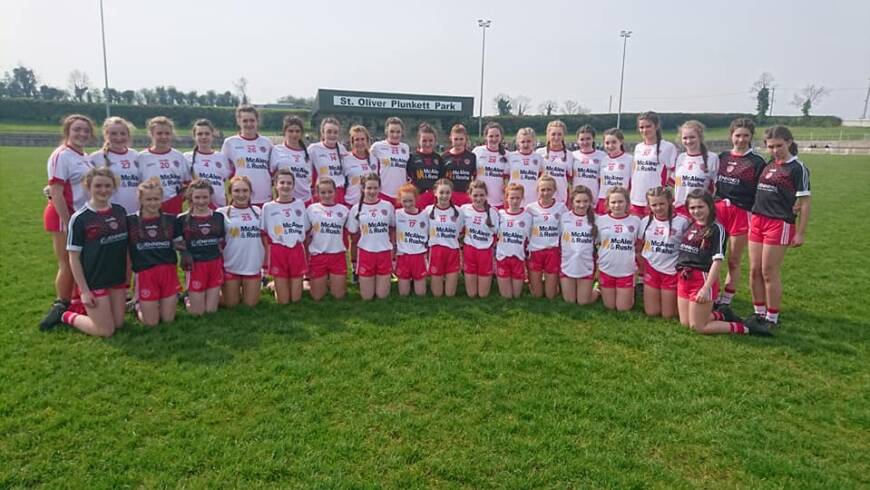 All Ireland Ladies Under 14 Gold Championship Semi-Final
Tyrone V Cavan Saturday 15th June at Lisnaskea
Tyrone’s under 14s will attempt to book their place in the all Ireland Gold final on Saturday but must see off a team that caused them several headaches so far this season, Cavan. The Breffni side went into the new look under 14 series this year as the fancied side and while Tyrone claimed the Ulster Gold title they suffered a narrow loss to Cavan and again lost out to them in the new festival of football series at Monaghan.
It could be argued then that Kevin Mc Crystals young squad certainly owe Cavan one on this occasion in an all Ulster semi-final, Mc Crystal admits there was little between the sides through the season to date,
“ We lost twice to them, but there was never much between us and we are going into this semi-final knowing what we have to do, there’s quality in both camps so it could well come down to who wants it more” explained the Carrickmore man who has his side prepared well for the clash.
Tyrone players were on duty at club level on Monday past, the manager relieved that there were no injury worries ahead of what will certainly be a thrilling tie at Lisnaskea, “We know what to expect “ said Mc Crystal, “They are similar to ourselves and both our teams will have learnt a lot from the festival of football games over the past few months, I think we have improved from winning in Ulster and we are confident that we can reach the final”
The ladies GFA launched the festival of football series at the start of this year and the competition has received mixed reviews but as the Tyrone manager says it has been good for football, despite some long journeys,
“We were down the country and played a few games in Monaghan too, lots of football for the girls and a chance to play teams you normally wouldn’t get a chance to play, it’s been good for our girls for sure”
High stakes on Saturday but the young red hands can go into the semi-final full of confidence, they beat Armagh in the quarter final, Emma Conroy top scored alongside Carrickmores Sorcha Gormley in that game while Emer Mc Canny also impressed from midfield.  Expectations are high for Mc Crystals side but he admits it’s a big task,
“We have to be at our very best on Saturday, there can be no slip ups, as I said it will be who wants it more “