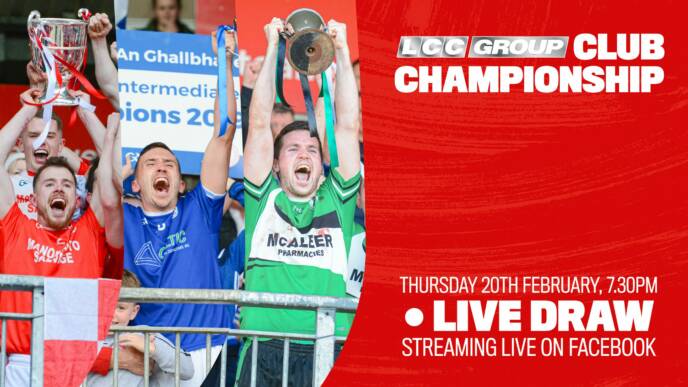 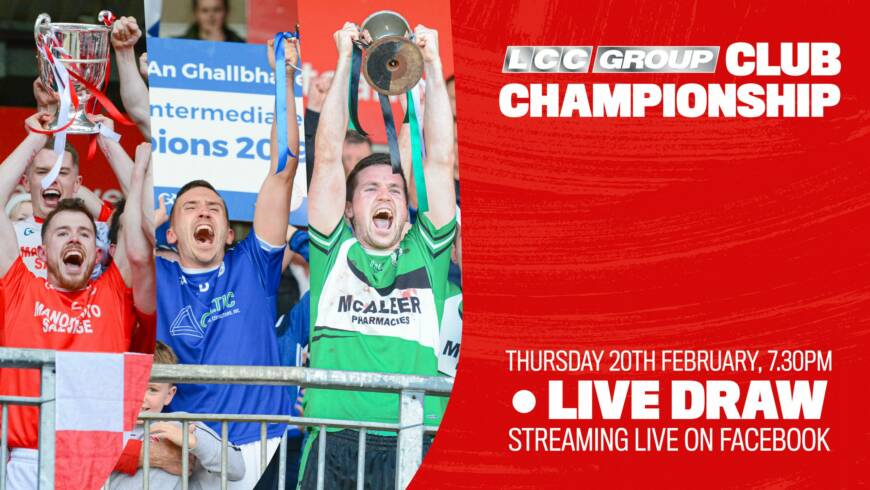 The eagerly-awaited draws for the 2020 Tyrone Senior, Intermediate and Junior Club Championships will take place this Thursday, 20th February, at 8pm in Garvaghey.
“Tyrone’s Club Championships are special” explained County PRO Eugene Mc Connell, “and the draw is always a big event in our calendar. This year we’re once again pushing ahead to make it even bigger and give it and the people involved the profile they deserve.”
The LCC Group as the main sponsor of the Tyrone Club Championships in both Football and Hurling are entering their 3rd year. LCC Group is an independently family-owned company, established in 1980. They are based proudly in its home Parish of Lissan, Lissan Coal Company was initially set up to supply domestic coal to local homes. It now provides a range of services spanning various energy sectors ranging across the world. The Group includes LCC Coal, LCC Oil, Go Power and Go Forecourt, with a business reach that goes far beyond Ireland to Belgium, Columbia, Europe, Russian Federation, Spain, South Africa, South America and the UK.
This Thursday’s draws for the 3rd successive year will be streamed Live across the world by Tyrone GAA TV & Radio in association with “Todds Leap”. The whole proceedings will go out live via the Official Tyrone GAA Facebook page, bringing this special occasion to Tyrone Gaels regardless of where they might be on the planet.
It is once again hoped the audience on the night will also include every Tyrone Senior, Intermediate and Junior, Football and Hurling Club Captains, all in their Club colours. This key aspect of the night’s events is hugely significant and highlights the importance of the Clubs. Last year’s three County Champions plus their managers will reflect on the successes in 2019 and provide some opinions on the destiny of the Championship titles in 2020.
“In the GAA it’s often said the ‘Club is King’” Eugene McConnell continued. “But too often it’s maybe just said but not backed up. Our event next week is about putting our Clubs and Club players Centre-stage. That’s why we’re doing it and that’s why it’s important that we do it.” We aim to continually raise the Red Hand Higher.
The Draw will be conducted by the Tyrone County Chairperson, and he will be assisted by LCC Group representative and Tyrone CCC Vice-Chairperson Adrian Scullin plus the CCC Chairperson Martin Sludden.
Tune in LIVE from 7.45pm and see all the action! 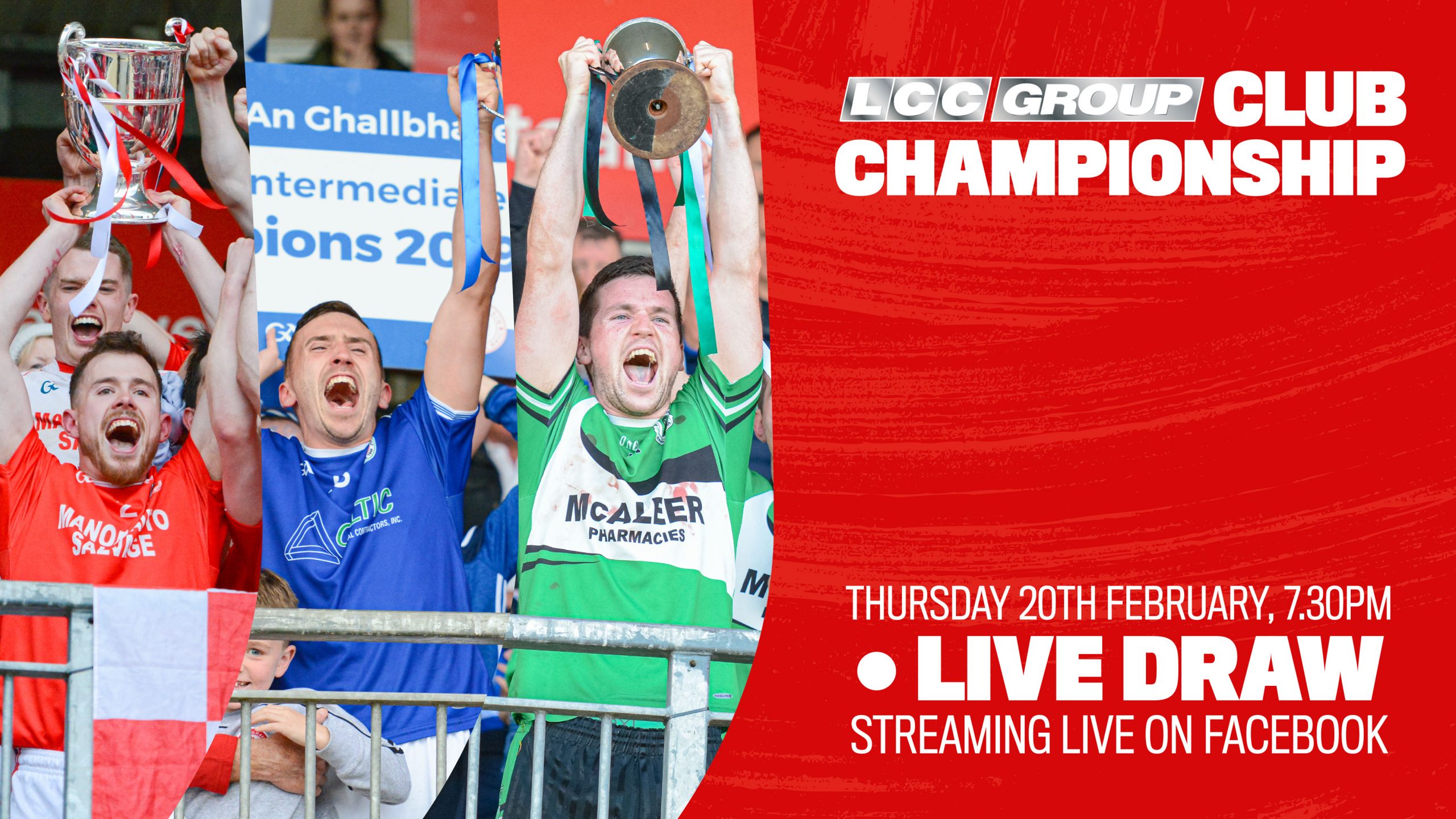