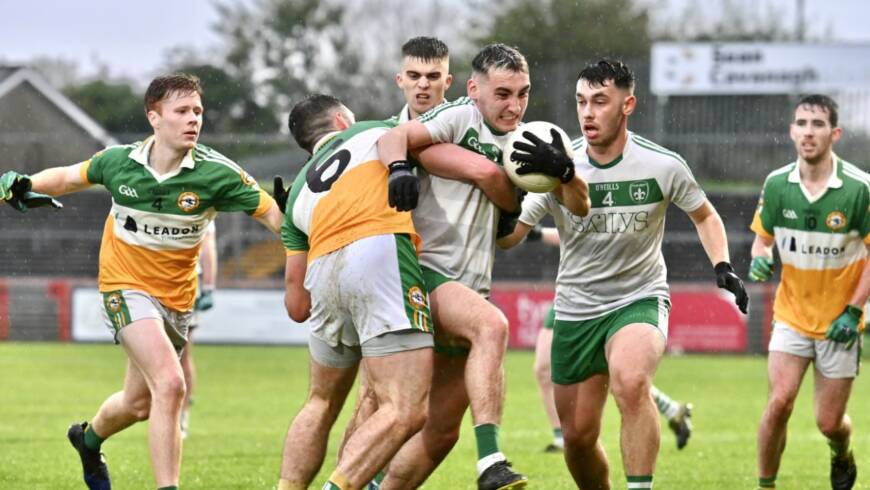 LCC GROUP Junior Football Championship 2021
The Championship is back, and the LCC Group JFC swings into action this week with a full programme of first round games.
The series promises to be entertaining, competitive and exciting, with several clubs firmly believing they can emerge triumphant.
It all starts on Thursday evening at O’Neill’s Healy Park when Urney take on Fintona.
Last year’s beaten finalists Drumragh return with a resolve to go one better, but they face a difficult first hurdle against Derrytresk at Garvaghey on Friday, with Brackaville facing Glenelly at Fintona on the same evening.
Four games will be played in double-headers at Pomeroy and Carrickmore.
On Saturday, the Thirds of Errigal Ciaran and Coalisland lock horns at Plunkett Park, ahead of the meeting of Cookstown and Castlederg.
And on Sunday, Pairc Colmcille is the venue for the clash of Drumquin and Brocagh, followed by Killyman’s meeting with Clann na nGael.
League winners Eskra have an eye on the double, but they will not be involved until the second round, having received a bye.
An exciting few days lie ahead for the players, management and supporters of all clubs involved. (FM)
By tyronepro Mon 20th Sep