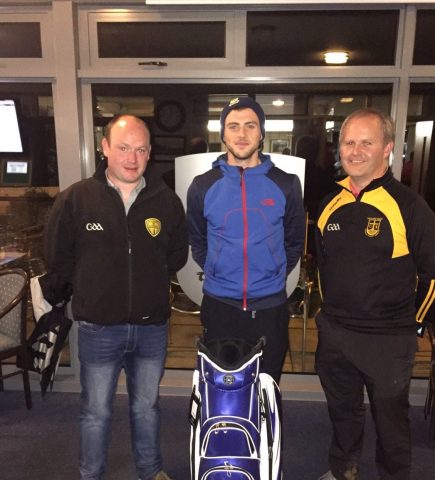 Loughmacrory St. Teresa’s held a very successful Golf Classic on Friday past in Omagh Golf Club with almost 40 teams taking part. Thankfully the weather played its part and stayed dry for the most part.
The winning team came from Ballinderry and were Daniel Mc Kinless, Gareth Mc Kinless, Matt Quinn & Emmett Mc Geehan with Ryan Daly, Dermot Loughran, Mickey Treanor and Paddy Tally picking up the second prize. Stephen Conway, Gavin Kelly, Colm Ward and Mark Ward ended in 3rd place with Paul Hyland, John Mc Daid, Derek Ballard and Fergus Scobie picking up the fourth place award.
Carrickmore man Dermot Loughran won the award for the longest drive with Chris Donnelly picking up the prize for nearest the pin.
The Club would like to extend a big thank you to all those who supported the event in any way which included all those who donated sponsorship, participated in the competition and to those helped on the day. Thanks are also extended to Omagh Golf Club for the use of their facilities. 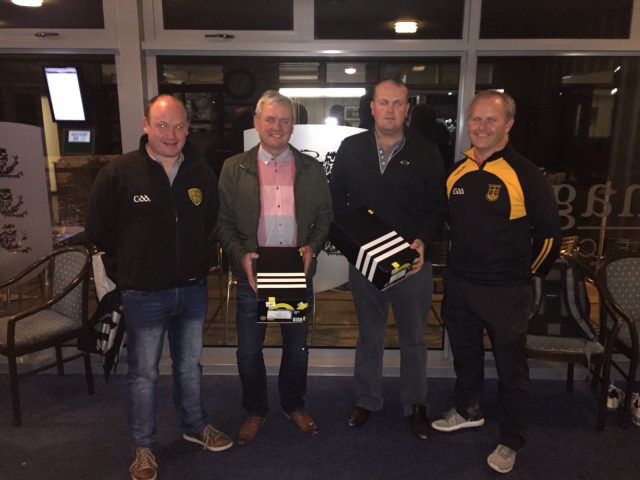 Mickey Treanor and Ryan Daly being presented with their second place prizes by Stephen Mc Cullagh and Shane Mc Cullagh. 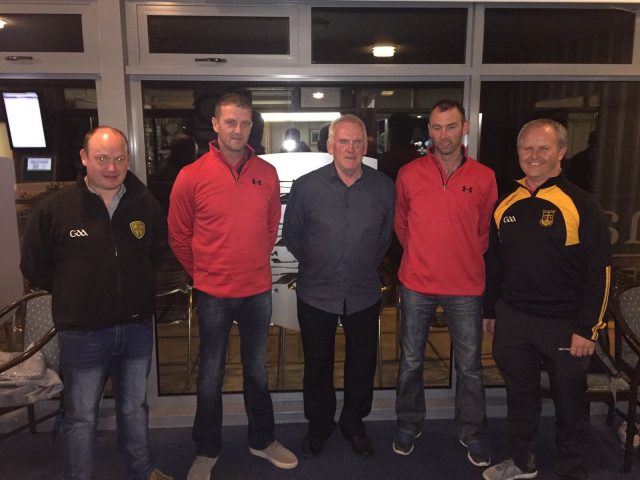 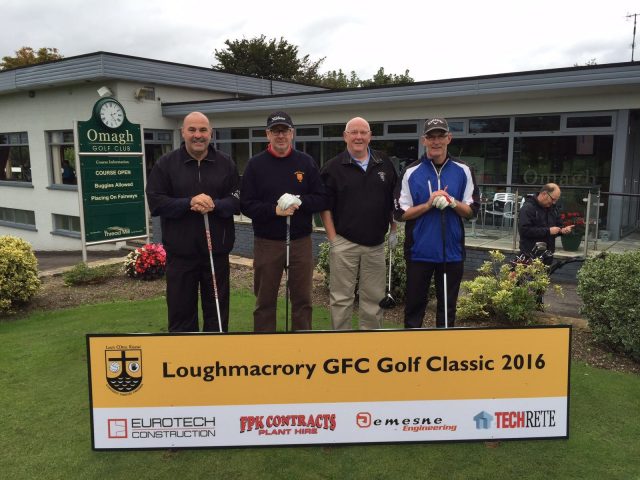 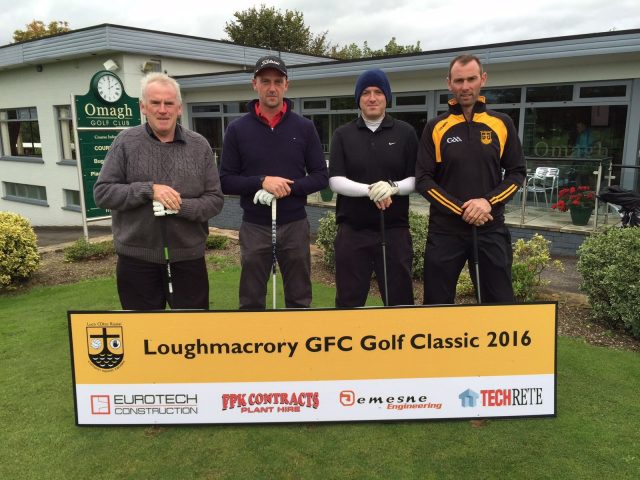 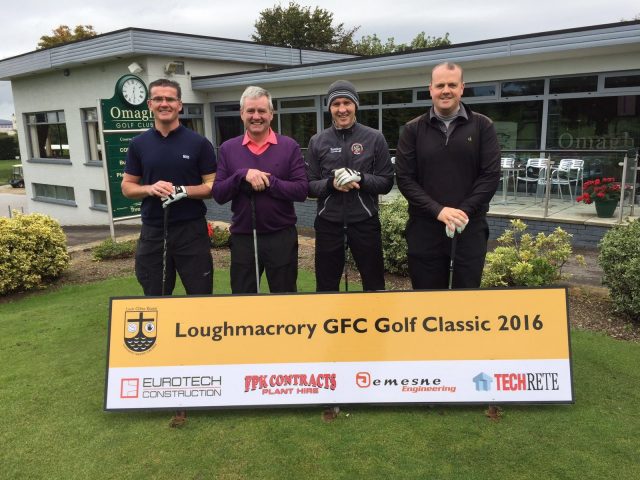 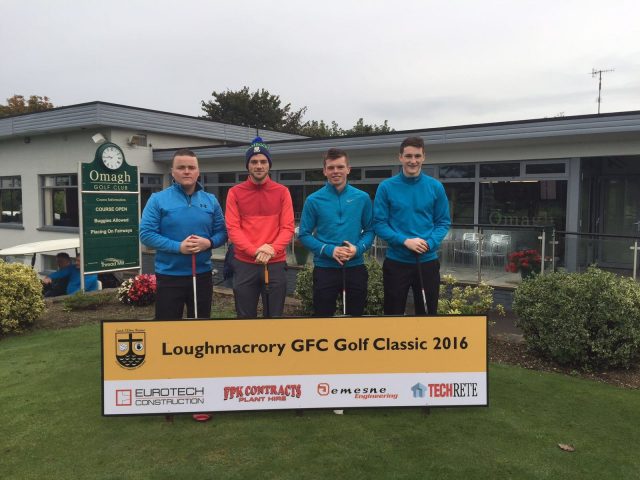