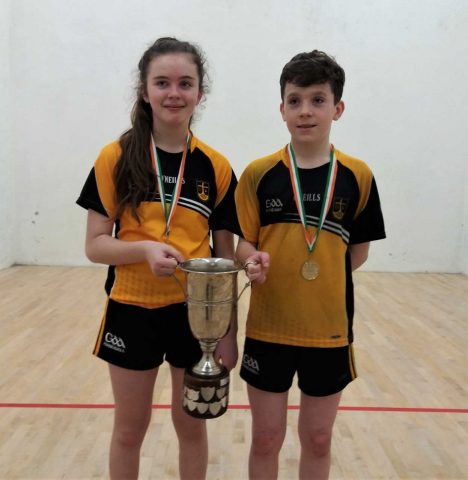 SHARE
The Loughmacrory pairing of Eoin McElholm and Dearbhail Fox produced some outstanding displays in Galway to bring the All Ireland Gael Linn Cup back to their club for the third time in the competition’s history.
A total of eight clubs, two from each province, arrived in Salthill on the first Sunday of February and after six hours of exciting action the prestigious cup was on its way back to Tyrone for the first time since Dara Curran and Mairead Fox teamed up to emerge victorious four years ago.
The Loughmacrory duo launched their title challenge in Galway with a smooth quarter final success over Sligo representatives Castleconnor, the match finishing on a scoreline of 56-25.
Then followed a gripping semi final contest against Lahorna from Tipperary which went right to the wire before Loughmacrory progressed to the national final with just three points to spare, 39-36.
The Lahorna pairing of Jack Mulcahy and Hannah Grace were strongly fancied to go all the way after defeating the holders, Galmoy from Kilkenny, but Eoin and Dearbhail produced a brilliant effort to make the final.
The national decider against Abbeyknockmoy’s Emma Kinane and Gavin Kelly was expected to be another great battle and it lived up to its billing.
But Eoin McElholm was on fire at this stage and Dearbhail Fox was growing in stature throughout the competition, and there was no stopping the talented Loughmacrory pair who stormed to a 15 point victory over their Galway opponents to lift the Gael Linn Cup on a 52-37 scoreline.
This is a very unique competition, which sees a boy and girl team up at under 13 level and they play two singles matches and a doubles match against their opponents with aggregate scores deciding the winners.
This year’s Gael Linn event turned out to be another proud day for Loughmacrory club, and the club’s success story has continued with success in the Ulster juvenile championship finals and in the All Ireland colleges championships. 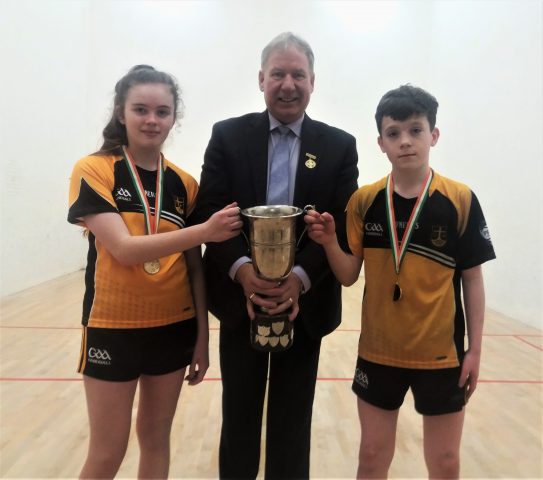 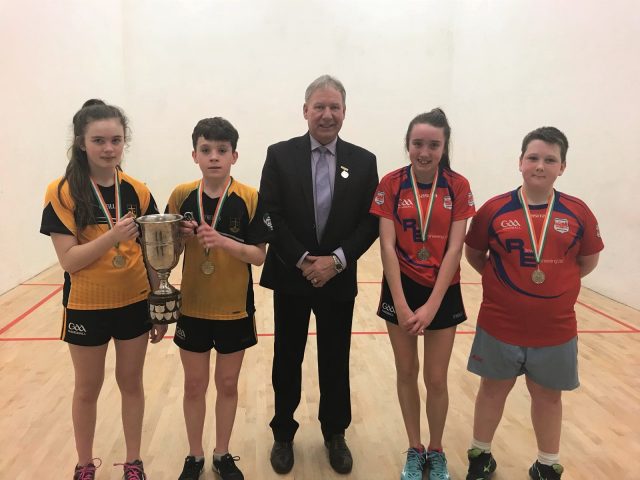