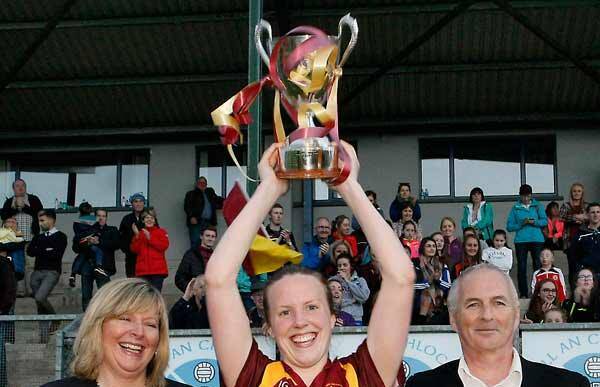 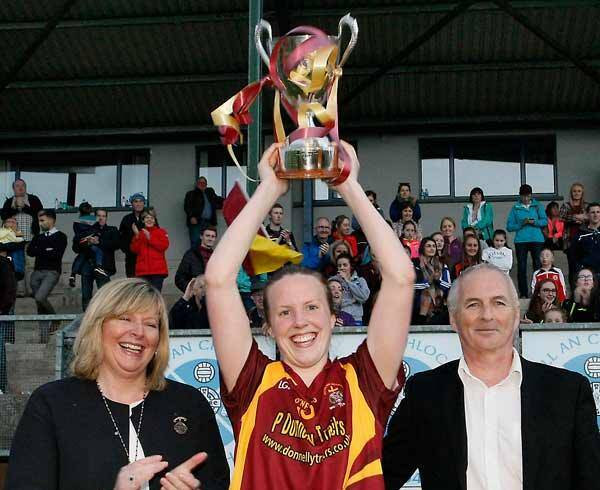 Ulster senior Club Championship semi-final
St Macartan’s 2-13
Moville 2-10
Chloe McCaffrey  top scored again for Tyrone senior champions St Macartans as they booked their place in the Ulster club final against Donamoyne. Young McCaffrey scored 1-5, her goal coming just thirty seconds into their semi-final contest with Moville at Augher with the Macs edging the tie by three points in the end 2-13 to 2-10.
St Macartan’s have yet to win an Ulster club title and have made no secret that this remains a massive focus for them, they boast a very experienced squad but the big question is have they the belief to finally get over the line, Donamoyne who beat a fancied Clann Eierann will be a massive test.
Macartan’s  led 1-11 to 1-3 at the break after getting off to a flier although as expected the Donegal side rallied, scoring 1-4 without reply in the final eight minutes, the goal perhaps of a fortunate nature caused Ryan Mc Menamin’s outfit a few anxious moments, yet the Tyrone girls had done enough to seal a memorable win, their unbeaten run stretches back to the 2015 county final loss to Errigal.
Despite a powerhouse start with McCaffreys 1-3 and point from Paula Donnelly Moville, inspired by Cara McGunness’ 18th minute goal and all star nominee Niamh Hegarty ,came back but failed to build on several opportunity’s as the Macs defended well. Paula Donnelly, Cathy Donnelly and Joline Donnelly points opened the gap.
McCaffrey and a Cathy Donnelly point increased the lead early in the second half and Donnelly was on hand to set up Shauna McGirr for the Macs second goal on the twenty minute mark of the half to leave it 2-13 to 1-6.  Sarah Jane McDonald and Hegarty points kept the Donegal side just about in it. Credit to Moville though they did come back with late scores including the goal from AIslean McGuinness however the quality of Lynda Donnelly, Slaine McCarroll  and Maura Mc Menamin told throughout.
A spirited hard working performance on a rain lashed heavy sod but with a place in the decider at the end of the month against the most successful of Ulster clubs secured by the Tyrone champions. Moville can have little complaint , they turned in a great shift against a very hungry Macartans who remain on course.