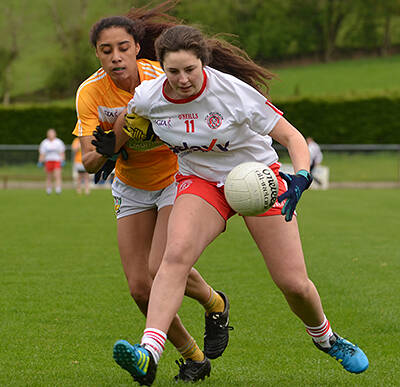 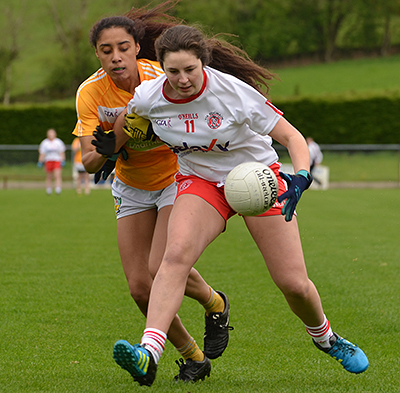 A win at Breffni Park for the Tyrone minors on Saturday will seal an Ulster A final spot for Hugh Donnelly’s side. It really is a winner take all clash, despite being a group game it may as well be a semi-final with the teams locked level on points at this stage.
The Tyrone girls eased to a good win over Antrim at Gardrum Park after their initial game in the Ulster series against Down was called off at the eleventh hour with the Mournegirls withdrawn from the competition. The winners of another straight shoot out between Armagh and Monaghan will also reach the A final which is certainly the place where Tyrone want to be, whatever happens though on Saturday afternoon the worst case scenario will see Tyrone book a B final berth
Despite this wonderful spell of weather and no shortage of pitches Cavan will once again Tyrone to the Kingspan Breffni 3G surface, it obvious they enjoy the surface and it has proven to be a troublesome place for some teams to get something from, not so much the Red Hands, the senior side with several minors on board captured a valuable league win on the 3G earlier in the year.
Hugh Donnelly took charge of the team at the start of the year, he has assembled an excellent squad, many have come through the successful under 16 squads with a couple also knowing the heartbreak of  Ulster minor defeat, it’s a good mix but there is a sense of expectation about this cohort, pressure on Donnelly to a point to deliver perhaps.
The adult league competitions in Tyrone started last weekend with the bulk of this minor squad  all on duty Aoibheann Mc Hugh,  Roisin Devlin, Meabh Corrigan, Maria Canavan and  Maeve Maxwell were all impressive on the opening weekend of the season, the return of Canavan coming at just the right time after a training ground injury ruled her out of the Antrim game.
Sat. 6th May
Minor Championship
Cavan v Tyrone @ Breffni 3G (Declan Carolan, Down) @2pm
U14 Championship @ 3pm
Down v Tyrone (Paul Swift, Monaghan)