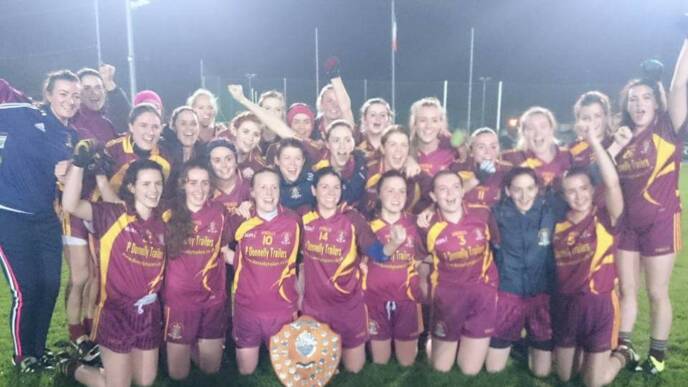 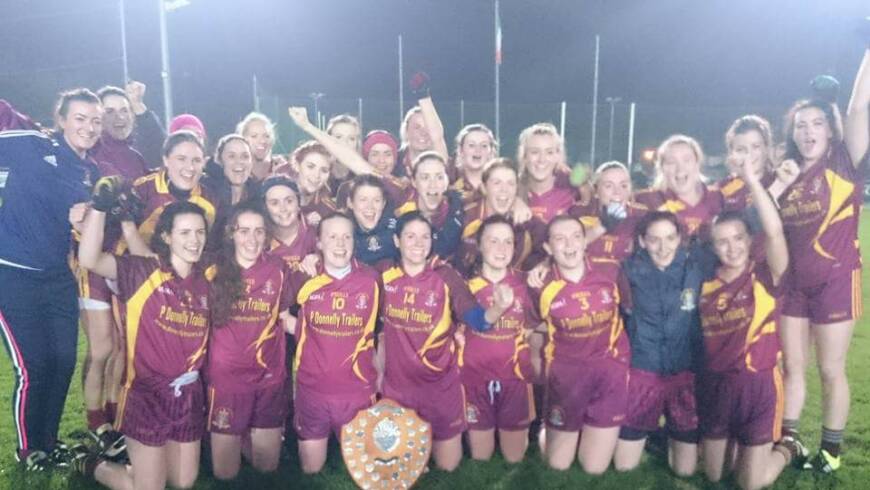 A new exciting structure to the Tyrone ladies adult leagues is expected to boost interest in the ladies league series that gets underway on Sunday evening. Focused on set dates and regular timing it’s hoped that attending games of the clubs ladies senior, intermediate and junior teams will become second nature to followers of gaelic games in the County.
St Macartan’s will put their division one title success on the line again this weekend as the new Tyrone Ladies all county league gets up and running with a full fixture list through all three divisions. The Macartan’s have been the frontrunners when it comes to the senior league and once more they will start as favourites to make it six titles on the bounce, a remarkable record in any competition.
The league and championship winners open their campaign against neighbours Errigal Ciaran, a side filled with quality and experience who kept on the coat tails of their rivals through all of last season. What a way to start the new season ! Far from being an “old team” as some suggested St Mac’s boast an abundance of exciting newcomers including senior championship top scorer Chloe McCaffrey who is set to do battle with fellow St Ciaran’s College team mates Clodagh Donaghy and Meabh Corrigan. Maria Canavan leads the line for Errigal, mouthwatering stuff for followers of the ladies game.
There’s a parish derby too in division one as Carrickmore welcome Sperrin Og, two of the County’s top forwards lining up in this one with Gemma Begley and Niamh O’Neill in opposite corners, league runners up Aodh Ruadh will host last year’s beaten championship finalists Killeeshill with intermediate champions Ardboe making the long trek to Clann na      nGael.
Division two will see both Omagh and Cappagh once again stake a claim for honours, the St Enda’s are in transition with Vinny McCullagh rebuilding a new team around the likes of Louise Moynagh and Christiane Hunter, Cappagh have welcomed back Naiomi McAnulla from her brief season in Armagh. St Enda’s host Aghyaran at St Patrick’s Park with the Ballinamullan girls welcoming 2016 junior league champions Galbally. Junior champions Coalisland albeit missing the services of several key personnel for the start of the season face off against Dromore who missed out in the intermediate championship final last term, but boast some excellent footballers. Drumragh, Loughmacrory, Donaghmore and Fr Rocks have delayed starts.
Of all the divisions the junior grade could well be the most keenly contested, twelve teams will go toe to toe with well over half of the teams on the start line well capable of promotion. Gortreagh Gales are no more with both Kildress and Rock back fielding their own teams again. The Tones head to a hotly tipped Fintona, Rock host Edendork.
Relegated Trillick head to Moy on the opening Sunday with the team that came so close last season Castlederg facing a trip to Badoney, the Derg girls lost the championship and league finals so will be determined to make amends this term.
Sunday’s games have a uniformed 6-30pm throw in and that is a boost for the ladies game in the county. Fixtures secretary Lisa Mallaghan and her team have been working hard behind the scenes and County chairperson Donna McCrory  is looking forward to a new exciting adult season
“The Tyrone leagues look healthy and all the teams will start this weekend on a level playing field, the big thing is that they are all competing, we had new clubs last year they are now aiming to become established clubs, my abiding hope that despite some clubs having issues with numbers they will all complete the season, that’s vital to keep girls playing football and I know over the year we will be looking to seek ways of keeping football going in some areas and boost numbers elsewhere”