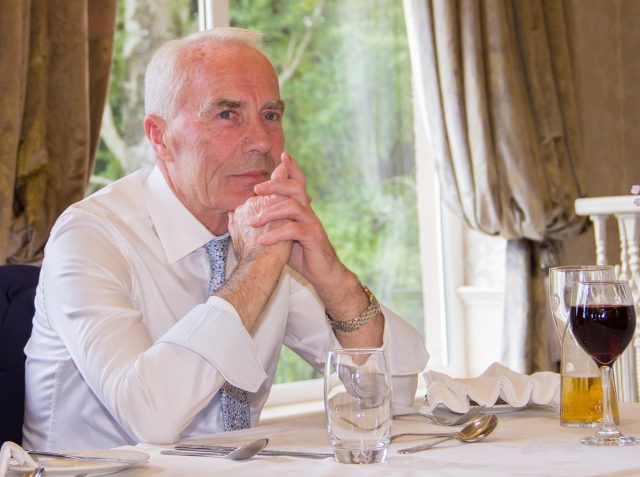 It is with deep regret that Coiste Chontae Thir Eoghain have learned of the death of former County Chairman Pat Darcy.
Pat made an indelible mark on the Association throughout his life, through his decades long service to the Tattyreagh St Patrick’s club as well as his major contributions to his County and at provincial level.
Playing a key role in the reformation of Tattyreagh, Pat went on to hold all of the main officerships within his club, as well as acting as club referee for many years before taking up the reins as the Senior Team manager, a positon he held for almost a decade and oversaw the clubs promotion to Intermediate Football in the late 90s.
At County level, Pat served initially as Disciplinary Secretary on the Games Administration Committee, before becoming chairman of the GAC/CCC followed by Vice-Chair of the County Board. He was elected as Tyrone GAA Chairman in 2004, a role which he held until 2009, during which time he also served as Chairman of Club Tyrone. Pat presided over the most successful period in the counties history, collecting 2 All Ireland Senior Football titles, an All Ireland Minor Football title and a Lory Meagher Cup during his tenure. After stepping down as Chair in 2009, he went on to serve as Tyrone’s representative on the Ulster Council and later took over as Chairperson of Tyrone Camogie, a role which he continued to hold until his passing.
Pat was also a strong community activist and played a leading role advocating the building of the A5 Dual Carriageway in recent years.
On behalf of the Officials and members of the County Committee and our clubs we extend our deepest sympathy to his children Claire, Sean, Sarah and Louise, his grandchildren, his brothers and sisters and his large family circle.
His wake takes place at his home, 86 Tattyreagh Road, Omagh BT78 1QD commencing at 12 noon today (Wednesday). His funeral will be held in the Sacred Heart Church Omagh on Friday at 10.00 am.
Ar lamh dheis Dé go raibh sé.