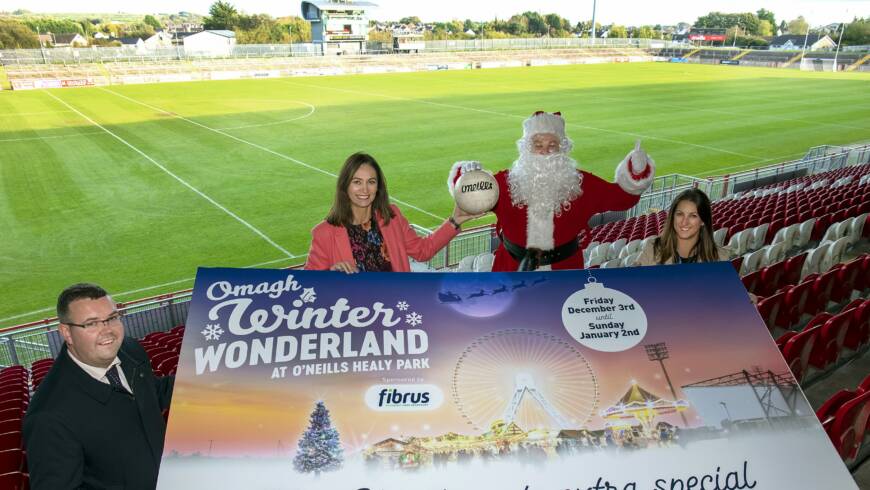 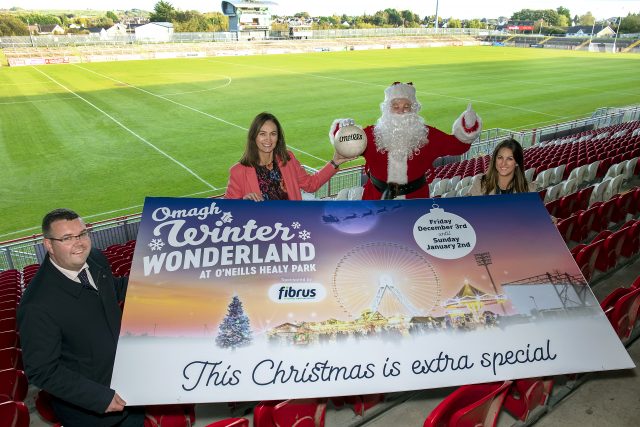 O’Neills Healy Park will be known for it’s hosting of inter county and club games and as the home of the Omagh St Enda’s  but instead of being the home of “Sam Maguire” this December the home of the all Ireland champions will be the home of another famous man bedecked in white and red……….Santa Claus!!

The Omagh grounds will host  Omagh’s first ever Winter Wonderland which will include a Christmas Market and The Omaghs Eye….one of the biggest ferris wheels outside of London….all that plus a very special Santa Trail.

Director of the Omagh Winter Wonderland is Omagh club Chairman Conor Sally. Over the past three years he has been behind several major improvements of the clubs facilities including the renovation of the clubs multi-purpose hall and the opening of a new café- Caife 32 that is open everyday.

Several outdoor concerts have been a massive boost for the club over the past two years too while the idea of the Omagh Winter Wonderland has been on the cards for over a year,

“We thought about it for a while and we do have lots of grounds that are sitting there doing nothing through the month, it’s really caught the imagination of the club and the wider community but I have to say it’s a wider community event, we are just hosting it here .We have the support of the local Council, the national Lottery and of course we have had great support from Fibrus, overall it’s coming together well and we are looking forward to a great month”.

The magical “Winter Wonderland” opens its doors on December 3rd running until January 2nd. Santa, his elves and reindeers with a stunning “Omagh Eye”, amusement park and a cracking Christmas market are just some of the attractions.  While the “Omagh Eye”, one of the biggest in the country will be a star attraction this December,  the Santa  trail which will feature specialist lighting from local firm Galaxy as well as real reindeers and elves is certain to generate real excitement for youngsters and their families in the build up to the big day

Live entertainment over the month will come from local schools, clubs, choirs and groups who will help get the festive spirit going and while  admission to Omaghs Winter Wonderland will be free it’s been confirmed that special family passes, fast passes and concessions are available for Santa, Omaghs Eye and the amusement park with clubs also invited to get details for special rates.