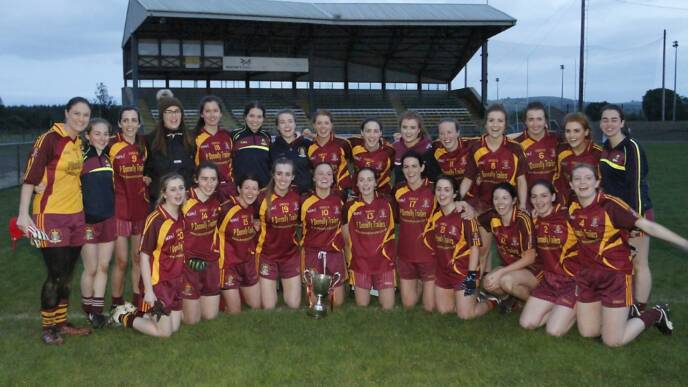 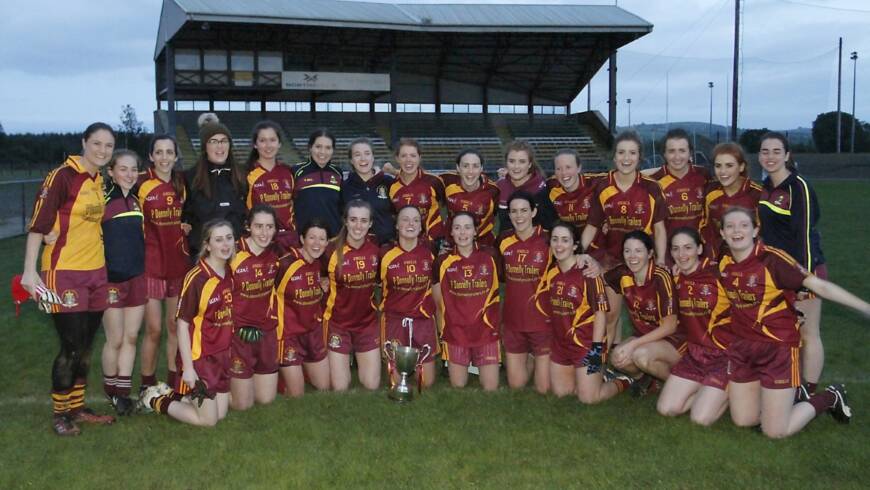 Tyrone senior ladies champions St Macartans will face off with Donamoyne in the Ulster club final once again in a repeat of last year’s decider with the Macs easing past Clann Eireann on Sunday at Fr Hackett Park. Paula Donnelly’s  first half  brace of goals set Macartan’s on course as they dominated for long periods of the contest.
Celebrating their 25th anniversary this year the Macartans  have made no secret of their Ulster aspirations. However they will be well aware that they will go into the final as underdogs.
Five points without reply gave Macartans the perfect start with Chloe McCaffrey, Cathy Maguire and Jolene Donnelly among the scores before Donnelly’s first goal. Moving the ball at pace up the park opened the Armagh defence and McCaffrey sent Donnelly in for a low finish.
Aoibheann Henderson’s 25th minute point got Clann Eireann off the mark but Paula Donnelly’s second goal arrived two minutes later to stretch the Tyrone double champions’ lead. Sarah Henderson converted a free close to half-time but it was the home side who finished strong with Shauna McGirr firing over following a sharp move. Mac’s lead at the break 2-6 to 0-2.
Clann Eireann lost their first choice keeper Catherine Lawless early in the second half and it unnerved them as St Macartans continued to press. In spite of their dominance however all they could muster was a Jolene Donnelly point and this gave the Armagh champions hope. Clann Eireann enjoyed their most productive period of the game that saw Aoibhinn Henderson, Sarah Henderson and Megan McCann hitting morale boosting scores.
Any hopes though of a sustained comeback were snuffed out with Macartans third goal as Cathy Maguire hit the net. Sarah Henderson and Tara O’Hagan swapped closing scores but Ryan McMenamin’s side were not to be denied and they eased to a comfortable win and a place in the Ulster Final.
Final Score: St Macartans 3-8, Clann Eireann 0-6.
St Macartans: Paula Donnelly 2-0, Cathy Maguire 1-2, Chloe McCaffrey 0-2, Joline Donnelly 0-2, Shauna McGirr 0-1, Tara O’Hagan 0-1