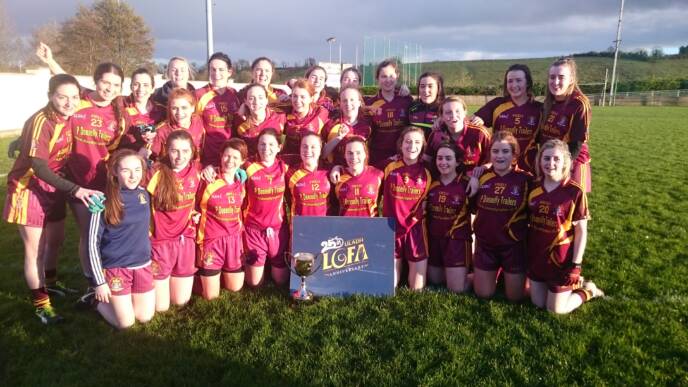 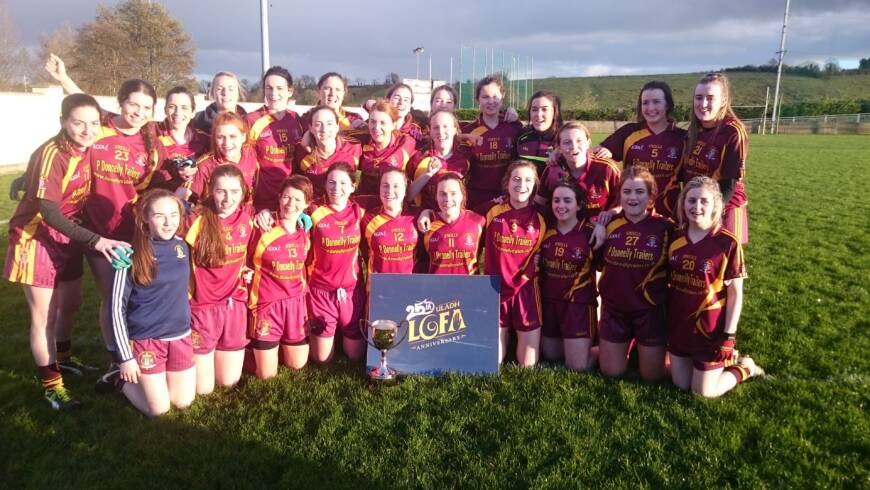 Ulster Senior Club Championship Final
St Macartans (Tyrone) 3-4
Donaghmoyne (Monaghan) 1-8
REIGNING All-Ireland ladies senior club football champions Donaghmoyne were stunned by Tyrone’s St Macartans in Sunday’s Ulster final.
St Macartan’s landed their first-ever provincial title in a nail-biting encounter at St Oliver Plunkett Park, Emyvale.The Tyrone girls, who are celebrating their 25th anniversary, looked to be coasting at the break as they led by 11 points.However, they could only add a further point in the second half as Donaghmoyne fought their way back, but the 2016 All-Ireland winners left themselves with too much to do.
St Macartans laid the foundation for the victory in the opening half as they showed their intent with a high-intensity game plan giving Donaghmoyne no time on the ball and forcing errors and turnovers.It took just 70 seconds for Chloe McCaffrey to set up Cathy Maguire for the opening goal.
Louise Kerley hit Donaghmoyne’s only score of the half on four minutes, from a free, as St Macs dominated. The game went without a score for 19 minutes following a Joline Donnelly free until Paula Donnelly took advantage of hesitancy by Linda Martin to flick a delivery from her sister Joline over Martin and into the net.
Before the interval, Paula Donnelly netted her second goal with a piece of brilliance and calmness, coolly chipping the ball to the net to give St Macs a 3-3 to 0-1 lead. They had a glorious chance to extend that advantage just three minutes after the restart but Linda Martin saved Colleen McQuaid’s penalty, before the midfielder pointed the rebound.
The pressing game that St Macartans played in the first half disappeared as they tired and Donaghmoyne dug deep. Fiona Courtney began a spell that yielded an unanswered 1-7 from the 10-time Ulster champions, who were back in the hunt.
St Macs were not helped by having both Shauna McGirr and Slaine McCarroll sin-binned, and five further points followed for Donaghmoyne, before a Louise Kerley goal from the penalty suddenly left just three between them with still two minutes of normal time remaining.
Four additional minutes were added but only a Rosemary Courtney point came in that time as Donaghmoyne also had Lauren Garland sinbinned.
Scorers for St Macartans: P Donnelly 2-0, C Maguire 1-1, J Donnelly 0-2 (f), C McQuaid 0-1.
Donaghmoyne: L Kerley 1-4 (1-0p, 0-3f), F Courtney, E McElroy, G Comiskey and R Courtney 0-1 each.
St Macartans: N McKenna; N McGirr, S McQuaid, M Treanor; S McCarroll, M Donnelly, L Donnelly; S McRory, C McQuaid; C Maguire, J Donnelly, P Donnelly; S McGirr, C McCaffrey, M McMenamin.
Sub: T O’Hagan for S McGirr (57).