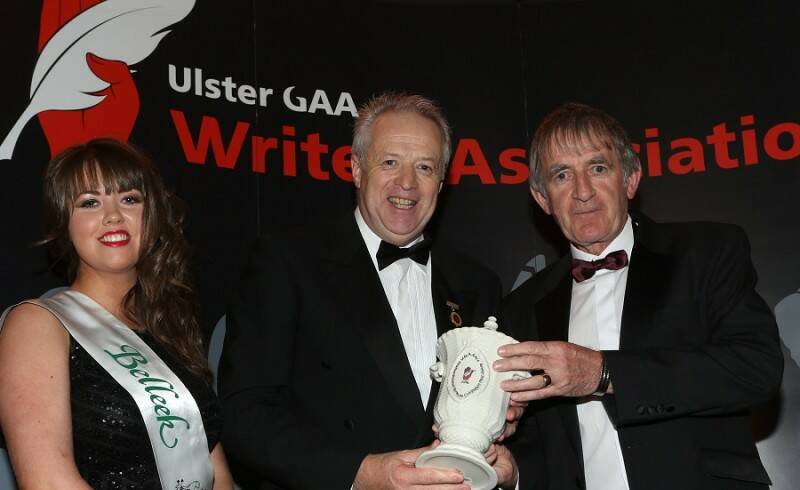 Tyrone had another successful night at the Ulster GAA Writers Awards at the Great Northern Hotel in Bundoran, coming away with 4 winners in the Culture, Handball, Young Achiever and Services to the GAA categories.
The inaugrual Cultural Award was received by Omagh St Enda’s for their sterling work in promoting our culture and for their success at County, Provincial and National Level at Scór Na nÓg and Scór Sinsear levels. The award was received by Club Secretary and All Ireland Ceili Dancing winner Paul Breen.
Loughmacrory GAA Handball Club collected the Ulster GAA Writers ‘Handball’ Award for 2014. This was in recognition of a fantastic year for the club which saw the launch of a state-of-the-art One Wall Handball Arena as part of a massive £1 million+ Community project back in June 2014 and hosted a record Ulster One Wall Championships there as part of the launch of that facility.
Young Achiever of the year was won by Johnny Woods of Breacach. Johnny collected an unprecedented clean sweep of 40×20, One Wall and 60×30 All Ireland titles at Minor level in a remarkable campaign. An outstanding seven All Ireland championship titles in total in 2014 makes most impressive reading for the gifted teenager.
The Services to the GAA award was won by Carrickmore and Drumragh clubman Seamus Woods. Seamus is currently Chairman of the Central Referees Appointments Committee at Croke Park and Secretary of the Ulster Colleges Council.  A former Chairman of the Central Competitions Control Committee under the presidency of Christy Cooney as well as a former Tyrone Vice Chairman, Seamus was a much deserving recipient of this award for his many years of dedication to the GAA throughout Ireland.
This year’s nominated Charities for the event were the Cormac Trust and deterMND and presentations were made to Brendan McAnallen and Anto Finnegan on behalf of those organisations.
Pics from John McIlwaine 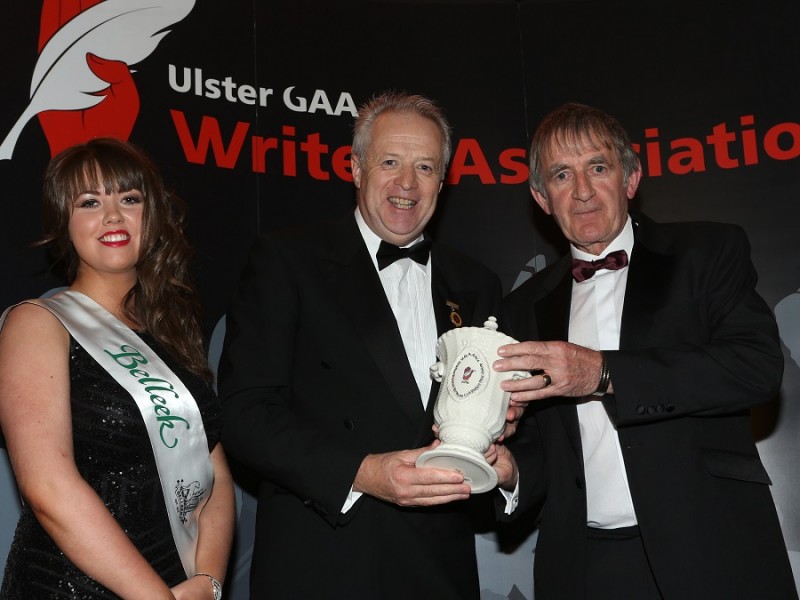 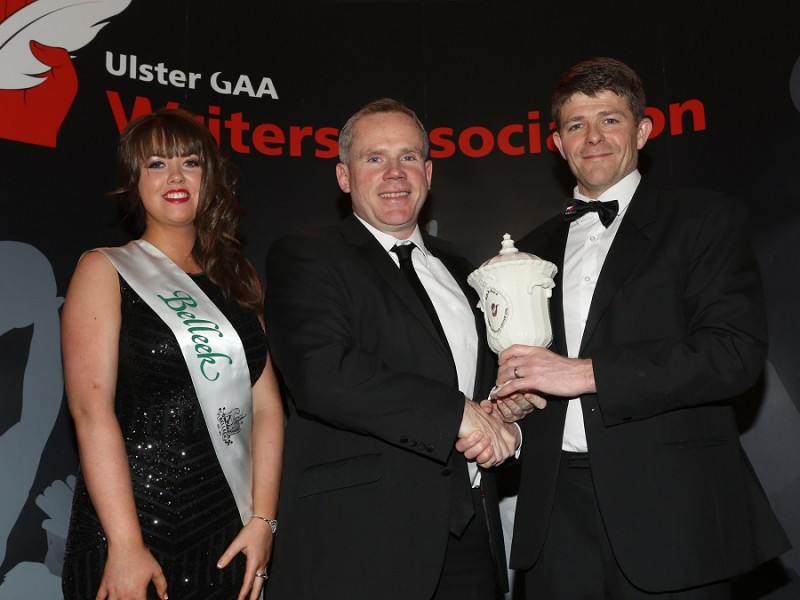 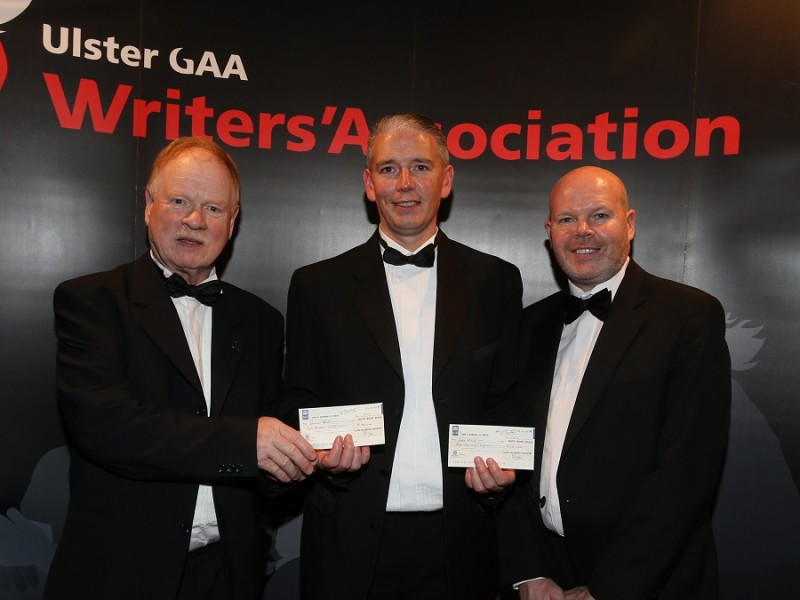 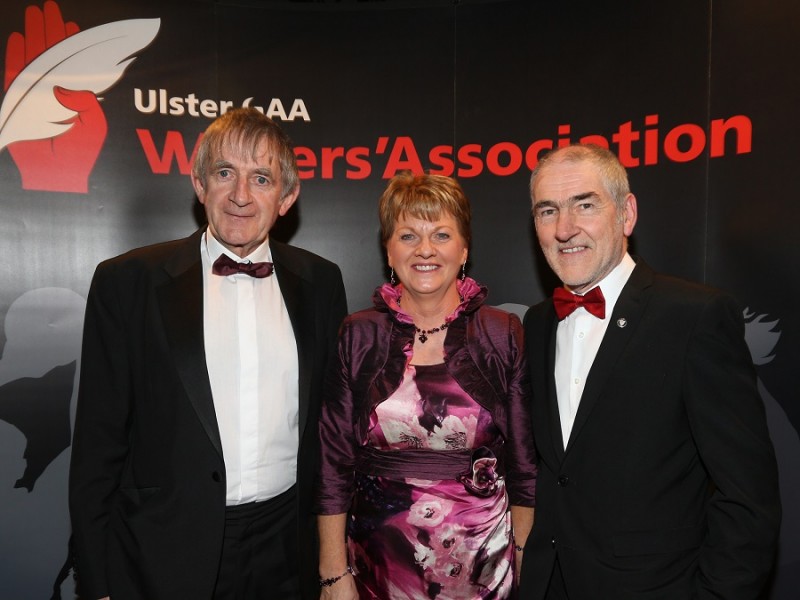 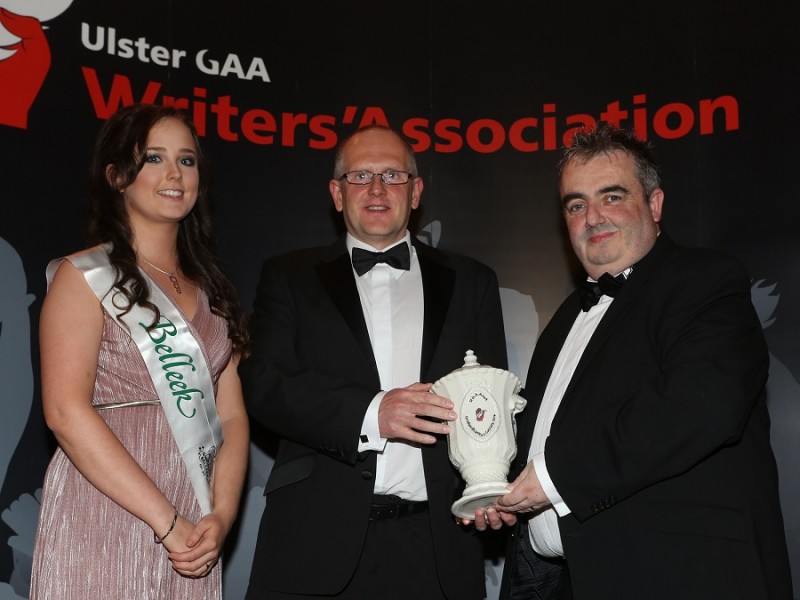 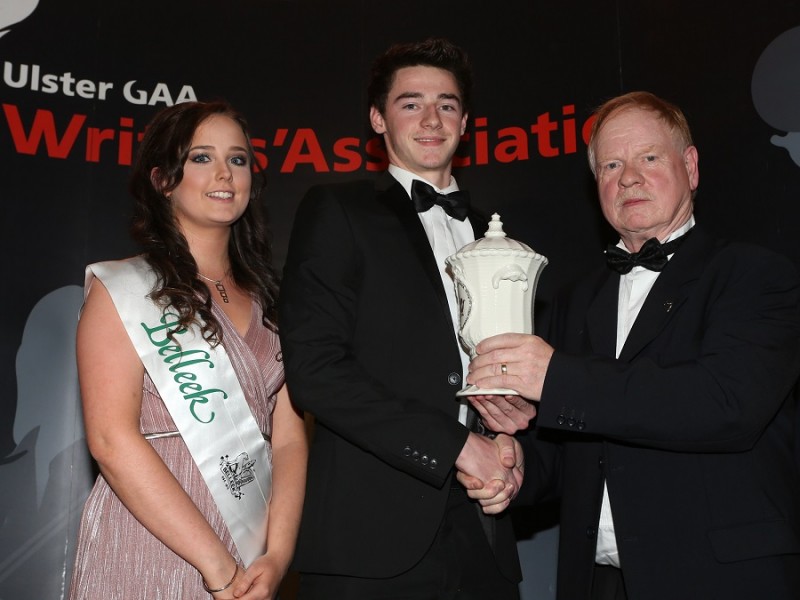