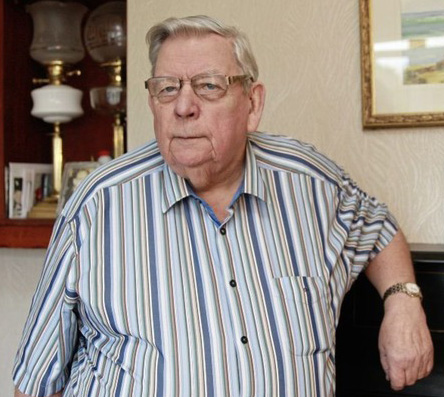 Gaelic Tyrone is deeply saddened to learn of the death of Tony McKenna, a pivotal figure in the development of the GAA in our County for over 60 years. A MacRory Cup winner with St Macartan’s, Monaghan in 1956, Tony seamlessly became a very young member of Tyrone’s breakthrough 1956/57 Ulster SFC team before emigration to Canada took him, like so many others, out of Tyrone.

On his return he became re-immersed in the GAA across the board at Clogher Éire Óg and Tyrone County levels, refereeing, managing and administering. He chaired Tyrone’s League/Activities Board (1982-87) and then became County Chair in in 1987, overseeing Tyrone Ulster Senior and Minor successes. On through retirement Tony remained true to the Tyrone cause as a constant supporter, Club Tyrone member and Garvaghey Patron.
Our deepest sympathy goes to Tony’s family, friends and the Gaels of Clogher.
‘Nil sa bhas ach malairt beatha: death is but a change of life. I measc Naomh na hÉireann agus Laochra na nGael go raibh se: may he be among the Saints of Ireland and the Heroes of the Gael.’
By Gerard Tue 31st Jul