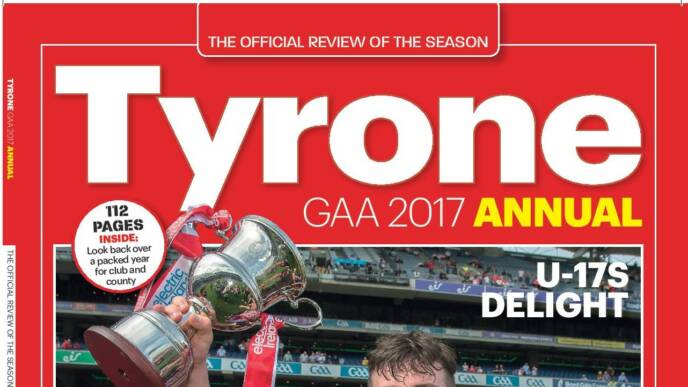 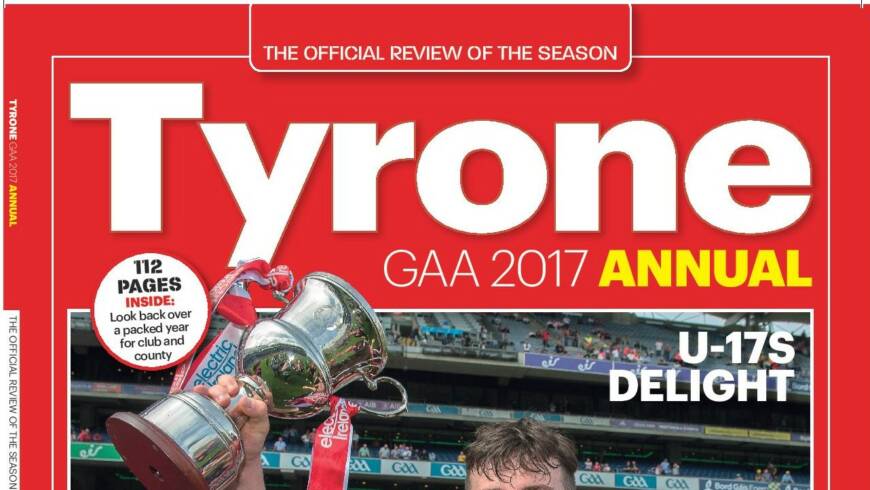 It has been another impressive year for Tyrone football teams at inter-county level. Once again, the county seniors captured the Ulster Senior Championship title and McKenna Cup, while the senior ladies also won their provincial crown.
2017 was an historic year too for the Tyrone U17 football team. Not only did they win the inaugural Ulster title but they also went on to record a famous victory at Croke Park which saw them become the first ever All Ireland champions at this level.
At Club level Moy Tir na Nogs captured the Tyrone and Ulster Club IFC titles, while there was County successes too for Omagh St Enda’s and Tattyreagh St Patrick’s.
Elsewhere Eglish Camogie team reached the All-Ireland Intermediate Final at Croke Park; the Tyrone hurlers progressed to the Ulster Shield Final; the Eire Ogs senior hurlers completed a fourth successive Benburb Cup triumph; and it was another impressive year too for the County’s handballers and Scór participants.
Celebrating a historic year for both club and county the Tyrone GAA Annual 2017 hits newsagent shelves this Thursday 7th December 2017.
This year’s bumper publication includes:
• U-17s win first ever All-Ireland series
• Mickey Harte says Tyrone will be stronger in 2018
• Joe and Justin McMahon talk about retirement
• Owen Mulligan suggest new plan for Red Hands
• Brian McGuigan excited by young prospects
• Club by club season review
• Celebrations for Moy’s Ulster win
Brought to you by the locally owned and run North-West News Group the Tyrone GAA Annual 2017 reflects the company’s commitment to quality local sports coverage in the county.
Tyrone GAA Annual editor Barry O’Donnell commented “The Tyrone Senior team regularly fly the flag for the red hand county the length and breadth of the country and this year the Tyrone Ladies made their mark too. Our Hurlers and Camogs also regularly scale the heights and our club and school scenes are second to none. Every week our newspaper titles provide in depth coverage of the past 7 sporting days and are proud to have produced this annual for the third year. This is a perfect chance to look back on the year just gone and forward to the one ahead. Nothing unites people quite like GAA and we are delighted to encapsulate it all in our 112 page annual to be treasured for years to come by any GAA fan.”
Available to purchase in newsagents from Thursday 7th December at just £4.95/€6.50 the Tyrone GAA Annual 2017 is the perfect stocking filler for any GAA Fan this Christmas.
For further information or copies contact Catherine/Mairead on 028 82 415009 or email c.cassidy@northwestnewsgroup.com 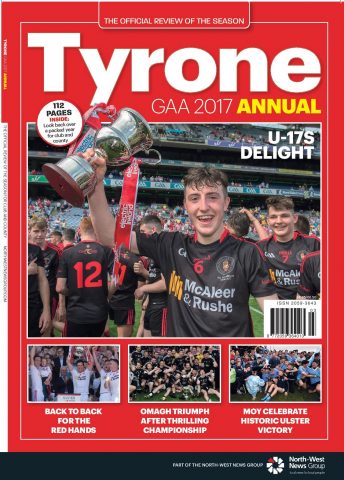