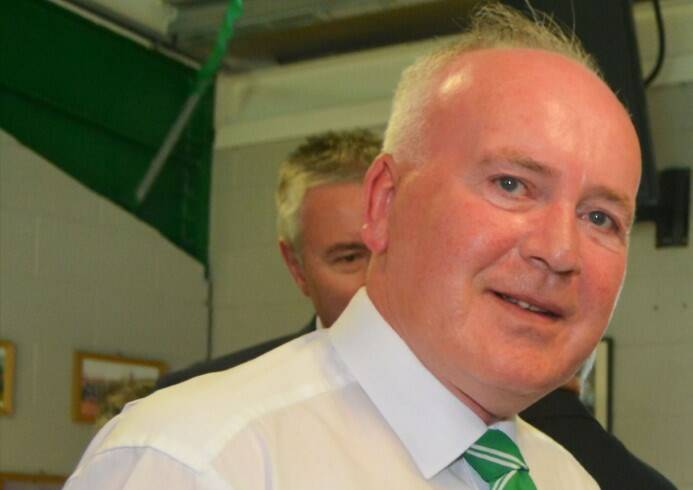 Paddy Gallagher (Drumragh) RIP
All Tyrone Gaels everywhere would like to offer their sincere condolences to the Family and friends of Paddy Gallagher, who sadly passed away on Wednesday morning.
Paddy was an ardent and dedicated Tyrone GAA volunteer who gave so much service and commitment to his Club Drumragh and the wider Tyrone GAA Family.
Paddy’s Father Hugh was one of the founding members of Drumragh back in 1972. In his early youth days Paddy played underage football with Tattyreagh before Drumragh was formed.
Paddy served his Club at all levels, during his playing career Paddy lined out in the White and Green jersey for his beloved Drumragh, Paddy helped Drumragh win the Div 4 ACL title in 1976 and a year later played Midfield on the Drumragh U.21 team beaten in the County Final. In 1983 Paddy again tasted success winning the Div. 3 League title with his cherished Drumragh. Paddy also lined out for his County and won an Ulster Minor League Title with Tyrone and played on the Tyrone  1974 Vocational team beaten in the All Ireland Final by Wicklow.
Paddy went onto manage the Drumragh Senior team leading them to Junior Championship titles in 1987 and again in 1999 as well as managing various youth sides over many years. In 1996 Paddy took charge of the Senior team for yet another term. Paddy coached at all levels in the Club and was happiest when out on the pitch cascading his knowledge and expertise to the youth of Drumragh.
Away from the playing side Paddy also served as Club Chairperson in 2016 and was the Club’s current County Committee Delegate at the time of his sad passing.
Tyrone GAA extend their sincere sympathy to Paddy’s wife Patricia (nee Lynch), son, Cathal plus Daughters Aine and Meave as well as his mother Kathleen plus all the extended large family circle, his brothers Emmett, Joe, Aidan sisters Eimear and Jacinta plus pre deceased by his brother Ciaran last November