Tyrone GAA welcome “Begley’s Sports” on board as a New Corporate Brand Sponsor. 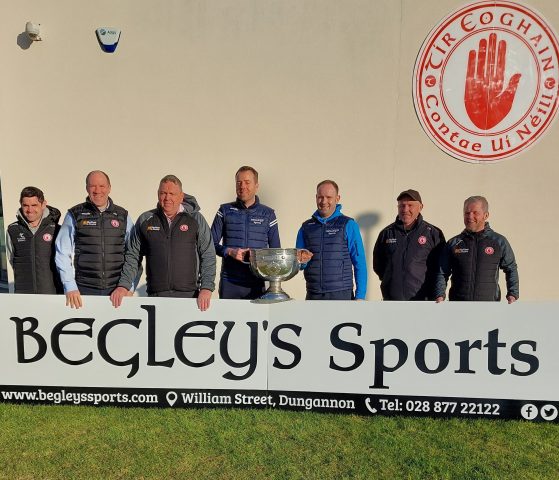 The Begley Family have always had close links with Tyrone GAA and these links are sure to get even more stronger with the “Begley’s Sports Brand coming on board to support Tyrone GAA as a New Brand Corporate Sponsor.
Speaking at the Official Launch, County Chairperson Michael Kerr, stated it was a fantastic boost to Tyrone GAA to welcome on board such a strong GAA Family steeped in the GAA within our County. Their support will assist Tyrone to develop both on and off the pitch. Begley’s Sports have been a huge contributor to both Club & County across all codes for many years.
The Begley family have been ever present with their shop in Dungannon since the 1950s. It started out as a ladies drapery store, owned and run by Donagh and Bridie Begley, and over the years it has evolved to sell many things including Irish souvenirs, Tyrone Crystal, religious gifts and eventually sporting goods.

The family have always been active GAA members and supporters; Donagh sat on the Tyrone County Board for over 20 years and won a senior county championship with Dungannon Clarkes in 1956. During his time with the Tyrone County Board, Donagh was given responsibility for sourcing the team playing kits and it was in this role that he established a close relationship with O’Neill’s Sports. Through this connection, Donagh began to sell sporting goods in the Dungannon shop and became an O’Neill’s agent, supplying local GAA clubs with playing kits.
Donagh’s son Brendan Begley took over the shop in 1986, and in 1993 sponsored the Tyrone Minors, the second business name to appear on a Tyrone jersey.
After two extensions Begley’s shop became a sports store exclusively in 2003, and Brendan’s wife Margaret opened Begley’s Gifts on Irish Street. At the same time Margaret and Brendan’s two sons – Christopher and Darragh – began working in the sports shop together and the William Street shop became known as Begley’s Sports.

Darragh won a senior county championship with Dungannon Clarkes in 2020, the first time the club claimed the title since his grandfather Donagh’s team secured the same victory back in 1956! 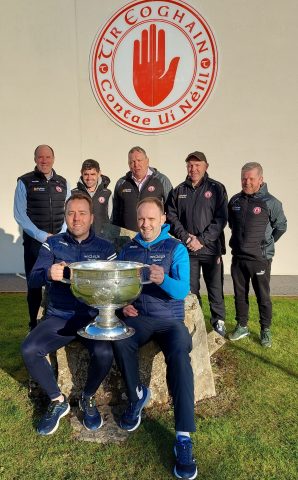