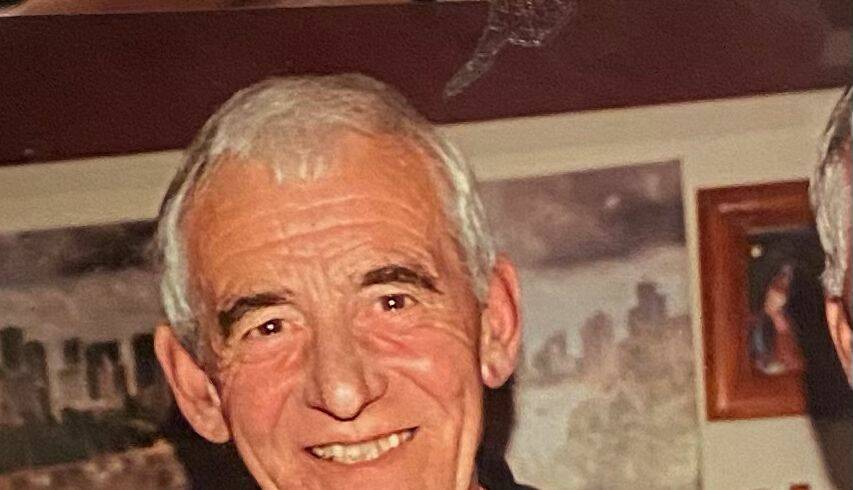 Today a true Gael  was laid to rest in Donaghmore.  Patsy Gallagher left this world a much richer place.  Patsy served as Tír Eoghain Games Administration Committee (GAC) Treasurer from 1982-2000 when the GAC was replaced by current structures.  He then served as County Committee member until succeeded by present member, Patsy Hetherington.   It is worth mentioning that when Patsy was on the GAC it was a big deal.  The GAC meetings were seldom without controversy.  The County management committee reported briefly afterwards.  It is no exaggeration to say that the real business took place at the GAC meeting.  Patsy served as Treasurer, looked after finances and medals and many other things but was never ruffled.  He went about his business in a quiet efficient way.  Patsy served as club referee and there is a story of an intrepid West Tyrone team visiting the Lough shore.  Some heavy challenges were going in and another Patsy doing the line said to Patsy, “it’s getting a bit rough, somebody might get hurt”, to which Patsy replied, “Shhh!  They might hear you”.  The game finished.  Speaking of linesmen, Patsy held this much-sought-after job for many years.  He was utterly fair when doing this job.

There are many strings to Patsy’s bow and music was never far away.  Patsy led the Old Cross Céilí Band.  This band introduced a young singer, Philomena Begley, to the world and the rest is history.  Patsy and Margaret handed down the vital meas (respect) for our culture to their children and he was a keen supporter of Scór for the club.  Music groups don’t just line out and play like footballers or hurlers, it is much more nuanced than that.  In earlier days there were no club cultural officers, it usually fell to the Rúnaí.  Patsy held this post for two terms.  Patsy and Margaret shared a love for céilithe and organised them for years in Donaghmore and beyond.  Ó ghlúin go glúin, the love of gaeilc culture and games have been handed down with Conor and Pauric having played at all levels for the club, Pauric the current Secretary.  It was fitting that their grandchildren played at his funeral today.
Work and the GAA were always closely joined for Patsy too.  He managed to sell club Lottos while doing the rounds with his work.  Even in retirement, and with Covid restrictions, he managed to call on previous clients to sell his weekly Lottos, right up until a month ago.
That is just a taste of a life well lived, we are so grateful to have known Patsy.  Sincere sympathy to Margaret and children Karen, Conor, Claire, Cathy, Mari, Nuala and Pauric.