Home » Tyrone Handballers to the Fore

Tyrone Handballers to the Fore 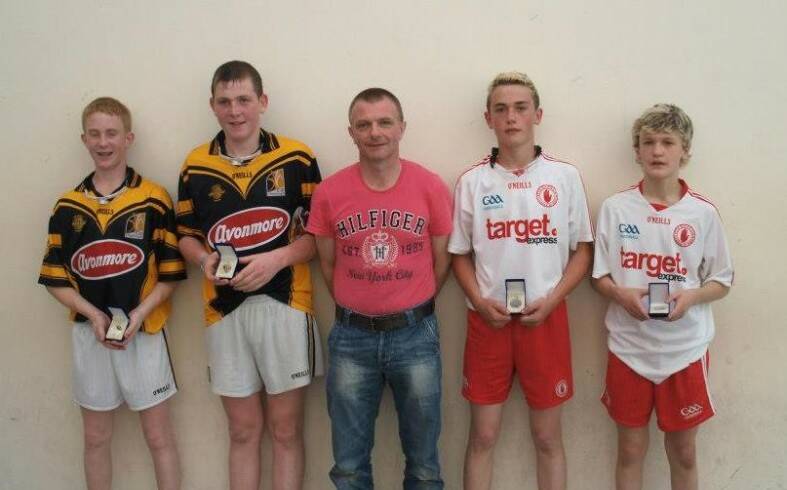 Tyrone’s prominence as a handballing force has been highlighted again thanks to another historic weekend for the county at the All-Ireland 60×30 juvenile championship finals in St Macartan’s College, Monaghan.
Seven Tyrone juvenile players collected an amazing total of four All-Ireland 60×30 titles on Saturday, adding to the tally of four national prizes that were claimed in wonderful style by virtually the same group of players in the 40×20 championships earlier this year.
That’s now a total of eight All-Ireland juvenile championship triumphs for Tyrone in 2012, a record-breaking haul for the county in one season, not to mention the national one-wall honours recently secured by Sean Kerr (13 and under) and Jack Campbell (15 and under).
There were 14 All-Ireland underage title deciders staged at the weekend and the roll of honour is Tyrone (4), Kilkenny (3), Galway (3), Wexford (1), Roscommon (1), Mayo (1) and Kerry (1). It’s a new development to see Tyrone topping the winners list for juvenile championships, and it’s a result of the fantastic effort of coaches like Martin Mullan, Niall Kerr and Kieran Kelly.
Sean Kerr, Johnny Woods, Ryan Mullan, Maeve McElduff and Aoife Kelly all completed magnificent All-Ireland doubles on Saturday, winning the same titles in the big court that they had won in 40×20, while for Pol Clarke and Gabhainn McCrystall, their success was deserved consolation for an agonising one-point All-Ireland minor final defeat at the hands of Clare in the smaller court back in April.
Pol and Gabhainn were impressive winners against Limerick in the under-17 doubles final on Saturday.
Special mention must again go to the imperious Sean Kerr who is now the national singles champion in his age group for 40×20, one wall and 60×30, which is a truly outstanding and unique achievement. Sean took the big alley honours in style, defeating Kilkenny’s Roy Cullen comprehensively in two straight games.
Johnny Woods and Ryan Mullan lifted the under-16 doubles crown on Saturday but they had to dig very deep to ensure a repeat of their 40×20 success in April. After losing the opening set to their Tipperary opponents, 21-6, they brought the match level with a 21-17 win in the second, but then trailed 8-2 in an exciting tie breaker. That’s where the Tyrone pair showed their class and mettle as they produced a scintillating finish to prevail by two points, on a scoreline of 11-9. It was undoubtedly the match of the day.
Maeve McElduff and Aoife Kelly added the under-16 doubles title in the girls’ category with victory over Kildare’s Áine O Keeffe & Kate Dagg, winning 21-3, 21-6. The 40×20 champions produced a smooth performance and coasted to another All-Ireland doubles triumph.
Despite all the successes at the weekend, there was one hard luck story in the form of Tyrone’s narrow defeat in the under-15 doubles final. Jack Campbell and Aaron Owens produced a superb effort against Kilkenny, for whom DJ Carey’s son Sean was in great form, and the Brackey lads were just denied another famous win, losing by the narrowest of margins in the second game, 15-14.
Niall Kerr, meanwhile, lost his All-Ireland masters singles final against the great Ducksy Walsh on Friday night in Kingscourt, while Shane O’Neill and Conor Duff lost to Galway’s Martin Mulkerrins and Ollie Conway in their All-Ireland intermediate doubles semi-final.
But last weekend was all about the Tyrone juvenile stars, a fantastic bunch of young handballers who have once again done their county proud.
Roll on the world championships in October!
All-Ireland 60×30 juvenile championship finals 2012
(Tyrone results only)
BU14S: Tyrone (Sean Kerr) beat Kilkenny (Roy Cullen) 15-1, 15-6
BU15D: Kilkenny (Sean Carey & Dylan Caulfield) beat Tyrone (Jack Campbell & Aaron Owens) 15-11, 15-14
BU16D: Tyrone (Johnny Wood & Ryan Mullan) beat Tipperary (Padraic O’Donoghue & Daniel Hayes) 6-21, 21-17, 11-9
GU16D: Tyrone (Aoife Kelly & Maeve McElduff) beat Kildare (Áine O Keeffe & Kate Dagg) 21-3, 21-6
BU17D: Tyrone (Pól Clarke & Gabhainn McCrystal) beat Limerick (Shane Murphy & Denis Donegan) 21-3, 21-15 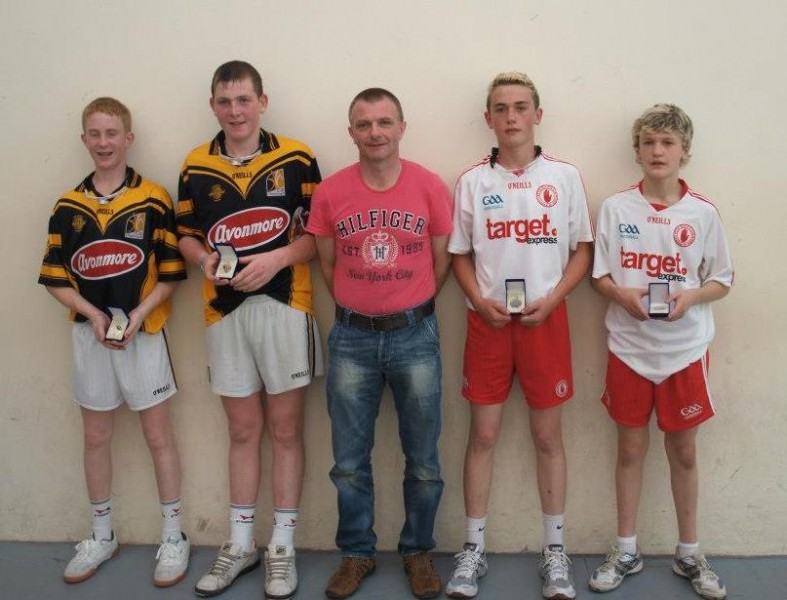 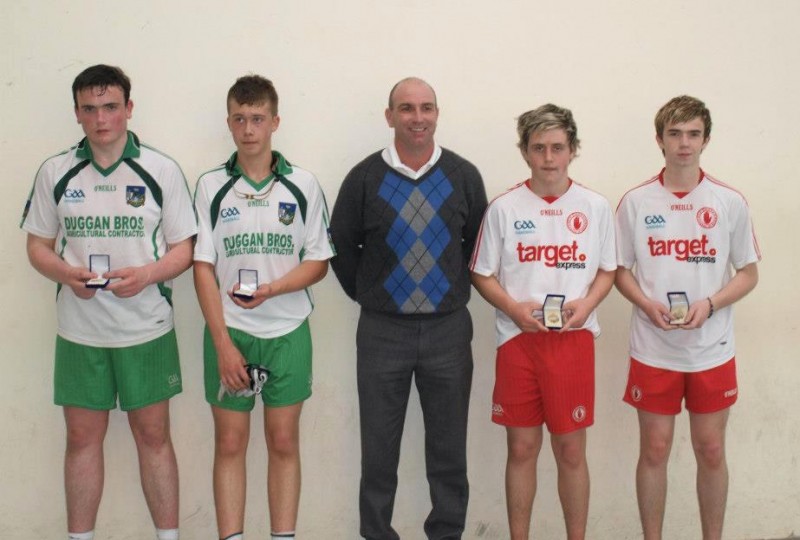 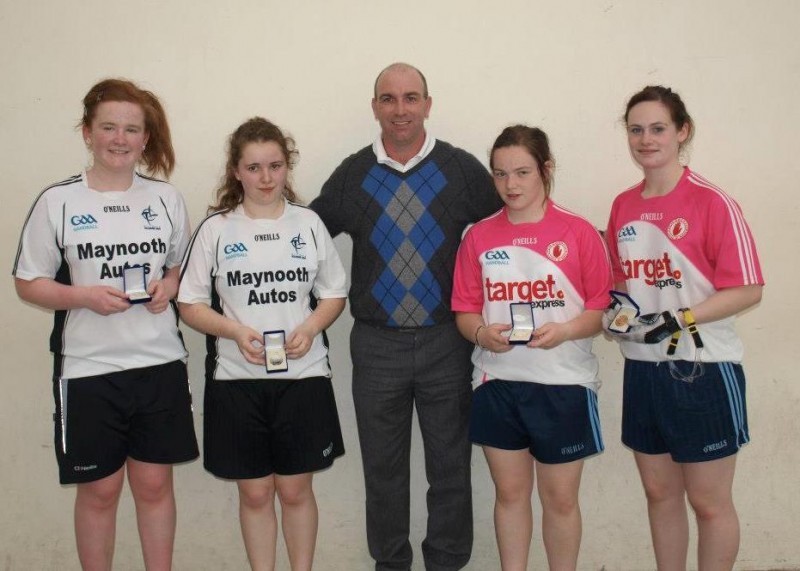 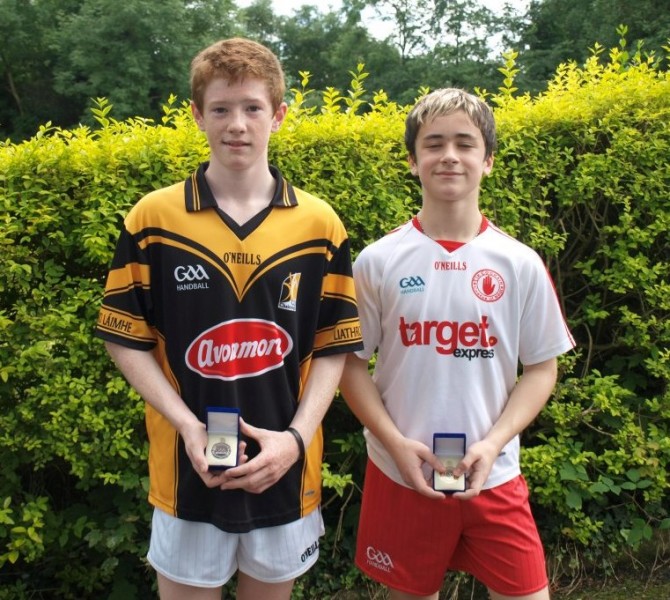 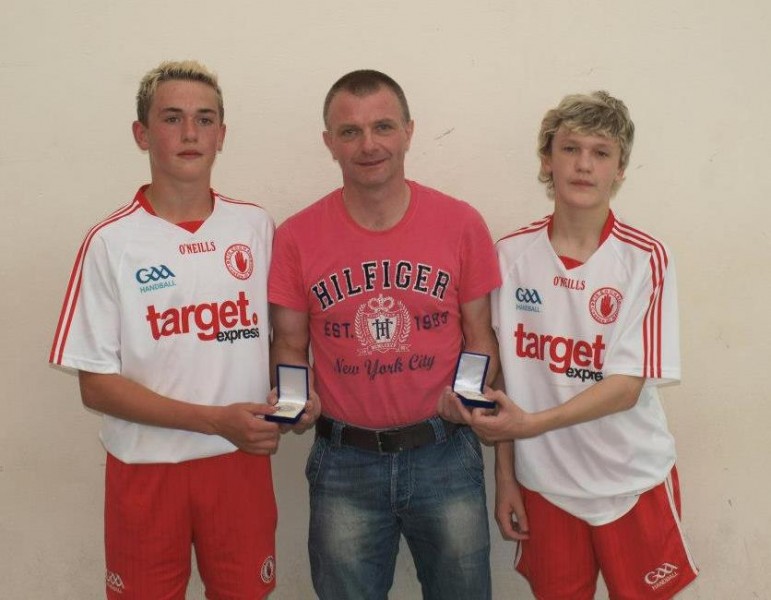 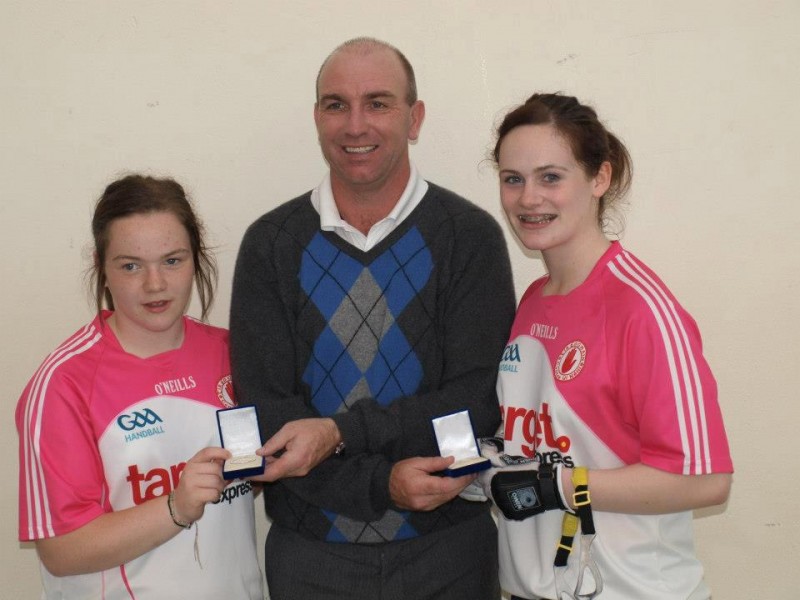 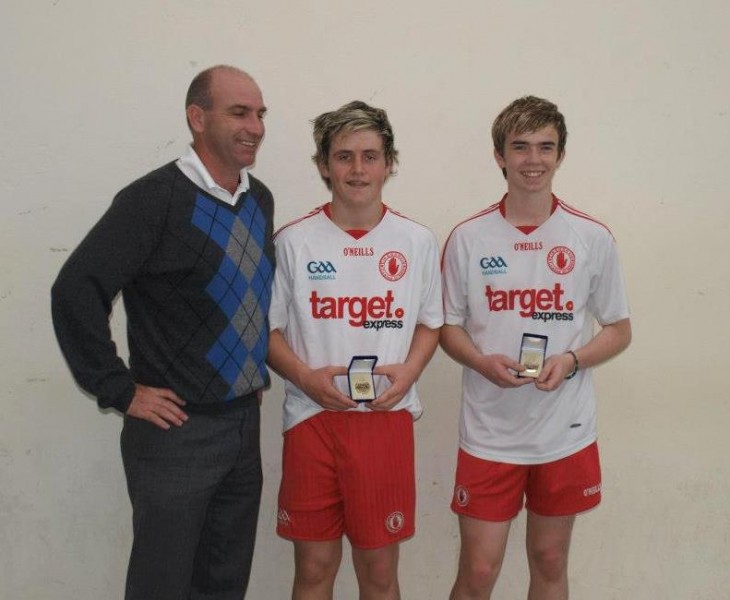 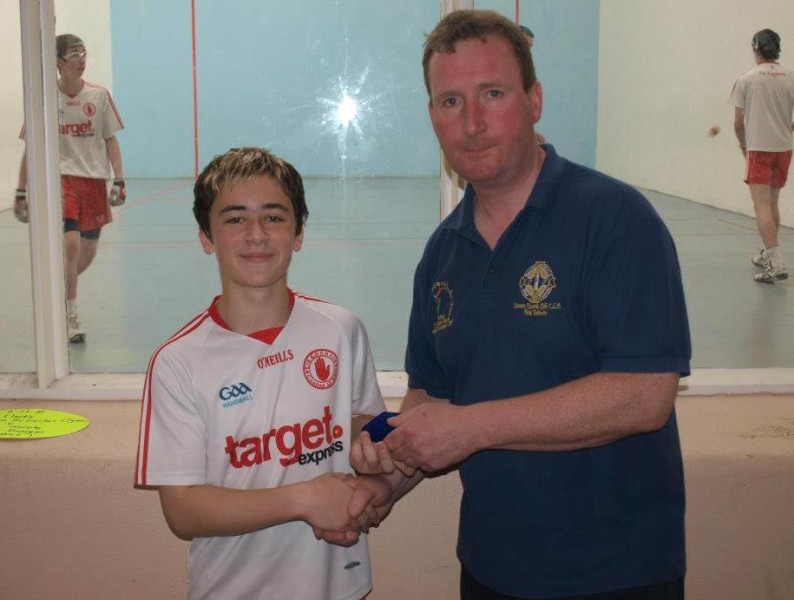 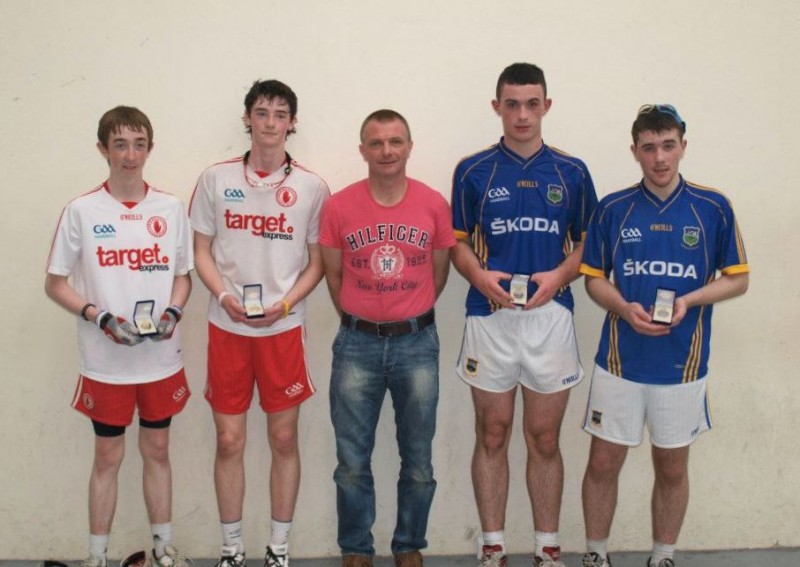