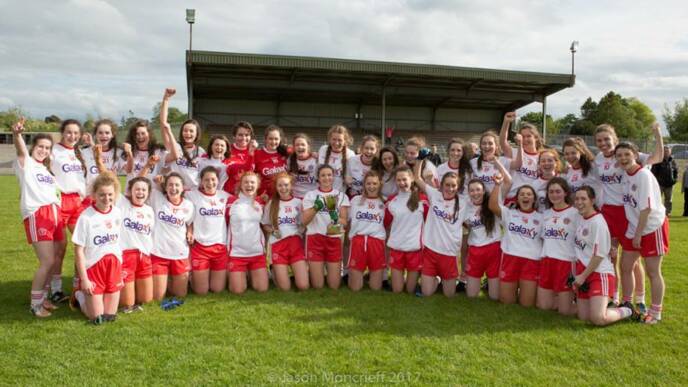 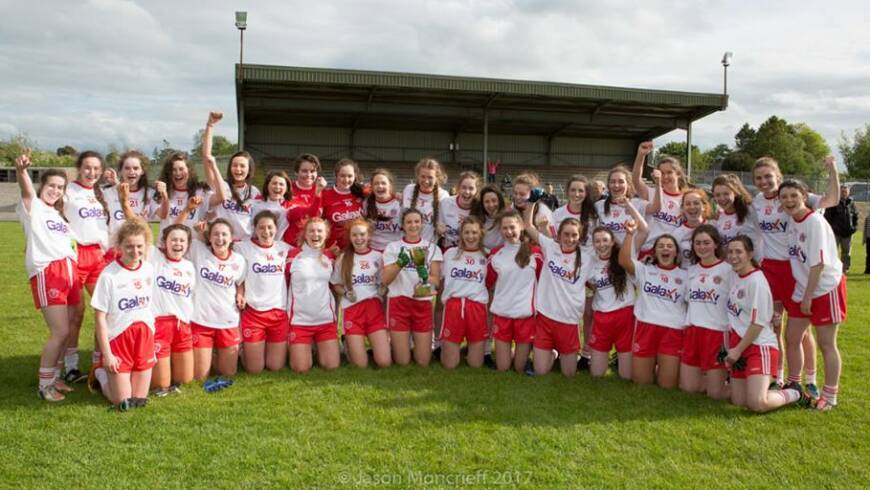 Tyrone 5-20 Armagh 0-5
Tyrone turned in a top drawer performance to overcome Armagh in the Ulster Minor A final in Lisnaskea on Sunday The foundation for the victory was laid with four first half goals, Maria Canavan, Chloe McCaffrey, Meave Maxwell and Caitlin Kelly on target as the Red Hand girls led at the break 4-9 to 0-4. Not once in the second half did Tyrone relinquish composure or exude complacency, with Armagh only managing a point against an expertly disciplined Tyrone outfit who added a superb 1-11. Canavan top scored with 1-9, Maxwell 1-4, McCaffrey fininished with 1-3 with Annie Devlin rattling in a late goal in the latter stages.
All Tyrones points were scored with skill and class as they eased trough the gears, assured at the back and full of running they now go forward to the all Ireland series. Before that though over a handful of players will return to the County senior squad as they prepare for the Ulster intermediate final.
The County Under 14s also claimed their Ulster title over the weekend as they beat Antrim.