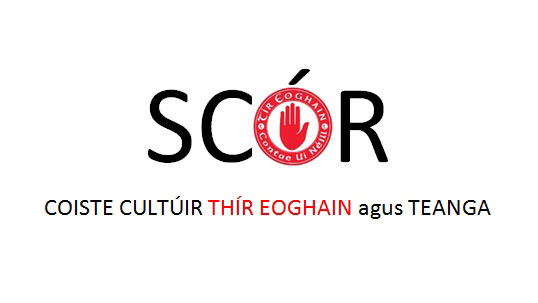 The Scór programme begins very shortly in mid-October 2017 now that we are aware of the dates of the subsequent Ulster Scór Competitions and the eventual All Ireland Final which is fixed for Sligo IT in mid-February 2018.

Coiste Cultúir agus Teanga encourages all clubs to take part in Scór competitions and indeed this year can be the preparation for the aim to have all clubs in Tír Eoghain participating in Scór by 2020 as this will be the 50th anniversary of the introduction of Scór in the county. This target can easily be met as it has been achieved in some of the other counties in Ulster in recent times and it would be so important for Tír Eoghain to achieve this as Tír Eoghain remains one of the strongest counties in Ulster and indeed nationally in terms of Ulster titles, National Titles and general participation.

Clubs need to continually remember that last year, and indeed the year before Tír Eoghain was national winners in Ceol Uirlise and Rince Seit and the previous Baileád Grúpa and Ceol Uirlise. There is no reason why such success cannot be achieve annually given the talent which exists within the clubs of Tír Eoghain

The preliminary rounds are being held in specifically located venues to facilitate club participation. We encourage clubs to travel to the nearest venue to their club base so to avoid heavy congestion and very lengthy events being staged at some venues. We have decided that particular clubs should travel to specific venues on specific dates in order to avoid this congestion. The venues and lists are as follows.