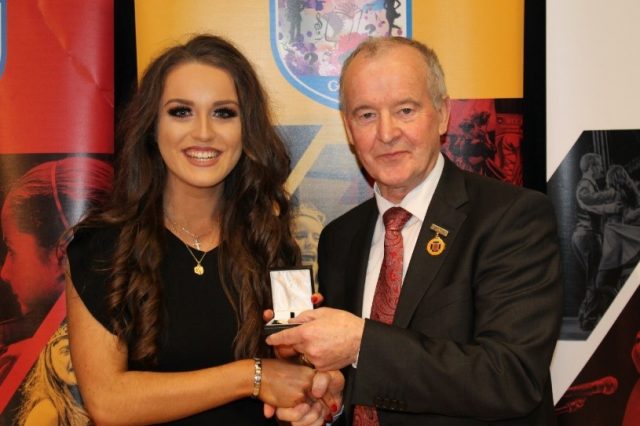 The Ulster Finals of Scór Sinsear were held in Silverbridge Harps GAA Club in Armagh on Saturday, 24th March 2018 at 5.00 pm.
Tír Eoghain were represented by five of our clubs in six of the finals. Killyclogher competed in the Rince Foirne section, Gortin were in Amhránaíocht Aonair, An Charraig Mhór competed in Aithriseoireacht and Rince Seit, Dromore in Baileád Ghrúpa while Derrytresk were the representatives in Léiriú Stáitse.
The competitions were witnessed by a full hall of almost 600 people and they were entertained to an excellent arrangement of the best that GAA clubs from across the province of Ulster could offer. In Rince Foirne the competition was won by a very polished Ceili dance team from the Watty Graham’s Club in Glenn Co Derry.
In the Amhránaíocht Aonair section Dearbhla Scallon from the Gortin St Patrick’s club gave an excellent performance of ‘Our Own Rebel Hero’ to capture her first Ulster title in Scór.

Uachtarán, Comhairle Uladh
In the recitation section which came second was a flawless performance by Annette Kelly, from An Charraig Mhór, with a soon to be topical subject, “The Pope in Ireland”, also won her first Ulster title at this level. 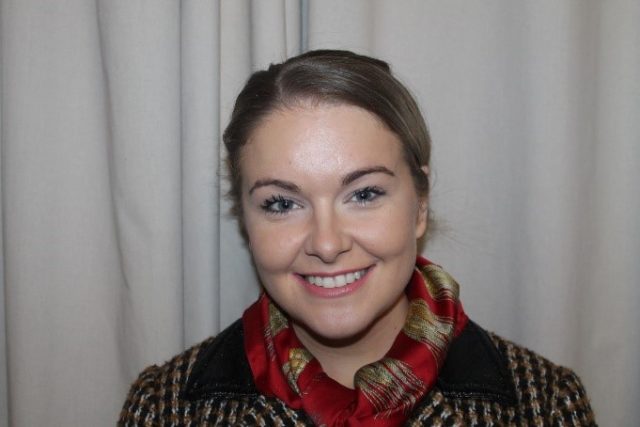 In the Ballad Group section Dromore were up against some of the best Ballad Groups in Ulster but unfortunately this was not to be their night and the Carrickcuppen Club for Armagh emerged as Ulster Champions.
The second half of the night’s entertainment opened with the Léiriú section with four counties providing the audience with dramatic portrayals of three significant land marks in Irish history and the fourth being more light hearted. Derrytresk’s production entitled “That the Young Might See the Morn”, enacting one of the many injustices suffered by the Irish people during the famine times won out on the night, providing Tír Eoghain with its third Ulster title on the night. 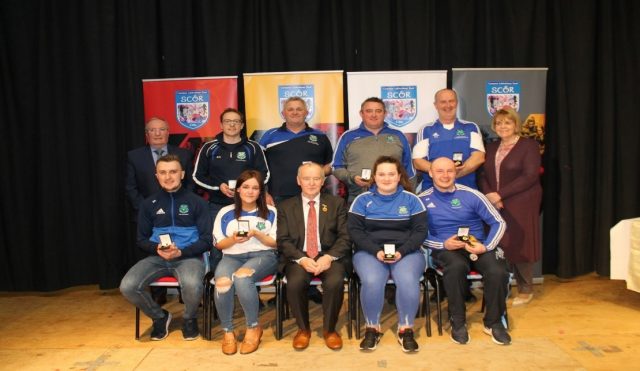 Rúnaí Coiste Scór Uladh.
This was followed by the Ceol Uirlise section, which was the only event Tír Eoghain was not represented in, and was won by the Mullaghhoran club from Cavan. The final event of the night was Rince Seit represented by the dancers from the Carrickmore club. The eventual winners on the night were from the Crosserlough club, who were following up a very recent success at Scór na nÓg level.
All in all this was a most successful night for the Scór community in Tír Eoghain winning three Ulster titles with the Tráth na gCeist success of An Charraig Mhór Tír Eoghain going forward to the All Ireland Finals in Sligo I T on Saturday 14th April 2018. By tyronepro Mon 26th Mar